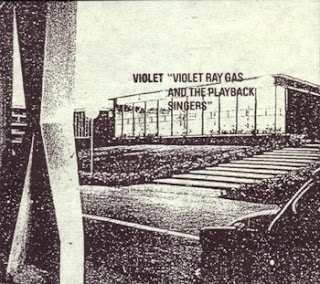 Violet is Jeff Surak. Differently sourced, but some of the material here reminds me of Scanner from the mid-90s: tense, vaguely threatening electronics with a hint of pulse melded with a garbled voice recording on the first track (among many other sounds elsewhere), creating a strongly dystopic aura. The music veers between troubled calm and aggressive harshness, sometimes suddenly. The title piece shifts gears, combining lowed bowed string tones (sampled?) over a dire rumble, very cinematic and really quite effective--the highlight of the disc, which closes with a cut that's oddly beatific, though possessing enough warpage for one not to be gulled into passivity. Not quite in my normal comfort zone these days, but a good recording. 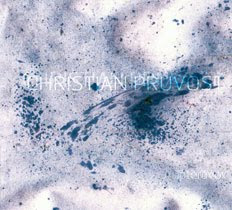 Solo trumpet from a name new to me. It's odd--the accompanying material namechecks Dorner, Kelly, Hautzinger and such but Pruvost's approach, at least here, can only be heard as overtly virtuosic in a manner generally eschewed by those fellows and similar musicians. So, for example, the opening track uses breath tones, strangulated cries and extreme tongue-flutters but the overall sense is as if one's listening to, say, Toshinori Kondo taking a solo turn during an FMP gig. The second has a more interesting, very low rumbling attack, something that sounded fairly new to my ears (similarly, the didgeridoo-like tones on the final cut) but, as on all five tracks, there's nothing much in evidence apart from exploration of technique and, more often than not, that technique is thrust upon the listener in a "look what I can do manner". Not satisfying. 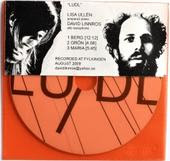 Ludl is Lisa Ullén (prepared piano) and David Linnros (alto saxophone). Three pieces on this brief, 23-minute disc, recorded in August of 2009. The sounds elicited by Ullén sre familiar in a Cage-sense, many dulled, buzzing thuds while Linnros pretty much sticks with gritty, wavering long tones. The music won't knock your socks off but it's very well played and conceived, the structures (improvised, I assume) have a nice irregularity to them, stopping and starting unexpectedly as though cut from some rough material with unwieldy shears. Worth a listen. 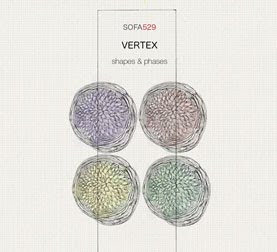 Yet more musicians I've never encountered previously (that the case for all four today). Another duo, Petter Vågan (lapsteel guitar, acoustic guitar, electronics) and Tor Haugerud (percussion, signal generator, field recordings). They get off to a shaky start, somewhere in kind of avant-Frisell territory but recover their balance quickly enough as the music attains some degree of depth and grit, helped significantly by the electronics and recordings. The third and longest track, "Attractor" (true, some of the titles scream out, "90s!"), works very well, a thick stew of hums, whirs, sirens, clanks and more, hurtling forward. They fluctuate a bit between that more melodic tendency and a richer, darker one, my preferences running to the latter ("Morphometrics", "Ellipse"--in which you'd swear there was a raging bass sax back there somewhere); I'll be interested to hear more.

there's lots and lots of them. I receive demos most days of the week now from musicians I've never heard of - and a good proportion of them contain solid and worthwhile music, with the odd gem thrown in.

The improvised music world is getting more and more widespread and diverse. Which is a good thing, I'm sure, but it makes it virtually impossible for any one person to keep tabs on things in the way you could when there were only 200/300 people in the world playing this stuff. Nowadays we can all really only have an overview of parts of the total landscape, I think.

The only disc of the ones you review that I've heard is the David Linross / Lisa Ullen duo, which I agree is definitely worth listening to, though I fear very few people will.