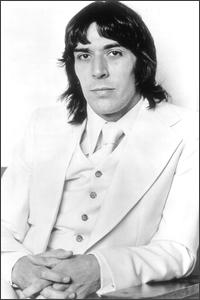 So, as far as I can remember, the Velvet Underground was an unknown quantity in Poughkeepsie in the late 60s. They were very much a NYC band after all. On the other hand, I do remember hearing the Fugs ESP-Disk back around '70-71 so, who knows? In any case, VU wasn't being listened to by the kids I hung around with in high school. My first recollection of hearing of them in any detail other than the name was with reference to the burgeoning punk scene in '74-'75 (maybe alongside the release of 'Metal Machine Music') by which time I was thoroughly immersing myself in avant jazz and had less than no desire to look back onto anything rock-like in nature.

The odd thing is, I went through a bit of a John Cale phase a few years earlier. I'm pretty sure in the summer of '72, on that fine WBRU station, I heard some Cale, presumably "The Academy in Peril". I quickly picked that up along with, in the ensuing year or two, "Paris 1919" and his collaboration with Terry Riley, "Church of Anthrax", greatly enjoying all of them (although they too would succumb to my Great Rock Purge of '75--I remember that Anthrax was borderline, but I was ruthless in those days! Awful decision). I suppose I knew that Cale had been in VU but for whatever reason, I had no itch to go back and investigate. I recall almost buying MMM as well, most likely due to reading various rock critics refer to it as "unlistenable noise", but deciding against it.

Since then, periodically, I've thought I should give these records a real listen, having heard bits and pieces that were intriguing and, more, curious about the influence of people like Tony Conrad and Lamonte Young on this branch of rock. A few years back, Jon lent me some mid-60s Cale (extended drones) that I loved, also stoking interest. More recently, having come to understand the large effect Young's music had on nascent AMM (via Cardew), my curiosity was sparked once again. The Josetxo Grieta disc was just the thing to get me to finally pull the trigger.

So I picked up the first two this afternoon, even springing for the "deluxe" edition of the first album. "White Light/White Heat" is on at the moment and, overall, I'm enjoying this more--far dirtier and grungier. But I liked the other as well, not surprisingly preferring the more extreme things, actually enjoying "European Son" the most. And it was obvious to me that I've heard "Heroin" more often in the past than I thought as it was quite recognizable. (The same thing with "I Heard Her Call My Name")

Anyway, glad I finally got 'em. Give me a few decades and I'll get around to stuff.

how about 'The Gift'? that blew my mind when I first heard it in college.

looking at the track listing for the third Velvets record as opposed to just going off memories, it is definitely more song-based and mellow, but some of the songs are fantastic.

but as a Sister Ray fan, you might want to take a look at this:

Hi,
Just to say that I warmly look forward to the Keith Rowe biography....as someone who is finding it difficult to gain an inroad to this mans music it would aid me greatly.
I know that this is off the subject so to speak but after reading your review of the Rowe/ Nakamura set on Erstwhile where you mentioned this I felt like dropping you a line,
Best,
Nick Gall
Scotland

Thanks for the kind words, much appreciated.

The Rowe bio is moving apace, though a mighty slow one. Hope to have it done within a couple of years, so no holding of breath, please. It's a combination of slowness on my part, having to work a full-time job, having a wife and family etc. I now know why writers take sabbaticals...

Jon, there are a couple of tracks on both records that remind me a lot of early Beefheart--The Gift is one (instrumentally) though the spoken vocal reminds me, of all things, of Cream's "Pressed Rat and Warthog" where Baker does a similarly intoned reading. But yeah, it's an execellent piece as well.

One other striking point of influence--some early Eno pop seems to owe a *lot* to VU, particularly songs like Sunday Morning.

"a couple of years" must mean you've got a bunch of new chapters I haven't seen yet, looking forward to those... :)

"some early Eno pop seems to owe a *lot* to VU, particularly songs like Sunday Morning."

yeah, this is one reason you need to hear the third, I believe Eno has called 'Pale Blue Eyes' the best song of all time. I don't see that exact quote, but:

"In 1967, while at art school (his second) in Winchester, Eno bought the first Velvet Underground album. He thinks he may have been the first person in Britain to get it. “Only a few thousand people bought that record, but all of them formed a band of their own.”

The Velvet Underground album he liked best was the third, The Velvet Underground (1969), the one with 'Pale Blue Eyes" on it. Eno: 'It’s beautiful -- strange and melancholy, with a slightly mad quality. I immediately gave it away to someone, and have never owned it since. I never wanted it to become commonplace. If it’s great, don't do it too often.""

Don't have any VU (yet), but I just bought Cale's "Vintage Violence." I'm pretty disappointed, as there are only two tracks that I really like, but you make it sound as if his other work is more interesting?

Mwanji, I've never heard Vintage Violence (I think it pre-dated Academy in Peril and Paris 1919). But there's little common ground between those two and the severe drone-oriented pieces from around '64-'65. You go from ear-splitting harshness to sorta neo-classical pop, neither of which sounds like VU (though you hear vestiges of the drone there), making it tough to generalize about his early stuff.

You know, there used to be a time when you could rely on Mr Olewnick to be predictable. A nice guy, great musical taste, but somewhat predictable.
But then in recent months he's dropped two bombshells... first he likes the Mattin - Songbooks Cds... and then he goes and tells us that he has never heard The Velvet Underground until this week... Just when you think you know a person...:)

I don't really like any John Cale solo, but anyone even vaguely interested in rock of the past 40 years needs to hear the first few Velvets records (not sure whether Mwanji was talking about those or the solo Cales mentioned earlier).

those Table of the Elements Cale discs are OK, but I'm personally at the point where if I never hear another minimalist drone, I'd be perfectly happy.

having a wife and family

Pfft, family. You'd think your wife was dropping kids like Robert Benchley tossed off bons mots. Now please excuse me, but I have Old Navy mix-n-match baby separates to price.

"Whoops, dropped another one, Tita. Leche! It was God's will."

I have been on a huge solo Cale kick for a few months now. Paris 1919 & Fear are on heavy rotation. I saw Mr Cale play "way back" in 1998 w/The Creatures (Siouxsie Sioux) and he blew it up.

I was a massive Velvets and Cale fan as a kid, but my experiences of Cale live have all been really disappointing. They consist of two solo shows, both involving Cale and a piano. One of these was cut short after twenty minutes as he was feeling unwell, the other was a really bad conceptual thing wherby he played along a new soundtrack to old silent films.

I also saw the Velvets reunion show iat Wembley in I think 93, which was one of the most disheartening and depressing things I've ever witnessed, and finally I met the man at a book signing of his great autobiography What's Welsh for Zen? and he was nothing short of downright rude...