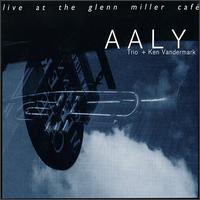 Continuing to browse this morning...

A May, 1999 date at the Stockholm club with the unlikely name, at least for a venue hosting this sort of music. I reviewed this for AMG here and, again not being too interested in this musical direction nowadays, I'd stand by it for its own sake. It might be their most solid release (not having heard 2002's "Double or Nothing". Kinda nice moody cover. I'll probably get into Mats and KV more when I wander down to their sections of the cabinet. Nice choice to record a Joe Harriott cover, "Idioms".

I've been searching out Harriott recently, having neglected to pick up the reissues when they first appeared a few years back. Now they're tough to come by. In my AMM research, it's become apparent that for the British musicians edging into free jazz in the early 60s, Harriott was really the guy they looked to, more so even than the Ornettes or Sun Ras of the world, as important as people like that were.

I imagine I picked up their fourth disc, "I Wonder If I Was Screaming" (Crazy Wisdom, 2000) almost out of a sense of obligation. Again, I gave it a very favorable review but in all honesty, I can't really recollect much about it today. This past January, really only to pay my respects to McPhee, I went to the Stone to see The Thing, one of Mats' current band with Joe, bass and drums. In addition to their own pieces, they sort of specialize in performing covers of the odd rock song, things like PJ Harvey, Black Sabbath ("Iron Man"!) and so on. Fun, I guess, but...why bother? At least on that night, they made the inspired choice of Mongezi Feza's beautiful "You Ain't Gonna Know Me Just Because You Think You Know Me" from the equally gorgeous album by Louis Moholo, "Spirits Rejoice!" But overall, Mats' ultra-macho roaring proved quickly tiresome. Yes, you're a stud. No, we don't care.