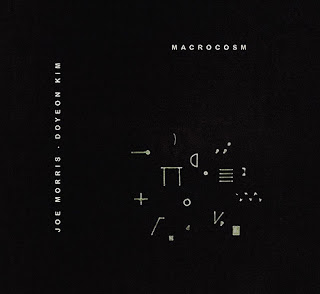 A set of five improvisations with Morris on unamplified electric guitar and Kim on gayageum, a traditional Korean stringed instrument somewhat analogous to the Japanese koto or Chinese guzheng. Not to compare either Morris' style or to conflate Asian stringed instruments, but the almost inevitable point of reference one has coming in is the 'Viper' project of Derek Bailey and pipa player Min Xiao-Fen (Avant, 1998). There are certain broad similarities, but two essential differences: 1) Morris is far more willing than Bailey to bend toward the tendencies of his partner and 2) Kim seems to be (as near as I can tell from this recording which, at least per Discogs, is her only one thus far) somewhat less committed than Xiao-Fen to a traditionalist approach.

The pieces range from fairly active and intense, as in the opening 'Animate', to more contemplative and connected, however tenuously, to traditional forms of Korean music. 'Animate' probably comes closest to that Bailey/Xiao Fen feel, with hard-scrabbled, spidery, rapidly played lines. Morris' choice to go with the unamplified electric, here and elsewhere, serves him extremely well, its semi-hollow sound meshing quite  nicely with the gayageum. 'Expanse' indeed expands the palette via bowing, the pair generating fine, grainy, rasping waves, combined with dully booming tones from the instruments struck with bowstrings. Later in the piece, there's some lovely rolling, cascading action, watery and engaging, and it ends with some wonderful, slightly astringent strums--a fine track. The following work, 'Parsec Story', is more scattered and pointillistic, though again very active. I'd sometimes liked to have heard more space, more pauses to consider where to drop a note, but that's not typically Morris' way and, I take it, not Kim's either. Still, the decisions made are generally apt and not overly busy or cloying. In this third piece, they arrive at a surprising and welcome placid area that evokes an idyllic and general (Asian and otherwise) sense of "folk music", very tasty. The relatively brief and spiky 'Crystallinity' is the only track here where I detect more busy activity than considered thought; bristling but lacking some substance. 'Orchard', which concludes the album and is its longest cut at almost 20 minutes, uses duration to create a large, varied landscape, jam-packed with detail, yes, but also with enough "air" to suggest a breathing, vibrant space. Again, the interwoven plucked sounds, their compatible though differing tonalities, are a delight, as is the way they fall into delicate, quasi-rhythmic patterns, as enjoyable as they are unexpected. Fine work and I'm hoping to hear more from this duo.

As of this posting, 'Macrocosm has yet to be posted there, but you can find copies at Catalytic Sound and Squidco 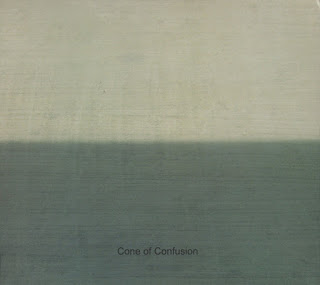 A thoughtful, enjoyable set of improvisations from Demierre (piano), Dörner (trumpet) and Kocher (accordion). My limited prior exposure to Demierre's work led me to expect something different, not sure in what way, maybe somewhat more frenetic. Not the case, happily. To an extent, the music here fits in comfortably with the improvisational lineage established by Dörner and many others, especially in Europe, over the last 20+ years: pensive, tending toward quiet, interested in superficially conflicting, overlapping and interacting textures and, here especially, some allusions to AMM, not so much in the actual sound-world portrayed, but in terms of general approach. Each musician spends about as much time in extended technique territory--Demierre inside the piano, Dörner sputtering, gurgling and gasping, Kocher drawing any number of non-accordion-like sounds from his squeezebox--as they do generating standard sounds. The tone of the music ranges from the dark, brooding and vaguely uncomfortable 'There are small observable differences', in which brief, sharp points splinter out of the (excellent) murk to the gravelly scatterings, skitterings and deep accordionic breaths of 'Position of the head'. Also, as in a piece like 'The errors introduced by such an exchange are within the errors', there's a really solid and gripping balance of smooth flow and fragmentation, as well as a bracing dynamic range. The trio returns to a contemplative darkness on the final track, Dörner evoking, to these ears, a smidgen of Leo Smith. A strong outing overall, worth investigating.