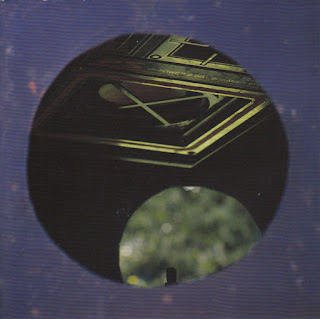 A 2-disc set of largely electronic-oriented work from Lopez, the first recorded in studio in 2017, the second live at Roulette in Brooklyn in May, 2018. The five pieces from the studio ('Red') are drone-based, ringing and metallic, with an underlying (welcome) sense of grime, of the machinery having been around long enough to accrete some amount of grit, enough to cause the occasional stutter or abrasive rubbing. Sometimes, as on 'PP', they fragment into flutters, dissolve into dry rattles ('Larga Distancia') or chirps and sputters ('Sin Batteria'). In all instances, Lopez shows great patience and restraint, evincing no interest in going full-throttle overboard, something I half-expected given the back-of-the-garage aesthetic that pervades the atmosphere. Impressive and uncompromising. On 'Machinic Fantasies', she augments her electronics with contributions from Jean Carla Rodea and Julia Santoli (performers, spinners) as well as Christopher McIntyre (trombone) and Joe Moffatt (trumpet). We hear about ten minutes of wonderfully vast, hollow tones, like a distant turbine in an immense underground cavern, before muted and buzzing trumpet peeks in. Lopez is content to wallow in this rich atmosphere for quite some time--one can imagine the effect in situ, of this reverberant mass. Various elements are added and subtracted along the way, the "spinning" possibly among them, but in general, 'Machinic Fantasies' is of a piece, a darkly idling engine throwing off liquid sparks, settling into a kind of rotating throb, never smooth, often hitting the sides of its barrel, at one point emitting lupine wails, very gradually slowing down. Could its 72 minutes have been truncated by a third? Arguably so, though I'm guessing the thought wouldn't have occurred had I been at the performance.

This is Lopez' first recording under her own name as far as I'm aware; she was a part of Vigilante Margarita which  released a self-titled disc in 2013. Here's looking forward to more.