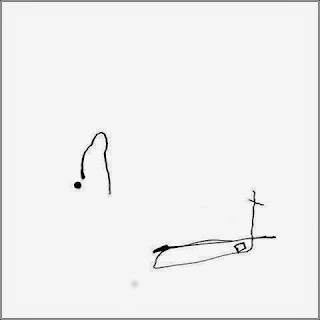 Much fun on creamy white vinyl, this. A riotous assemblage of sound, Drygianakis corralling swatches from numerous performances,m taped voices and other sources, combining it with music generated by Stathis Theocharakis (piano, keyboards), Nikos Veliotis (cello), Lilly Varaklioti (voice), Manos 'Ego Death'[ :-)] Michaelides (electronics), Tasos Stamou (zither), Stylianos Tziritas (clarinet) and Dimitris Aitopoulos (guitar). "Instead of a press release", Drygianakis provides a poignant and sharp essay revolving around his experiences in the local cemetery of his hometown, Nea Anchialos. where his uncle was interred in 2009. It's both very moving and very aware of the surrounding world--the history of the area up to and including the current crisis--as reflected in the comings and goings of visiting families, the items left behind (and often stolen), the way those items reflect changing mores, for instance the candle replacements that "burn" longer, allowing an excuse for fewer visits...

It begins with some heavy, rich chords amidst wooly static and other atmospherics, a little reminiscent of GY!BE, but quickly tumbles into more varied terrain, with quivering throbs, voices, a soprano, sounds sourced from god-knows-where, much more, stirred into a fine, near-chaotic stew. I'm not sure if the cemetery essay is inducing the eerie sensations here, but the latter stages of the first track lend themselves rather well to images of Lovecraftian chittering in an ossuary. "Part two" (of four) is sparer, though still churning--low, rotating thrums buttressing thin whistles. Quick drop-puts, distant, vague voices, a low-pitched clarinet, cricket-like sounds, zither, imported strings--all file through, overlapping, managing to make some sense, beautifully deployed. This approach continues in the next cut with different elements (including what seems to be some church-based chanting) but maintaining a large interior space feeling and that eeriness, though that wears out its welcome a little bit. The final cut gets back on track with dense, dark electronics opening into a light space with cello dabs, voice blips and other scattered sounds flitting about, escalating to a massive assault, dropping abruptly away to steps, faint cello and hollow voices. 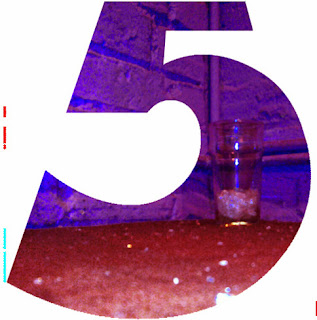 Mattin - Songbook #5 (Disembraining-What Is Not Music? #1)

In which Mattin comments on several issues involving freedom and improvisation, doing so in an anally constricted, rule-bound format revolving around the number five and, at least obliquely, referring to works like the Rowe/MIMEO project, 'sight'. Briefly, as a response to Australia's What Is Music? festival, Mattin posed the opposite question, having five musicians (Joel Stern, Andrew McLellan, Dean Roberts, Alex Cuffe and himself) improvise five, five-minute songs based on five ideas expressed in five-word phrases (e.g., "Aware Of Its Own Mediation"). He then did a 25-minute (5x5) concert in five equal sections based on these ideas and subsequently delivered a "singing lecture" which served as the vocal tracks for the pieces, all of these elements stacked onto the final product (à la "sight") and released the end result in an edition of 555 copies. One chuckles both at the notion and at the self-recognition of one's own anality.

The music? It's rock, more or less, of a particularly sludgy kind, muffled bass, loopy synth, a sluggish morass through which Mattin's highly distorted vocals meander. It's kind of dumb but seems to take its dumbness at face value, enough so that I actually found it not so hard to slip into and enjoy in a gooey, guilty kind of way. The final cut breaks the mold a bit, allowing more space, resonance and, to these ears, a more complex and headier kind of beauty. The words are more interesting though, Mattin continuing to question the scene's aesthetics and values, always a worthwhile endeavor regardless (or for the value of) pissing off or exasperating (or boring) denizens therein: you had to construct/your believe [sic] in self-expression/your believe [sic] in lived unmediated experiences/you just never show the process.

Hear for yourself: here 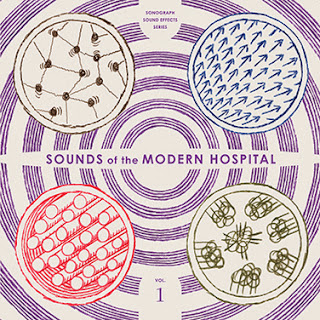 I worked in a large hospital in NYC (Mount Sinai) from 1977 to early 2013. For a decent portion of that time, about 1988 to 2007 and sporadically thereafter, I found myself in patient areas that included a ton of technology: ICUs, X-Ray and MRI centers, ORs, ERs and dozens of kids of laboratories, most of which contained items capable of generating sound. On the one occasion where I actually underwent an MRI, the neurologist, in my pre-exam consultation, warned me about the noises that would occur and described them, advising me that many patients found them scary or uncomfortable. "That's ok," I said, "it sounds like a lot of the music I listen to." "You scare me," he replied.

Mark Vernon has assembled, in a wonderfully designed retro package (I love the faded purple), 33 slices of sound from hospitals in Scotland, sound of both mechanical and human derivation. They're presented blankly, "as is", no specific commentary or narrative in effect, though, over the course of the recording, the listener may inevitably construct such. Many of the technological sounds are iterative, various analyzers, pumps, printers, scanners and other medical devices and they, clearly, have a decided "musical" content. But here are also the voices of staff conducting therapy sessions here, chatting there. A particularly eerie sequence occurs when we hear coughs and wheezing played through a mannequin, a simulation device used in nurse training. The extracts are short, running about a minute or two each, delineating this as a "sound effects" recording (though some, like "METI Human Patient Simulator" have a quasi-musical aspect that sounds intriguingly close to, say, an extract from a Keith Rowe performance). But it becomes impossible not to embed these noises into an imagined whole, an alien sort of environment which, nonetheless, we've come to rely on. Those cool, detached beeps need to be warmed up to one of these days.

Oddly absorbing, do check it out.