[Entr'acte seems to have departed from its former disc wrappings, that metallic/plastic deal with info printed directly on. Current sleeves are hard paper, black with the catalog number in large white letters. I've chosen to illustrate the releases with the image that appears on Entr'acte's website] 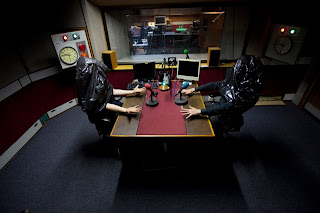 My sole experience with Goldie, as near as I can recall, was as the less interesting half of Deflag Haemorrhage/Haien Kontra with Mattin at Issue Project Room a few years back. While Mattin was, in this case, interestingly provocative (not allowing people to sit--forcibly pushing off a chair one attendee who insisted--, endangering eyes and other head parts with collapsing music stands and describing, by name, the actions of certain audience members) Goldie, wearing camouflage gear, largely stalked the floor in a mock Frankenstein manner (something, judging by some photos on the Entr'acte site, he's yet to give up on). It was pretty aggravating. Things are better here partially, I'm guessing, as we're spared the visuals but also, presumably, due to Beban's participation. Goldie's largely, not exclusively, on drums, Beban on guitar, voice and other instruments.

Three CDs worth then, along with a book-sized volume which contains a page of text for each of the 85 tracks; titles or not it's tough to say, but I'll go along with that. Words, phrases, mostly English, some French or German, some palindromes, internal repetition, all in caps. The music? My first thought was some of the more out percussion pieces by Sun Ra from the mid to late 60s, without any African allusions but with a similar looseness and dark, underlying texture, here including deep scrapes and metallic groans. They actually hit some near grooves, and fine ones, on occasion as on the third track, Disc One--I can imagine being quite pleasurably immersed in this in a live situation, amidst the throbs and pushing pulse. Others remind me a bit of Ascension (Jaworzyn, not Coltrane) and that whole Isolationist/noise vibe form the 90s--molded into a somewhat more song-oriented form, you might find Caspar Brotzmann/FM Einheit lurking around here. There's a healthy dose of raw noise as well as some not terribly subtle quieter moments (not that subtlety is a goal here). On its own terms, the music flows well enough, is sequenced in a way that holds some interest, though I miss even any attempt at real provocation a la Mattin. Do we need three full CDs worth? No. Not much for my taste though others may revel. 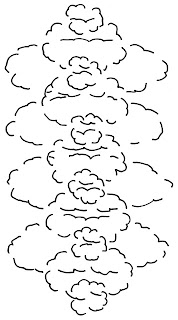 A brief (23-minute) set of processed electronics. As is all to often the case, the sounds are quite redolent of early (50s-60s) electronic music albeit less awkward, more silky smooth--not necessarily a good thing. It's full of flutters, echoed patterns that flit by like swallows or gnats, loom in from the distance, hurtle past, generally with an interior pulse. The sound field is almost always occupied, with an attack ranging from skitterish to watery; I'm thinking Joan Mitchell abstraction but without the ecstatic coloration. Here it's more Georges Mathieu, splashy and vibrant but ultimately insubstantial. I admit to a lack of understanding as to why exploration along this avenue is still pursued, but perhaps it's just me. One desperately wants to hear more grit, more false starts, more wonder. 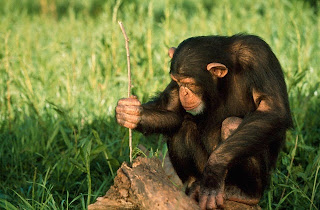 Well, there's decidedly more grit and uncertainty to Bruckmann's foray into pulse-based electronic music. He sets himself the quixotic task of, to some extent, replicating the throb effects of various dance forms without the use of drum machines or sequencers, relying only on his trustworthy oboe and English horn, analog synths and "malfunctioning" electric organs and pianos. One might ask, regardless of success rate, whether or not this is a goal worth spending time on and I suppose the answer might depend on one's susceptibility to the charms of said dance music. My own is pretty much nil so, while the music lopes and trundles by in an engaging manner, it's hard for me to get excited about it. There is a nice wheeze factor, sometimes the reeds, others (I imagine) one of the organs, making for the rather humorous image of an arthritic techno aficionado gamely sticking with his chosen art form and, I should say, the sounds are entirely pleasant and surprisingly non-obnoxious, just inhabiting an area that it's hard for me to drum up (so to speak) much enthusiasm. Your voltage may vary. 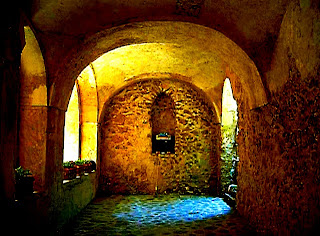 Andrew Leslie Hooker - In Emptiness There is Truth (Entr'acte)

A work designed for the Italian Ravello Festival, this is a recording that begs to be experienced in situ. Hooker, via a large array of recorders, tapes, computers and mics, constructs a ghostly swirl of winds and disembodied voices--too stereotypically ghostly, perhaps--that one can imagine flowing across and through a large interior space. Within this, Seijiro Murayama contributes vocalizations--hoarse croaks, frail whinnies, etc. It's all very much of a piece; what variation is found comes courtesy of Murayama and that's minimal enough. You really want to be able to walk around amidst all this, probably in the dark, to perhaps have those croaks emitted from various points--could be spooky enough. Much less immersive, necessarily, when experienced via speakers in the comfort of one's home. [an aside: shortly after listening to the Hooker disc for the last time, Jeph Jerman's "Lithiary" happened to surface on my shuffle, 46 minutes of the "same" sound, small stones being gently tossed about on a moving shelf. But so much not the same! Something, perhaps, to be said on the virtues of acoustic sameness versus the electronic variety] 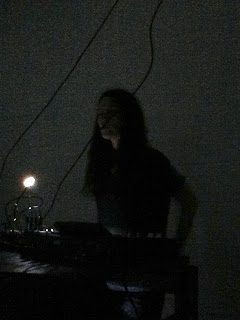 Here's an example of a disc whose music lies well outside of my normal parameters but which I nonetheless find absorbing and highly enjoyable. Parker creates five tracks on this EP, each of which dwelling in a beat-laden atmosphere, but one in which the pulses are very slow, somewhere less than 60bpm, sometimes much less, usually imbued with both massive bass underpinnings and a sizzle of irregular grime atop. The slowed tempo and the elements chosen combine to form a luscious, lava-like flow, forming an endless stream of surges that encrust, break, encrust, break, iterating but accreting variances as they go. There are doubtless more appropriate references but if you imagine some of Laswell's dark ambient 90s work and then up the quality level three or fourfold, you'll be in the vicinity. An odd combination of rich and desolate--I like it a lot, can only imagine hearing it live, worrying about dislodging embolisms...Great stuff. 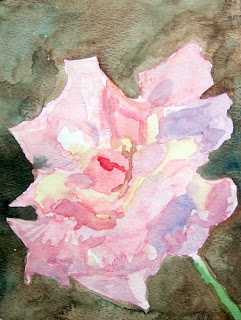 I know Asnan from his work with the trio VA AA LR (with Vasco Alves and Louie Rice--this is rather different from their music. The site describes the three pieces as musique concrète but the immediate sensation is one of advanced glitch and it's really fascinating, dense but fluid, busy but unforced, a quasi-tonal repeated thread running through silvery and rapid electronic noise with bass blasts more felt than heard. That textural range is beautifully presented (partially due to Giuseppe Ielasi's mastering, I'm guessing); there's a vast sonic distance between sounds. Track one recalls Tudor but more slippery while the other two seem to have at least a portion of their source in string work of some kind (cello or bass?). I was reminded a bit of the classic, late 90s work of John Wall here and there but this music is more visceral, extremely present and, for lack of a better term, three-dimensional. You feel as though you can reach into the air and surround it with your hands. Fine work, wonderfully unspooled, utterly captivating--one of my favorite things this year.