In the last several years, Hennies has performed, among others, numerous pieces by Alvin Lucier, so it's not a total surprise to encounter that decided influence in "Flourish (for vibraphone duo). What may be a bit surprising is how fresh and alive and downright absorbing the music is despite, or because of, this influence. Though for duo, the work can apparently be performed by a single musician; in either case he/they move about the vibraphone, playing defined sequences at different points. Within each segment, there's a consistent rhythm, faster or slower, the initial pair of mallets generally joined by the second, resulting in shimmering patterns of overtones and room-molded sounds. There's a clear lineage to works like Lucier's "Still and Moving Lines of Silence in Families of Hyperbolas" though Hennies dispenses with sine tones and doubles the acoustic instrumentation. As in those pieces, one teeters ever so delicately on that divide between the aesthetic and the science experiment if one chooses to make the distinction (I do this less so than many, I'm guessing, but still there are times in Lucier's music where the sheer experiential data outweighs the beauty). The transparent presentation of sonic phenomena can be off-putting to some but, in this instance, I find the results gorgeous, mysterious and compelling enough in themselves, more than enough to sensuously wallow in.

(While writing about this release, I had occasion to see an in-store concert by Tom Johnson, performing (with Carol Robinson) two of his works, "Music with Mistakes" and "Questions". It provided a fairly clear offset to Hennies' music insofar as it wandered rather far into the science--actually, in this instance, mathematics--end of things, any emergent properties all but evaporating. In fairness, Johnson eschews such emergence but, as intellectually interesting as some of the night's sounds were, a good part of me longed to hear something along the lines of "Flourish")

RIght from the start, those great bent tones entrance, more so when mirrored a fraction of a second apart; you know you're hearing an iterated acoustical phenomenon yet/and you could listen for hours. The work is more chronicle than narrative, each segment a kind of time period within which something happens (what isn't?), the sequencing taking care not to leave any two overly akin portions adjacent to each other but otherwise with no hierarchical sense. Surprises abound. When the rapid fire second series begins, at first it sounds ordinary enough but one gradually picks up layers and patterns that weren't overt on first blush and when the second pair of mallets emerges, the spectral sheen produces waves of giddy sonic glee. Each section is given several minutes to gestate, allowing the listener to piece together relationships within the sounds and there are plenty to discover. It close with a near-silent episode, sounding as if one is hearing the music from a house two doors down. A wonderful recording, automatic for fans of Hennies or the lineage of which he's a part. 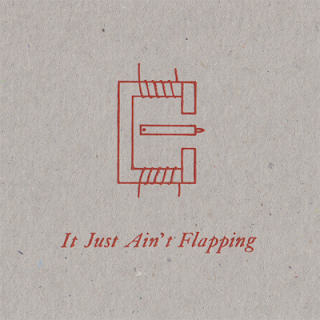 When last we left Mssrs. Vasco Alves, Adam Asnan and Louie Rice, they were sending off distress flares, wielding fire extinguishers and other assorted hardware. I don't recall if I summoned the ghost of Voice Crack on that occasion but they're lingering about now in the sense that the sounds seem often to derive from some variation of "cracked electronics" and commonly contain at least a smidgen of buried pulse. That said, I enjoy this trio's music more in that there's less a feeling of the spectacular and more of just going about their business with an intelligent inquisitiveness and a finer idea of space. Maybe think: the nephews of the Bohman Brothers. Descriptors are pretty useless. Yes, there's a Stevie Wonder capture along the way, but it's just one element submerged among hundreds. The point, for me, is the flow, the obvious imagination in effect, the avoidance of too many cliches (hey, everyone hits some...), the evocation of a real space in which fascinating things occur for 36 minutes in an array of colors, most of them rusty. That's enough. A really strong recording - check it out.