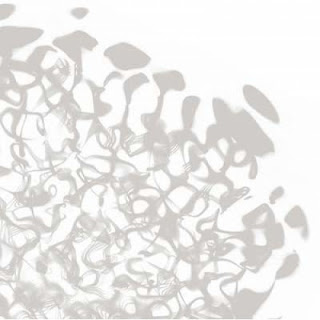 Listeners whose exposure to Pisaro has been solely through recordings might be surprised at his astonishing range of knowledge with regard to all sorts of music, including popular forms. Were they to hear this release with no external data as to the sources informing its creation, they might well remain so as the references are, to say the least, oblique. Hell, I *know* a bit of the background and still find the connections difficult if not impossible to pin down with any exactitude. (you can glean more from this fine interview with Pisaro). Suffice it to say that he extracted brief fragments from various popular songs (country, blues, rock, rap) and hyper-expanded them, re-contextualized them into the kind of structures, more or less, he'd used in his "standard" work, allowing a good amount of freedom to the performers and in the process, rendered the original sources all but unrecognizable. After several listens, I gave up the identification game and settled back to simply attempt to extract my own enjoyment of the pieces as contemporary songs, which was my approach when I attended a performance of several of these compositions in Brooklyn last fall. Of course, that proved to be difficult enough as well....

There are eleven pieces which fact already causes one to approach the recording differently from other Pisaro works which tend to run a minimum of 15 minutes and often quite a good deal more. I've taken to expecting a large degree of evolution within a piece and a struggle, as a listener, to try to mentally encompass everything that has occurred over the time, similar to how I deal with late Feldman--a challenging task. Here, things are bite-sized but, oddly, it doesn't make the going easier; in fact, it might be harder insofar as the songs end when you've just begun to sink into their framework. The first track, for instance, "Blues Fall", is derived from Robert Johnson's "Hellhound on My Trail", in particular the line, "blues fallin' down like hail". It opens with a beautiful low drone and gentle cymbals, leading to a female voice (four women are credited with vocals, though individual song contributions aren't indicated; I have no idea who is singing where) softly intoning the title phrase, very much in line with the general tenor of the piece. Other words are blurred enough that they're tough to decipher, though "down" seems to be there; perhaps the whole line is, or more. Listening to the original, I can just make out a connection between the song's opening chords and the general tenor of the Pisaro piece, though I half think it's in my imagination. As mentioned above, I'd rather simply listen to to the work "naively", and allow the shimmering washes of tones drape themselves around me (the instrumentation of the nine musicians on the recording centers around voices, harmoniums guitars and percussion), though, admittedly, it's not easy keeping that geekily questioning part on my consciousness at bay.

And, hah, I just discovered that the second cut, "Fool", is the one based on a DJ Screw/UGK track, an area of music whereof my knowledge is minimal to say the least. Unsurprisingly, the compostion bears no resemblance to anything I have heard out of that scene, but no matter. It's not dissimilar in tone from "Blues Fall"; perhaps Pisaro's distillation locates some common ground, which would make some sense. Ach, hard to resist the detective work. I take it, "New Orleans" has its source in Dylan's "Blind Willie McTell", a song I was unfamiliar with. Listening to it now, I'll only say that I prefer Pisaro's reduction aby a few hundredfold, with its rich, deep harmoniums offering some fine, subtle drama. Gorgeous song.

"I Didn't Say Anything" is derived from work by Juan Munoz, a Spanish sculptor with whom, again, I'm unfamiliar. The piece stands apart, using spoken dialogue by Pisaro and Jason Grier as well as containing sparer explicitly musical content and more silence; in a way it sounds more akin to earlier Pisaro music and fits the Beckettian character of the exchange. It's a piece I came back to often, a very moving one. I had previously read that "Silent Cloud" was both written for Julia Holter and based on The Beatles' tune, "Julia", a song I know well enough. I may have made the association on my own, but here the opening piano chords retain clear echoes of the original and I *think* I hear a faint "calls me" buried somewhere in there. Holter's voice is especially lovely here and the somehow stately pacing of the piece works beautifully; if I could imagine any of these songs being performed in anything resembling a pop context, this might be the one. It's around this point in the disc that things begin to become beguiling on the whole, the point at which I slip into the appropriate gear ratio to sync up with the music. I'm doubtless missing aspects (I don't quite get how Pisaro's concern with what happens to "political music" manifests here) but these "packets" of sound have become graspable both individually and as part of a suite of sorts. There's some sameness, though always enticing, but just enough variation (as in the spoken piece from Munoz or the set of relatively abrupt sounds in "A Better Way of Life") to salt matters well and closing with the mischievous, three second, dropped-book piece, "Why".

One of those recordings of great surface beauty which, when rubbed off, reveals even more intricate and meaningful beauty beneath.