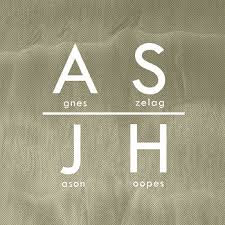 Sometimes a release happens along that touches on two or three aspects of listening to and writing about new music. One is when something appears out of the blue, from musicians of whom I'd never heard, that just bowls me over on first blush. I recall when Vanessa Rossetto sent me her first three discs being totally floored. It's a wonderful thing and occurred here, with this duo album from Hoopes (piano) and Szelag (cello). Immediately, I was entranced by the dark, lush but slightly acid-tinged chords, the slow, seesawing piano, dreamy and poignant but managing to skirt any sentimentality. Really stunning.

Then, on re-listen, I thought, "Wait a minute. Was I too 'generous'? Had I been lulled in a kind of soporific state? Was there really that much there?" This happens sometimes, when one can be overwhelmed by an extremely attractive surface only to realize that it was a rather brittle shell, with only dusty air beneath. Well, I've been listening to this one for a few days now and, while I'd make no claim as to its earthshakingness, it's one lovely, moving set of music, subtly different from anything else readers here are likely to bump into.

A little searching around turned up evidence of the pair hailing from Mills College, both students of Fred Frith (Hoopes, most often a bassist as near as I can discern---though his piano work here is very sensitive--, is active in a trio with Frith and drummer Jordan Glenn, among other ventures whilst Szelag includes work with Chris Cutler and more). I can't say I hear much Frith in the music, though I certainly haven't kept up with his work in a long time, but other diverse reference points drifted around...There are five October Pieces written by Hoopes and two Shadows by Szelag. The Hoopes compositions are often based on two pairs of chords, gently but firmly played, suspended, forming a softly iterative framework through which the cello weaves long tones. The piano is largely consonant but just tart enough in the higher registers, richer and creamier in the lower, the cello tending toward adjacent tones that never quite smoothly mix in (a good thing) but create a color that's isolated but related. The tempo is always slow, the feeling melancholy and contemplative. The easy referent, one I know I make too often, is Gavin Bryars, by which I mean to say the "good" Bryars from around the "Hommages" period (late 70s, early 80s) prior to the overwrought excesses of his ECMization period. A similar brooding darkness, deeply Romantic in the classic sense of the term. Here and there I was reminded, oddly enough, of Michael Mantler's "No Answer", some similarity in the piano chords that's rare to come by. Other pieces strongly evoked Angelo Badalamenti, his sparser side ("October Pieces 4", in particular).

But enough of reference points. The two pieces by Szelag have a kind of plaintive urgency not quite encountered in those of Hoopes but otherwise the compositions are very much of a piece. Were I to quibble, I might say that the music is a bit too much of a piece over the course of the recording, but that's a tough complaint to file given how honest and beautiful it is. To these ears, the duo manages to avoid the traps of over-sweetness or mere nostalgia, composing and playing with an open, stirring sense of warmth and concentration. Listeners who love composers who are aware of all things contemporary but whose music is nonetheless connected to older traditions (Howard Skempton comes to mind) will find a huge amount to enjoy here. Dig in.