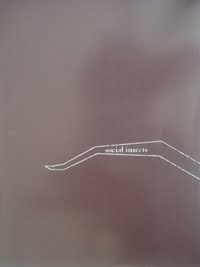 ...I remember a disc from Koch on ECM about 24 years back called "Accélération"; liked it a bunch back then, had a nice edge to it, though I imagine I might feel differently now. Here's a far more recent affair, a collaboration between Koch (bass clarinet) and Badrutt (electronics). As much as I hate to generalize, it falls into that category of musicians trying to extend the parameters of efi, a tough task to these ears. There's always that uneasy balance being sought, wanting to venture into post-AMM improv (another generalization) but being unable--or unwilling--to shrug off the jazzish flourishes and tropes associated with the Euro free tradition. So there's much activity (hard, given the disc's title, to refrain from a certain adjective...) without a sense of either close listening or real abandon. There are a couple of happy exceptions on the ninth and twelfth (final) tracks where the duo veers into a deep, steady hum interrupted by fine, ragged crackles, alternating roles on the two pieces; would that there was more in this line. 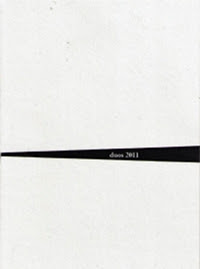 Perhaps necessarily something of a hodgepodge, the general tenor is in line with the aesthetic of the recording above, more or less alongs the lines you expect if you know Kocher's work and that of his collaborators. Koch burbles and erupts, Wolfarth bows his cymbals, merged with high accordion pitches, Badrutt contributes some subtle work (more interesting than the session with Koch), Leimgruber is more restrained than I've often heard, generating some good, hollow metal tube noise, Schiller's spinet gets a spiky workout to no great effect and Müller closes things out by contributing to the richest track here, flush with dark bowings and low, liquid growls from Kochar, pensive and troubling, quite effective.

As with "social insects" there are signs here and there of more intriguing work but, for these ears, too much time spent on more superficial "interaction" than on probative playing. I would like to hear more Müller....