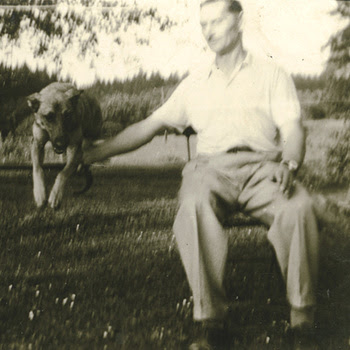 Wherein Toshi joins Erik Carlsson (percussion), Martin Küchen (baritone and alto saxophones, radio), David Lacey (percussion, electronics) and Paul Vogel (computer, clarinet). Two long tracks, full of color though something about them nag at me, not the degree of rigor I like to hear in ensembles like this, perhaps. In some ways, the music reminds me of older things on Erstwhile like "La Voyelle Liquide" or "Bits, Bots and Signs" but without the vigor and bristling excitement those possessed at the time. I don't mean that to sound overly harsh as this work is perfectly enjoyable, just not as gripping as I want it to be. It's dark and sonorous, the percussion often dwelling in muted, low bell territory, Küchen performing in his gritty, wrenching, very strong manner. The latter provides some of the more probing motives as a real sense of angst accrues, the reeds offset now by an insistent pulse, then by scratchy, nervous rustlings, this right at the conclusion of the first piece.

The second track establishes layers of ringing tones, very dry, offset by deep gongs, pulsing rapidly. It;s a wonderful sound and something one can easily wallow in but, I don't know, maybe too easy. Maybe it's the sheer consistency of it, that it's too unruffled; despite the surface anguish, there isn't much perturbation in the structure.

I admit I get the sense I'm nitpicking here and I'm sure many will enjoy this release, in some ways similar to the Bombax recordings with Toshi from a couple of years ago (this was recorded in 2009, btw). 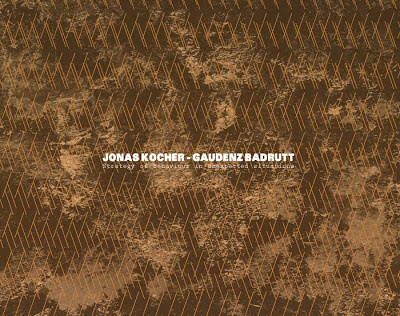 33 minutes of subdued, generally solid bumping of heads between Kochar (accordion) and Badrutt (electronics). For most of the work, there's a fine sense of evolving form, the soft hums, taps and breaths gently swirling into shape, dissipating, re-forming into related figures. Kochar, while more often than not using various extended techniques, largely on the air-rush side of things, isn't averse to injecting standard accordion sounds and does so very well, playing the instruments richness against the astringent, softly piercing whines that Badrutt conjures forth. At its best, the music is very spare but very gentle, smoky wisps in a dark space. However, about midway through, it veers into a bit of a rambunctious patch, not bad but somewhat disruptive (debating whether that's a good thing here, undecided) and some accordion-led eeriness that's uncomfortably close to old horror-movie shenanigans. That segment doesn't last too long, but it's soon replaced by a kind of manic traffic jams sequence, replete with tooting "horns". As I said, the disruption bothers me most of the time but occasionally, it makes a kind of sense, a sideways sort of slant into a room that may be adjacent but also "out of place". Apologies for the vagueness, but at any rate, the music here got me thinking along those lines. Try for yourself and see.

Hey, Brian, have you gotten around to the new AMM record?

No, but Jon has a copy waiting for me, am going to pick it up soon