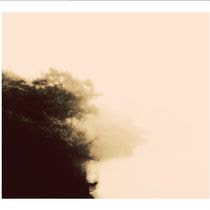 Intriguingly disconcerting. As the first of three pieces begins ("Multifat" for violin, percussion and chamber orchestra) you're immediately plunged into early John Adams, circa "Shaker Loops", strikingly so. Very similar jaunty, sort of hocketing massed strings in an irregular but repetitive rhythm, underlain by long, deep chords. It's very attractive but, at the same time, kind of odd in its retro character. But then, about halfway through, there's what sounds like backward tape processing, probably the same sound source, mixed among the droning strings and roiling percussion. It's not the most earthshaking of maneuvers, but succeeds in subtly transforming the work into some much more interesting other. It later spreads itself languidly into a soft pool, the drums providing surface ripples; quite nice.

"Studie II" is performed by the Apartment House string quartet with Rhodri Davies on harp. It begins as a lavishly brooding work, dark and romantic (think Bryars, though the idea stems from an analysis of an early Stockhausen work), Davies presumably e-bowing for the most part. The sonorities are enchanting, there are unexpected (and welcome) sour harmonies interspersed as well as unusual pauses where a given line is allowed to linger.

I was a bit apprehensive about the last piece noting the presence of one "DASH!" which I take it is the nom de musique of one Maarten Ornstein [or an ensemble...hard to tell] , but exactly the sort of "nom" that causes serious hesitancy in me. In any case, he's pared here with Tadas Zukauskas on violin and Anton Lukoszevieze on cello and...the result is fairly spectacular. A throbbing, pulsating mix of electronics and aggressive string playing, both rhythmic and dronal that perhaps again harkens to early Adams but has lifted it bodily into 2010. There's a very catchy phased effect going on, derived from taped segments of breathing noise, that beats against the beautiful string lines; again, part of me here's a certain amount of anachronicity here but a larger part doesn't care because it simply sounds so good. Even it's gradual deflation seems appropriate after so much robustness.

Good work; want to hear more from Bumšteinas, who's all of 30 year old. 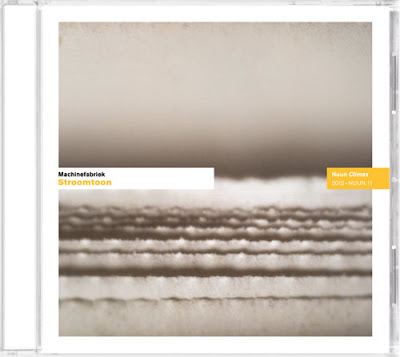 Machinefabriek is Rutger Zuydervelt playing various electronics, field recordings, etc. The first piece, "Eén", opens with an extended, rich downward moving drone, something like a variation on Tenney's "For Ann Rising", though existing in a slightly active space, with scattered beeps and resonance surrounding it. Similarly dense rising tones appear, creating a disorienting, fluctuating matrix, possessing more warmth than the Tenney (which, fascinating though it is, smacked a bit much of "science experiment" to me) and, with the accompanying irregular clicks and knocks, breathes like some complex, pulsating creature. There's a science-fiction-y feel to the piece, but a strong one. That track occupies about half the recording; the remaining four vary from heavy pulsations to gentler washes out of the Eno mold. But in all of them, Zuydervelt imbues the music with deep, thick layers of aural plasma, perhaps not a fundamental alteration but one that greatly enhances interest and pure pleasure.

There's also a Machinefabriek 7" (see below) which covers similar territory as the more ambient pieces in the disc, also very pleasing. 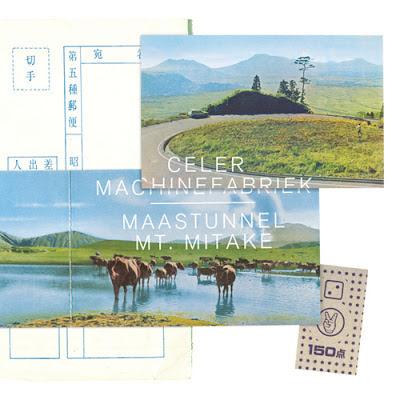