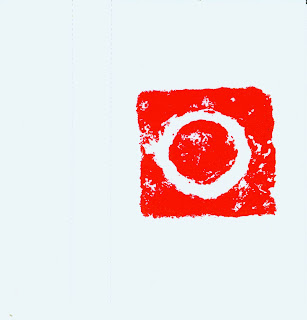 Actually three recordings, one each on CD, LP and cassette, all sourced from metal pot lids, those lids being excited by wooden dowels among other things. The general effect is similar to that of Tibetan singing bowls: thick, ringing tones that pulsate and shimmer. Jerman creates several-seep plies of these tones, often supplemented by jangly undercurrents, as though the metal is being softly stroked by a brush of long, thin wires. The sound is very strong, really fills the room. The throbs on the relatively quiet second track on the CD even recall the glockenspiel portion of Reich's "Drumming", quite beautifully. At other times, as on track 4, you almost hear a trumpet, softly playing over an organ. Pretty amazing work.

The LP contains three tracks along the same lines. Admittedly, it can be hard to take in so much material that has such a strong surface similarity, though that's a function of my ears' lack, my brain's difficulty with discriminating at a deep enough level, or at least remembering it after the fact. Individual aspects tend to blur, which isn't such a bad thing here, perhaps.

As I've mentioned before, my sole cassette player resides in my car and, though the speakers aren't so terrible, they're not something I'd want to use for any real evaluation. I did, however, just play the tape there whilst doing various food errands and can say that it fits in comfortably with the music from the CD and LP, ringing tones with brushed accents.

If you've only a CD player and enjoy Jerman's music at all, it's definitely one to pick up, a very fine effort. 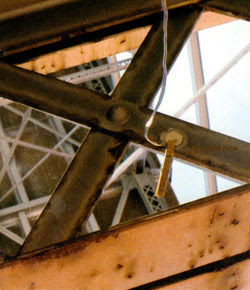 Compiled in 2010 from some 25 years of site recordings across the US from New York to Arizona, kind of a 45-minute road trip. From the title, I take it that the sounds all emerge from areas nearby roads (or trains) and there's a decidedly urban feel to the compendium--dense hums of engines and tires on asphalt, subways, airplanes, that pervasive background industrial throb. There's no arc, just a series of "scenes". Not sure if there's much in the way of overlaying recordings from different places/times; the sections sound to me self-sufficient, even as the blended very smoothly from one to the next. I'm also not sure what else can be said about it. I enjoyed it, yes, much the same as I might have enjoyed traversing the same points and listening myself although (and this is a fault of mine) I'm just as likely to retain memories of what I've heard on this disc as I am on random listening episodes, which is to say, not so much. That's too bad, really. If nothing else, offerings like this cause me to think about that problem more deeply.