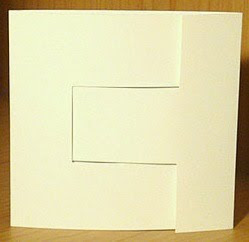 A Kahn composition realized by himself (analog synth, short wave radio), Ryu Hankil (speaker and piezo vibration), Park Seungjun (amp with spring reverb), Jin Sangtae (hard disk drives), Choi Joonyong (opened cd players) and Hong Chulki (turntables), recorded in Seoul in November of last year. My first impression, knowing that it's Kahn's work (see score below) was how unrhythmic it was, at least overtly. Perhaps my experience has been skewed but almost everything I've previous heard of his has either a strong pulse or at least a subtle throb. Here, the results are by and large more dense than what I've heard before from the five, fine Korean improvisers, but otherwise entirely in keeping with their previous output.

As can be clearly seen, the piece runs 70 minutes, divided into 5-minute portions, during which between three and six musicians are always playing (closer inspection reveals between about minutes 55 and 56 where perhaps only two are in operation). Each player is given four or five "blocks" of time during which he, I assume, reads the trademark Kahnian illustrations and interprets them as he will. The two levels in each individual's line suggest dynamics.

And it sounds mighty swell. As I said, it's very dense, unremittingly harsh and insectile, sometimes sounding like squadron of dental drills. Through this, the sextet does a fantastic job of crafting sounds that manage to be quite distinguishable from each other, a metallo-electric forest made up of distinctive species, more often than not sounding quite delicious in apposition and integration with each other. This is particularly noticeable when a relatively quiet section follows a noisier one (minutes 25-35, for example). As the volume levels up around the 45-minute mark, you even begin to get very vaguely tonal undercurrents, almost as though conjured up via sympathetic vibrations between two or three ultra-dissonant sources.

The first time through, I found it perhaps a bit overlong but subsequent listens revealed much more fascinating detail and space, especially in the louder sections, that offered a hyper-rich strata of furious activity I found quite easy to luxuriate in and enjoy the skin-pricks.

A fine recording, by all means get it. 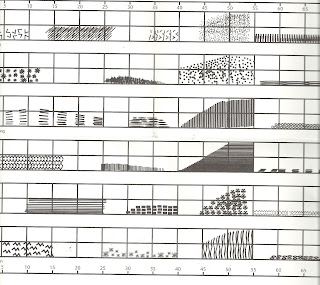 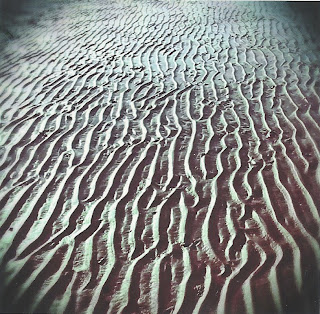 And here I was anticipating a soundtrack to the great Ozu film....but no, Matthews instead fashions 10 brief pieces by virtue of playing two laptops simultaneously, one laden with field recordings, the other for "synthesis". This improvisational approach lends a certain liveliness to the outcomes sometimes missing in "standard" usage of such recordings and, when it works, it works rather well. The first track is a good example of that, low hums and hisses leading to a spatially removed forest of clatter, frog croaks, vaguely watery clanks, etc. The first three or four cuts define the territory and have a nice variety; they may not challenge very much but offer an enjoyable experience. On the fifth track, "Se habla..pero no esta peritido hablar", some loop-y, synth like sounds (and sirens) intervene, pushing matters to too clear an area for my taste, though perhaps that was Matthews' point, to re-immerse the listener in the real, implicitly political world. Whatever the intention, it throws things a bit off-kilter for me, and the subsequent material, while solid enough, loses some of the glisten 'n' crackle I heard earlier on. Matthews made the conscious decision to present ten tracks, roughly four minutes each, but I think I'd rather have heard a full-length piece, listening to him navigate a larger structure. Maybe next time. As is, "Early Summer" is largely enjoyable and worth hearing, I just get the impression there's untapped resources somewhere. 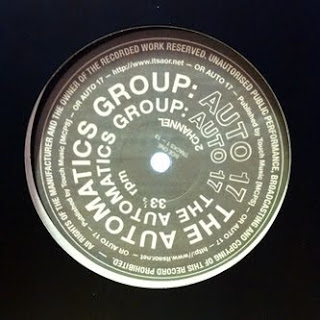 OK, this is an odd one. A while back, I'd written on a release, on entr'acte, by Theo Burt that incorporated very elegant and beautiful video with "simple" electronics sounds, producing a quite mesmerizing experience, something I re-experienced live at the Diapason Gallery in the spring of 2010, when an installation of his work was concurrent with Keith Rowe's performances there.

The Automatics Group, based in York, is Burt and Peter Worth. Here, in 26 tracks ranging only some 23 minutes over the course of two sides of an LP ("Side C" is available digitally and apparently there's also an iPhone movie), they present "raw output from 49 configuration of an EMS VCS 3 synthesizer". On the surface, that's all there is. Each cut is, more or less, a loop, iterated for a minute or so, the sound varying from gravelly/scratchy ti smoothly synthed with numerous stops between. I say "on the surface" because it's all too easy to gloss over teh sounds as bland and uninteresting which, on one level, they are. It's a bit like the video installation with out the video, in the sense. Listened to closely, though, at volume, reveals additional strata--subsonic hums as well as separate layers that are easy enough to overlook on first blush.

Even so, the brevity of the pieces makes it difficult for this listener to really wallow in the sounds which, themselves are cold and alien enough as to require a bit of getting past in and of themselves. I can't help but think that video accompaniment is somehow essential (perhaps that iPhone movie...). In that earlier project, the video and sounds were so gracefully aligned that the result far exceeded what either, on its own, was likely to evoke; the sounds became a music of geometry. This observer, perhaps evincing his own lack, still needs something of that order.

im really enjoying this Kahn release. with that line-up it would be hard to miss.