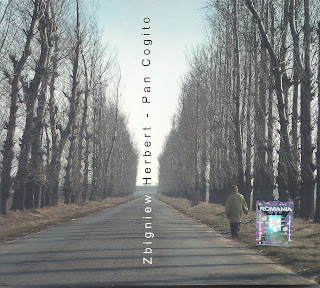 Zbigniew Herbert/Robert Piotrowicz - Pan Cogito (Institutul Polonez)
Zbigniew Herbert was one of the most influential Polish poets of the 20th century though, I'm ashamed to say, his name was entirely new to me prior to receiving this fine 2-disc set. As I understand it (and I could be wrong), Institutul Polonez is a Romanian group devoted to Polish culture and enlisted Constantin Geambagu to translate Herbert's text, "Pan Cogito" into Romanian, where it was embedded into music by Robert Piotrowics and read by the Romanian actor Marcel Iureş (whom pop culture aficionados may have caught in the third installment of "Pirates of the Caribbean" as Capitaine Chevalle. Piotrowicz' music (mostly electronics and piano) is unfailingly engaging, whether abstract or more overtly melodic; it absolutely lulls you into a state of lush, mysterious beauty, perfectly mirroring the deep, sonorous voice of Iureş, possessing the same calm, intelligent urgency. I've no idea what's being said here, but I love the sound of it. Wonderful recording.

I'm actually not sure how best to procure a copy, should you want to (and you should). I can't find it listed on the Institutul Polonez site but perhaps you can find it through Piotrowicz' Musica Genera 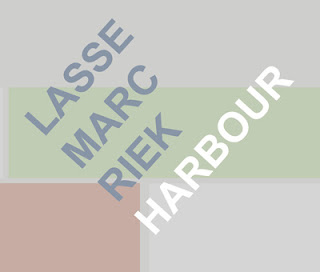 Probably just coincidence, but I seem to be encountering more and more field recordings containing the quality of insistency lately. Those insectile sound of Thomas Tilly were one recent example and this disc, apparently from docksides around Germany and Scandinavia is another. To be sure, there are subtler sounds in play, but the ones that leap out, here, are the brutal groans occasioned, I think, by the rubbing of large craft against wood pilings, boat whistles and the like. Perhaps we've (or, "I've") drifted along some continuum that's expected field recordings to concentrate on the small and thereby quiet, a needless constriction when you get down to it. Also, these are "unprocessed" which shouldn't pose a problem; were I sitting out on the piers, I'd likely enjoy it as much as the next person. But somehow, playing it back over my stereo, there seems to be a lack, an overtness that negates the sense of mystery one would have in situ and which might be recovered via some kind of creative processing. Hard to say. Or perhaps Riek and I simply have differing tastes with regard to sonic material we find interesting, likely more my problem than his. In any case, I found it tough to really immerse myself here, didn't smell the sea air.

A varied collection of work from Baird, an Austin-based artist who you might say, based on this release, generally stems from ambient minimalism. The opening track, "Slow Implosion", is a lovely, brooding piece featuring multi-layered French horn (Nathan Stein) and sounds akin to some work by Jon Hassell, though settling into an organ-y stretch that's a bit more glacially Glassian (!)--very nice. "Softly" has an overtly Badalamenti feel/ So it goes. One hears Fripp in "Cloud Breath" (again, quite attractive), more Glass (maybe a hint of Palestine) in "Surfing" (piano through delays) and then, well, Baird does a cover of the main theme from "Koyaanissqatsi". Yes he does. Gotta give him credit for balls and, truth to tell, he pulls it off about as well as one could, vocals and all. Some Eno here, Slavic overtones there (the eerily beautiful "Silence"). If the problem is an overabundance of influences, I have to say that Baird handles them very well; most everything here is a pleasurable listen. I want to hear more in his own voice, but perhaps the last track, "The Ringtail vs. Whiptail Trilogy", points the way--a field recording collage augmented with guitar. Ok, maybe a little Godspeed! sneaks in, but still, a very solid piece. Hope to hear more from Mr. Baird.