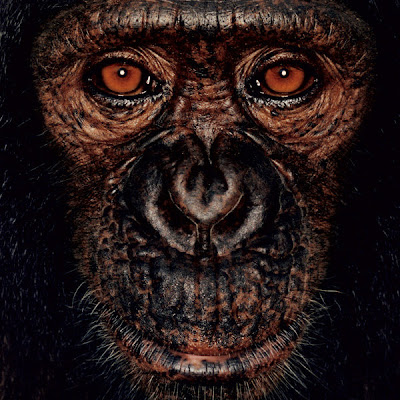 Martin was kind enough to send me an advance copy of this a couple of months back and ask that I write something about it, if so inclined, for the Mathka site, which I was and did. So I'll just repost that here. Suffice it to say that this is an outstanding recording, something everyone reading this should hear.

It could be a walrus. Some very large, ungainly, semi-aquatic creature expelling air through a hole layered with tissue and fat and hairs. But then multiple apertures open at once and the creature just spouts information, chaotic from one angle, streamlined from another. Effluvia momentarily expelled, the beast lies down and breathes in short, percolating gasps, quiet but insistent. The pressure builds, however, surging in near-regular waves, causing the organ-walls to quiver, liquid to shudder, wind-drying them, forcing them to grind to a stuttering halt. Gasping again, more desperate and asthmatic, the inhaler partially blocked by fibers, the meager air whistling as it's sucked in, exhaled. At last, the whole bubbling, churning, motoric organism shifts into gear, half-beast, half-machine, navigating through viscous fluid, eating, excreting, copulating as it makes its way from pool to pool.

These were my initial thoughts on hearing Martin Küchen's solo album, before seeing the cover image! I was pleased that my imagery at least resided in the proper class, mammalia. Küchen's work had always connoted something extremely organic to me, combined with a strong sense of ground, of dirt and well-trodden floors. On "The Lie & The Orphanage", he evokes both of those sensations in spades, grinding, wheezing, gutturally rumbling with extreme corporeality and determination, eliciting sounds that, even in this age of post-saxophonic exploration, are startlingly new. Much more importantly, they read as true, as deeply felt expostulations, all building to the astonishingly visceral, multi-tracked finale. Strong, vital work. 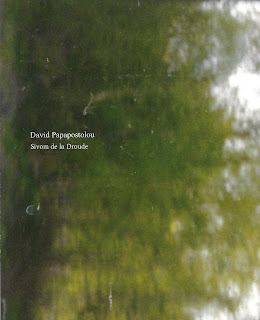 The perennial question--why some field recordings work (for me) and other don't. These do. I suppose these qualify as such, from the description in the sleeve: "Recorded in 09/2008 from inside a straight saxophone resting on its bell, or from a glass jar, placed in a garden, a car boot, a veranda, a window". One hears various, extremely quiet, ambient sounds: wind, obscure, soft crackles, faraway engines, airborne rumbles of indeterminate origin, people, all quite faint. Turning up the volume on one's stereo reveals much not heard at normal levels. But each of the four pieces flows, unforced, effortlessly maintaining interest and fascination. I love this one. 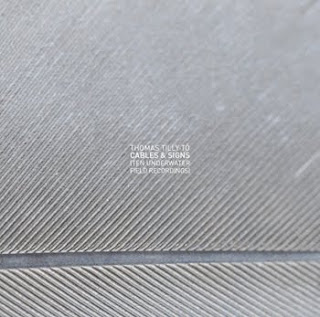 And then there's this strange recording. Again, we're dealing with field recordings, here of the hydrophonic variety though were I not so informed, I don't think I'd ever have imagined the source being of an aquatic nature. Recorded in the moat of a castle in western France, what one hears for the most part is clicks--loud, regular, non-insectile-sounding clicks--and strident buzzes. Yes, there's the odd drip to be heard, some background rumble, but the main sound are these very non-organic series of clicks--imagine some plastic credit cards affixed to a bicycle wheel, being strummed by the spokes, the wheel being turned at an exceedingly regular, rapid pace. I take Tilly at his word in the notes that these are, in fact, natural sounds "produced by insects and aquatic plants", but I'd never have guessed it. Even when deeper buzzes appear, they sound less apian than Geiger. Strange world. All this said, how is the disc as a listening experience? Well, not as enjoyable as I'd expect, which is a weird thing to say if these are naturally occurring sounds--why should they be any less enjoyable than, say, wind? My sensory baggage, maybe, but even if I were hearing this in situ, I think I'd be trying to swat it away. But...there is something a bit compelling if you resist that urge, an alien kind of presence, just a discomforting one.

Kuchen disc fantastic!,as is new International Nothing ,which IS more exciting/sensuous w/a naked old man(and hairy)* listening beside you in room @The Parliament Club,down in GA_