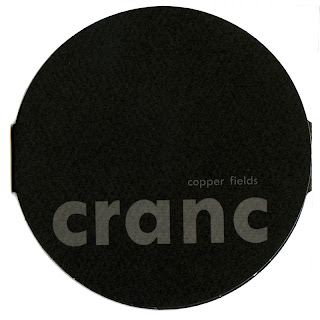 The languorous, gorgeous slow grind. Angharad Davies (violin), Rhodri Davies (electric harp) and Nikos Veliotis (cello) extrude 54 minutes of extraordinarily textured drone, the dryer, scraping strings countered by the thick throb of the harp. in two portions, roughly equal, the second reminding me a bit of early Branca guitar symphonies, a quasi-similar kind of resonance in play. Something about this particular style of dronage, on recording, nags at me a bit--I've a feeling to really appreciate I'd need live immersion. But as is, in this neck of the woods, it doesn't get much better. 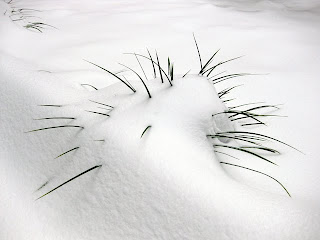 There seems to be a bit of resurgence--at least as far as what reaches these ears--of musicians looking to 60s electronic and tape collage pioneers for inspiration, Seth Nihil being a recent example. Gough is clearly, and effectively, exploring those climes here. I've written before how, generally speaking, I have certain problems with this area of music, being somewhat averse to a kind of sheen I hear in many of the sounds utilized, though I do my best to hear past that. The tumultuous nature of the structures tend to make the work a bit difficult (for me) to grasp as well, though I'd emphasize this is likely far me me than Gough. The second of four tracks here, "Cloister", manages to rise above all these concerns, possibly due to a relatively thoroughgoing drone and offpsringing tendrils, small sprouts shooting out, locating fascinating territory, lingering. Beautiful piece. The other tracks are fine, just dont' grab me as much--listeners with more of an affinity to the roots acknowledged herein will doubtless enjoy themselves greatly. 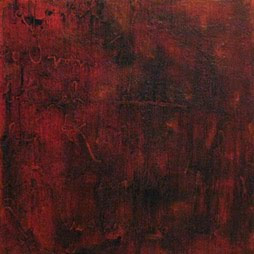 There's ambient drone and then there's ambient drone. Unfortunately, this is the former. Cristal, from Virginia, is Jimmy Anthony, Greg Darden and Bobby Donne and they present fairly grainy, not unpleasant dronescapes, redolent with echoes and dollops of spaciness. The Eno of "Apollo" with the melodic material shorn off, perhaps. Far too mushy and invertebrate for my taste. 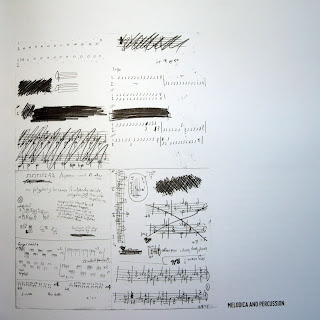 It's not a new idea, that of the Exquisite Corpse, but it's often a fruitful one. In this case, Julia Eckhardt put together a piece (a very fine one, breathy and open, allowing for a good deal of inspection from many angles) and passed it along to Chiyoko Szlavnics, who was asked to, in some manner, react to it. There were a couple of constrictions: she had four weeks to do so and her creation, like Eckhardt's, should last seven minutes. Szlavnics' work was then passed along (presumably with no information other than the sound) to Mieke Lambrigts and then, in order, to Manfred Werder, Annette Krebs, Tim Parkinson (whose score is shown above--the cover of the booklet is simply white with "2009"), Olivier Toulemonde, Manu Helterbach, Aernoudt Jacbos and Ann Wellmer.

Gauging these specific reactions, given that, of course, the references aren't overt, if next to impossible but it's quite easy to simply listen to as a suite of sorts, picking up on the relatedness of any adjacent pieces (and echoes, perhaps, of earlier ones) in a more general sense. And much of the music is wonderful! Better, a number of the names were new to me so, for example, it was an extra pleasure hearing Mieke Lambrigts' contribution, "Teufelskreis", a fantastically subtle and mysterious sequence of low hums. Werder, perhaps obscurely, used information gleaned from her piece to create an unaltered field recording on a street in Brussels; it works.

Krebs, in Brussels, apparently (amazingly) recognizes that Werder's track stemmed from there and constructs an extremely complicated response (the booklet accompanying the cd, a very attractive one, includes commentary from several of the participants, scores or photos from others) that incorporates the Werder, guitar, taped conversation, Chinese song and much more. A great piece. Parkinson, somewhat inexplicably, offers a work for melodica and percussion, spare and quirky on the one hand (not dissimilar, in a way, to his piano composition that I've recently heard), slightly Partchian on the other. Toulemonde clear adopts the melodica sound as well as, obliquely, the percussion, blending them effectively with field recordings and his track is seamlessly continued by Holterbach, integrating lovely, high-pitched sounds, possibly rubbed wine glasses. Aernoudt Jacobs created a very attractive, rather prismatic score (perhaps from translating the previous piece graphically?) which sounds very different from Holterbach's, an intense but low-level electronic whir and rumble, segueing into eerie string-like sounds; very, very nice. Finally, Anne Wellmer records the ionosphere with a "long loop antenna", an utterly gorgeous series of crackles and low thrums.

An excellent set. Do hear it.