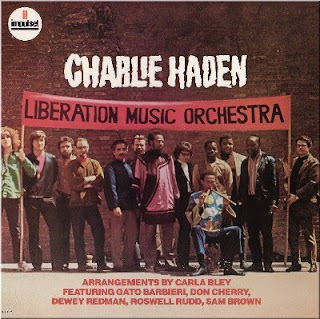 Ah, this holds up wonderfully, what a great record. That nexus where you could hold a banner like that unironically, utilize Cuban revolutionary songs, unselfconsciously integrate them with inspired free playing. A short-lived period (the follow-up LMO recording, some 20 years later, was brutal) but this has to be one of the best examples of politically charged, creative jazz. Great cast, inspired selection of pre-existing music, though the recording falters a bit toward the end, getting too obvious (Circus '68 '69 and We Shall Overcome). But the whole first side and the classic Song for Che are priceless. The latter, imho, is one of the most beautiful, heart-rending melodies I've ever heard. 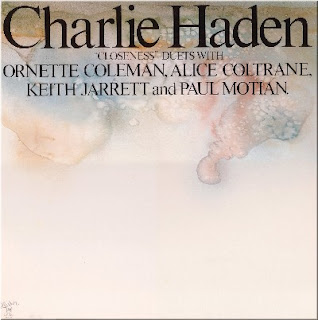 Really nice series of duets (first in a pair of releases) from 1976. Lovely piece by Haden, "Ellen David", performed with Jarrett, one of my favorite works ever with the latter, not dissimilar in feeling with some of the "Death and the Flower" sessions from '75. Good Ornette track, a beautiful with Alice Coltrane. The track with Motian sort of revisits an LMO approach, using excerpts from an Angolan revolutionary music album, effectively done. Very good recording overall, one that seems to escape notice.

btw, Artist's House, Ornette's label that issued a handful of very good recordings at this time, also made use of one of my least favorite LP packaging concepts--the interior sleeve opening. I suppose the thought was that you were protecting against the vinyl being accidentally flung from the sleeve as you waved it about excitedly, but in practice it was a really annoying (ok, mildly annoying) operation to extract the record. End of trivial rant. 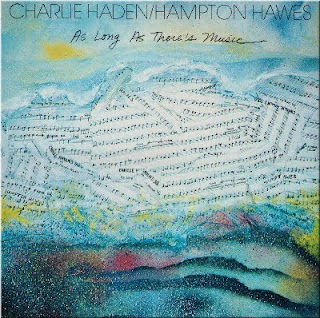 From 1977. Good, not great duo with Hawes, I'd forgotten there was a booklet enclosed--nice Haden and Hawes discographies, therein. The two pieces by Hawes that lead off the album, "Irene" and "Rain Forest", are very attractive. Again, not great in most senses of the word, but a really nice little record. I guess there were two volumes on LP, re-released on a single CD. 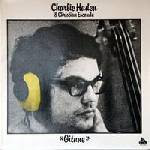 I think I picked this up in Paris, actually, on my first visit there in '83. I guess Escoude was being touted as a new Django of sorts and all but one of the pieces here are Reinhardt compositions. Bu now, Haden had settled into a pretty much mainstream approach to things--still a great bassist but sans, imho, the depth and fire he had from, say, 1958 - 1972. 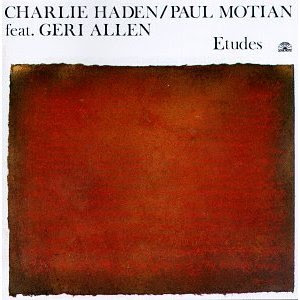 I'm sure, even when I bought this around '88. I did so knowing the likelihood that I'd be disappointed. Again, by no means bad, just....middle-aged? Professional? Too competent for its own good? Dunno. Gerri Allen was young then and maybe a little bit exciting, but the whole affair seems so reined-in, too precious. You get the feeling they could churn these out by the yard. OK version of "Lonely Woman" which, admittedly, is a melody I find almost impossible not to love, in any situation.
Posted by Brian Olewnick at 7/10/2010 09:01:00 AM

Brian, you're talking about...jazz! I'm so proud! (sniff) Give yourself a doggie treat! I've got to dig out Closeness again. I've got a soft spot for Hawes because he's on the very first jazz album I bought, Dexter Gordon's Blues a la Suisse.

As far as Geri Allen, I've found her somewhat frustrating. She did a couple of albums on Blue Note with 6-7 piece groups (The Nurturer and Maroons) and they didn't seem to quite come together IIRC. I'll have to listen again. But I saw her live once in a trio setting and she was great, seemingly had more focus and energy than I've heard on record.

Have you listened to anything on Clean Feed or Firehouse 12? The two best labels out there right now.

heh, don't get too excited, Craig. Not sure how much you've followed here, but for a few years I've been gradually making my way through my vinyl (alpha order, of course!), writing about the music, my reactions to it today, etc. There's hardly any jazz in my currently listening habits, I'm afraid. I major exception, which you might enjoy reading, is a performance by Eddie Prevost, my thoughts bout which you can peruse in the Jan 15, 2009 entry here.