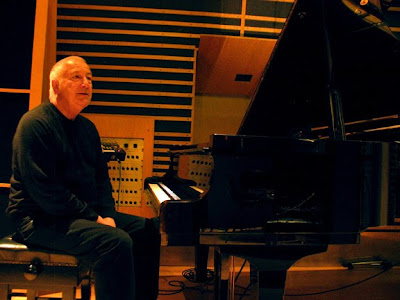 It's fuzzier than usual. In fact, the favorite thing I picked up all year was Reinhart de Leeuw's recording of early Satie piano works on Philips, but as that was recorded in 1977, I don't suppose it qualifies. However, my favorite new recording was also involved repertoire, John Tilbury's extraordinarily beautiful performance of Feldman's "Triadic Memories" on Atopos. The Skempton piece, "Notti Stellate a Vagli", also included, while perfectly fine, doesn't hold a candle to the other but I more or less ignore it in context, so powerful is the Feldman. No piece of music affected me as much on any new release this year as that, so there you go.

Then again, there was one other, another oddity, an outlier, also created by a member of AMM. And it wasn't Keith. It was Prevost's incredible drum solo on his duo recording with Alexander von Schlippenbach, "Blackheath" (Matchless). Absolutely knocked my socks off. Had it been issued as a 3", 20-minute work, it would have been right up their with the Tilbury and the following item. Strange how that works, eh? I'm guessing many readers haven't bothered to pick this one up as, in no real uncertain terms, it's jazz; well, you're doing yourselves a disservice. 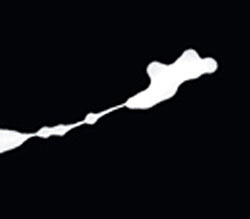 Of non-repertoire new music released in 2009, one stood out among the others: "contact", by Keith Rowe and Sachiko M (Erstwhile). I first heard it in somewhat ideal surroundings, when Jon played it last December as part of his DJ set at Experimental Intermedia, and played it at volume. In fact, absurdly strong as it was, it gave me a somewhat misleading idea of the pieces, over-emphasizing the brutality of them, masking much of the subtlety. Repeated listens reveal a very self-contained, almost alien language at play, utterly uncompromising in its syntax, bewildering, fascinating and strangely beautiful. It's probably the most difficult thing I heard this past year and I anticipate continuing to decipher it for years to come. A great, great recording.

Another divergence--I'll write more about this when (as I think I will), I'll discuss my favorite music of the decade, but my single favorite new music personal discovery of 2009 was the work of Michael Pisaro. I'd actually heard a little bit before, but Michael gave me the opportunity to wallow in it a few months back and I loved every second of it. If you've not already, by all means, delve in.

As tends to happen with these things, once again Erstwhile releases filled many of the top slots. Dammit.

All of those were nestled right at the top, each an amazing release, although threaded in there somewhere, sometimes liking them more, sometimes a little less were:

And just the slightest of notches below those, I loved:

And special mention to Theo Burt's "Colour Projections" (Entr'acte) for its unique and totally wonderful audio-visual elegance and beauty.

Other releases I thought were fantastic:

I bought or received almost 300 releases this year, an absurd amount. There were plenty of others I enjoyed a lot. Let me list some of them


And more besides....but that'll do for now.

Thanks everyone, for providing so many hours of wonderful listening.