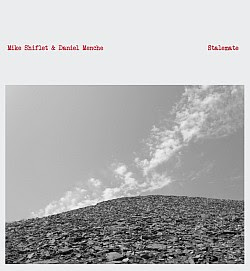 Some serious dronage, on Hammond organs, no less (with electronics). This was a good example at the kind of release which, on first listen, I largely glossed over, save toward the latter third of the disc. It happens with drone work sometimes--the details, where much of the meat resides, get subsumed (by me) into the larger scheme of things, causing the music to be read as blander than it is. You have to (at least, I have to) balance the sets of elements simultaneously, the details and the whole. The extraordinarily rich, basic sound of the Hammond might obfuscate everything else that's going on but is the core, invaluable essence here. Shiflet and Menche presumably mess around with the organs a good bit (hard to tell where that messing with the organ ends and the electronics begins), steering them into distortion and static, though these sounds are always nested in that fundamental throbbing hum. The first two, of three, tracks are fine and rewarding, but the third leave no jams unkicked, a ferocious mix of rough, gravelly noise and drone, those Hammonds straining to gleam through the dust, a wonderfully complex cloud that eventually resolves into pure organ, wavering but strong. great stuff for the drone-inclined. 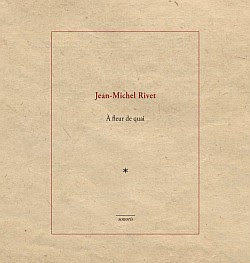 Interesting experience listening to this disc (my first exposure to Rivet, as far as I'm aware). My initial reaction was quite positive, just bathing in the sounds, appreciating the space interwoven around them, their timbral range, their juxtapositioning, etc. On second listen, I was somewhat dismayed by what I heard as the obviousness of the structures, the "narrative" nature that seemed a bit too pat, too predictable. Even tracks that delighted, like "Dalila I." with its mellifluous female voices wafting in and out of quasi-song, struck me as too cute, too posed. I find I'm very touch and go with this kind of post-Ferrari concrète work--it has to have the naturalness achieved in pieces like "Presque Rien", despite the amount of work that went into constructing it, for me to really enjoy it. Maybe analogous to naturalistic film making--the artificial is done well enough, with enough sensitivity to appear natural; one's sense cease to register the craft and just accept. Eventually, maybe inevitably, I settled into a middle ground, enjoying many of the purely audio elements as well as their sequencing in brief segments even if most of the tracks, as such, felt a little constrained and overly worked on, too thematically glued together. I do enjoy it, often very much, just want to hear things weighted differently; difficult to quantify. I'd be curious to get the reaction of others with more experience in this area.

Is it my imagination or are these little capsule reviews you write here getting gradually longer Brian? ;)

anyway I haven't heard either of these but will seek out the Menche/Shiftlet at least now.

Distressing, isn't it? Have to watch myself....

The Menche/Shiflet is awesome, my favorite Menche contribution since Field of Skin. Mike has had a string of sweet releases-Supreme Trading, et al.