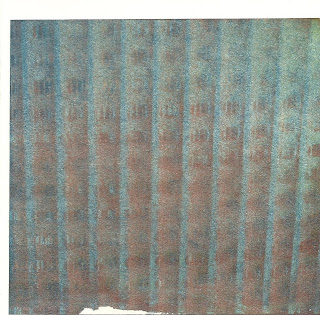 Two very different releases from musicians who often overlap. This one (the above is my copy, just one of many possibilities) finds three players in three duos, recorded between February of 2008 and March of 2009. Presented in chronological order, the four track also just happen (?) to build in effectiveness very nicely. The first (Barnes/Stephenson) is some rough going, feedback electronics squeaking up against errant trumpetry like two cars scraping sides at 10 mph. Later, a few minutes from its close, it begins to gel quite beautifully, all wind-through-holes-sounding, portending good things to come. The first of two Barnes/Kamerman cuts, at a concise six minutes, is a tight storm of open circuitry and...motors (?), a chunky knot of sound with above average nutritional value (and zero calories from fat). Their second piece, though, really takes off, a very strong, dense mix of Kamerman's objects, a seeming horde of them, and strident electronics, whirling into a fine spiral, a wonderful piece. The final work, a 20-minute duo of Stephenson and Kamerman, rather sums up the disc, beginning raggedly and probing--breath and crackle--before the vibrating objects creep in, arraying themselves amidst the gusts and sputter. There's a stasis, several harsh shards. It builds and is upon you almost before you know it's coming, then abruptly collapses, gorgeously, the final couple of minutes spent in a daze, gasping for air. 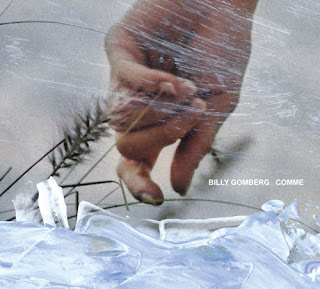 If I call this disc "ingratiating", I don't intend the term with the slightest pejorative tinge. In fact, I was unable to dislodge this thing from my CD player for several days, it was that winning. At a gloss, it's oddly retro, though its points of reference are scarcely more than a decade old: the ambient glitch music of people like Fennesz from the mid to late 90s. Fennesz is an unavoidable referent, I guess, though there's more going on here than that, but Gomberg's general palette is that of rich, ringing, creamy electronics spiced with small bits of noise shrapnel. There's loose repetition, even the odd, pulsing rhythm. And it all sounds so goddamn good. Tracks like "Into", with its snaky little groove, echoing clicks and vestige of a melody just worm their way in, impossible to resist. And "Solo" is positively deadly, sauntering in with perhaps a vague nod to the rhythms in "Are You Experienced?", and tumbling through the room, all manner of detritus attached to its sides, heedless, a little boastful even, exiting in all its hilarious glory, jauntiness intact. "Comme" is the best potential crossover disc I've heard since Radian's "rec.extern". Check it out, get some for your friends.

Ha... "Deadly". Love it.
Thanks very much Brian.
One of the original intentions behind the mOAR division was to feature experimental electronic work that didn't always take itself too seriously. I thought it would create a nice balance for and/OAR as a label.

What a thoroughly quotable piece of writing! I think this is the one that's gonna get me to finally update the cfy site with the reviews that are coming in slowly.

And I'm glad you wrote up Billy's disc too. I seriously think Comme is his most exciting release to date. Been looking forward to people's reactions since I heard a slightly different version of it in 2007.

thanks a lot for the review Brian! Sorry your copy took so long, those covers take a while and Jons package got delayed for 3 weeks for whatever reason. Does your cover actually have a rip on the bottom?! I kinda like the way that looks honestly. I have only been using the same negative to make these (gum bichromate prints) and sometimes dirt and grime gets on them adding things, but that looks like a rip! I can send you a new cover if you like? email me if so desmondbarns@gmail.com

hopefully I can play a show in nyc again!