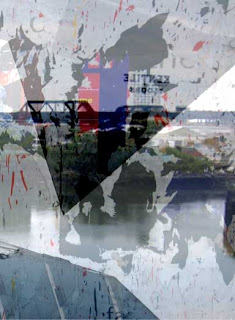 I don't normally pay attention to "release strategies", the hows and whys of grouping recordings, etc. but I kind of get the feeling this one may have suffered by being in the same batch as Lee Patterson's rather more spectacular (and pretty unique) egg fry. It may have been to easy to read this as just another decent improv session, which is how I took it on first blush, only to find myself warming to it more and more on subsequent listens, appreciating the subtle structure and the very charming individual elements.

The gentle, irregular ticks that open the piece quickly slide into a buzz-saw from Eubanks, which makes its presence known only to recede, just defining the territory, letting the listener know what's out there. They settle in, slowly stirring the soup, Hankil producing a lovely seesaw of tones about midway through, Eubanks introducing a fairly tonal backdrop, the brew beginning to simmer slightly. (I wonder if people think this is too charming, the repeated almost melodic patterns? I don't. A little nod to "Evening Star" in there, maybe.) Over its last five minutes, the music swells, never boiling over but swirling and increasing in density. It's certainly more echo-y than most contemporary eai (one had the impression of a forest of coiled springs), with the quasi-rhythmic elements trodding through, keeping pace. It's kind of a calm spiral upwards, ending with a sublimation into the atmosphere instead of an explosion. Perfect length, as well. I enjoyed it a lot, listened to it often. 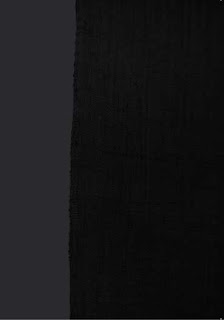 I hadn't heard much of Kasyansky's music for a while and was only barely familiar with Abbott's. However, this one, for me, falls into that area I referenced above: an ok improv set. It's very quiet pretty much throughout (each of the musicians credited with "electronics"), normally a zone I'm fond of, and it's fine as far as that goes, but I get too much of a sense of puttering about. Amiable but not entrancing. I don't quite get the sense that it works well when heard as an element of the environment as it does seem to demand attention. Hard to pin down what doesn't grab me about it except to say that the choices made neither surprised me nor fascinated me. Not bad, but not memorable. 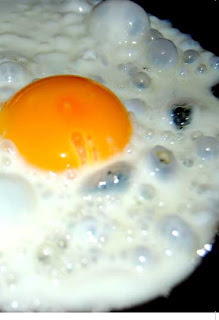 Talk about a tour de force. What can one say? A stereo recording of a frying egg made in Patterson's kitchen. And it's spectacular. I swear I hear spring peepers in there--sometimes, though, it sounds like a loop extracted from a North African pop singer, Cheb Khaled caught in the bubbling albumen. But that's just it: there's an enormous micro-world of sounds captured--and captured stunningly--in this recording, huge enough that you'll always be constructing patterns, assigning relationships, hearing themes. Among other things, I knew there was a reason I was always using food analogies in my reviews....!

Absolutely no problem putting this on repeat and playing for hours. An excellent recording (and great cover)--check it out.