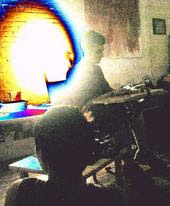 New minidisc (I can't find any mention of it on-line yet; Richard?) by half of Tandem Electrics and a very nice one. Three "miniatures" in the sens of attention to small detail. On the first, the debt to Taku Unami is clear, all chattering, metallic sounds that have that same loose yet mechanical aspect. Lovely to listen to though; the listener shares Kamerman's evident fascination with the sounds. The last is a wisp-like evocation that has fine staying power. Where can people get this, RK? 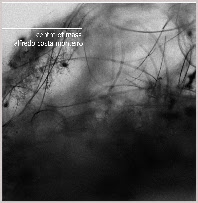 There are musicians whose conception I simply enjoy, finding almost anything they do to be imbued by it. Costa Monteiro is one. This often harsh dronescape, lasting a bit over 30 minutes, was created by agitating one or more cymbals on various resonating surfaces. Simply enough idea, focusing in on a "small" area, discovering all the largeness there, finely executed. As with the Kamerman, one is initially fascinated by the sounds themselves; later, their placement, opposition and sequencing impresses greatly. Good stuff. 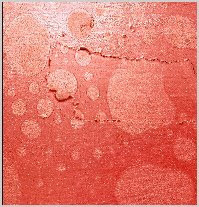 The first of the two tracks here is one of the strongest things I've heard in while. Lexer has something of Tilbury in his playing--not the obvious (no redolence of Feldman, particularly) but a similar sense of tone, touch and placement, of managing to get the best of each in one keystroke, a rare enough achievement. Wright melds beautifully here; one often forgets entirely the instruments at hand and just experiences the music, which is remarkably cohesive and, for all its spareness, full and tactile. Beautiful work. The second piece is pretty good as well, a bit more diffuse, a little less gripping.

Interesting that the two another timbre releases, to an extent, embody two of the principal areas in eai that seem to differentiate listeners, some greatly preferring one to the other. There's post-AMM improv as in the Lexer/Wright and solo "process" oriented music (which generally also involves improvising, though obviously without the input of another individual) as seen in the Costa Monteiro. I have no problem with either (or with what might be thought a third strand: field recordings with manipulation and enhancement as heard, most recently by me, on two fine Richard Garet releases that I'll write up soon), though to an extent I can imagine that what has the most potential for getting my neurons to fire increased amounts of dopamine is the first listed. Might try to parse out the why's of this...
Posted by Brian Olewnick at 12/13/2008 02:09:00 PM

"Where can people get this, RK?"

Agreed that Blasen is a really fine release Brian. I have an unfinished live review of the duo somewhere on my computer that reflected on the resemblance to AMM as well. Sebastian Lexer studied piano under John Tilbury so there is the link you can hear in his playing, plus I believe both Lexer and Wright play regularly with Eddie Prevost in his weekly workshops.

None of the above suggests any kind of derivation though, just a similar "feel" to the music that IMO stands the duo in great company. The duo gig I saw was probably the best improv set I caught in 2008 by the way.

Seymour's new duo release with Eddie Prevost arrived here yesterday too as coincidence would have it... Very different material to Mr Wright's other releases this year, covering a range of styles as its title "Gamut" would suggest. Really quite violent in places actually. Good stuff though, must listen some more.

Yeah, ErstDist is currently the only place to get the 3". Though I think Mimaroglu is considering stocking some. And there should be an updated label page in the near future for direct buying this disc as well as another 3" by Ruez (Eric Laska) that's been released at the same time and the last few remaining copies of the Tandem Electrics cdr.

Glad you enjoyed listening to it!