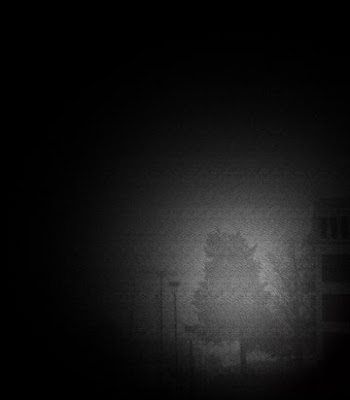 Another in a string of strong releases from McFall. I'm rapidly losing the ability to describe these sorts of things semi-coherently without repeating myself so suffice it to say that we have field recordings tempered with electronics and who knows what else. Can a critical language be developed for work like this? Dunno. But it tinges the atmosphere in a manner I find beautiful and thought-provoking, even if those thoughts remain impossible to nail down. Oh and the last of the four cuts, "all parts contained", does more than tinge, it kicks butt. Good work. sourdine 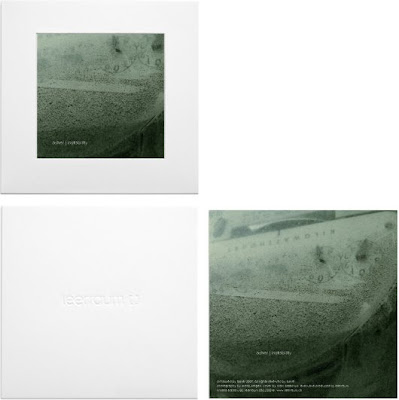 I believe I've described Asher previously as "indefatigable". Have to come up with a new term...relentless, maybe. "Instability" is an audio DVD release running some 146 minutes. Not so dissimilar from previous work although with a kind of sonic decay foregrounded. You get the sense you're hearing this through an iffy radio transmission which certainly adds some evocativeness. Makes me wish I had a better speaker set-up for my DVDs, as the ambient potential of this one seems very strong. Another sold release. leerraum

Asher, btw, will be playing with Brendan Murray and video artist Richard Garet at Issue Project Room on 8/23. 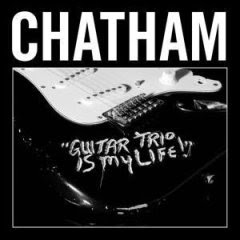 A few words on this.

I forget if I went into it when I played the vinyl release on Moers, "Factor X", that contained the original recording of "Guitar Trio". I'm sure I didn't know its history back when that came out and, though I knew Chatham had a tour going last year (I missed the vent at Issue Project, unfortunately), I don't think it sunk in that they were only playing this piece in city after city.

The story, essentially, is that Peter Gordon of LOLO fame, brought the rock-ignorant Chatham to see The Ramones at CBGB in 1977. Chatham minimalist soul was floored by the group's use of three chords, more or less, to hammer home their sound and figured, if they can do it with three, why not with one? Went and wrote "Guitar Trio" which uses one chord (Em7, I understand) over a rhythm that owes a little something to "My Baby Does the Hanky-Panky", allowing the ensemble to go from spare to explosive over the course of the piece, generally around 20 minutes.

So he took David Daniell and went from town to town, rounding up locals, teaching them the work in about an hour in the afternoon and performing it in the evening. I find that whole notion very attractive. That facet of "minimalism", scouring an ostensibly small area to produce an enormous amount of music has obvious parallels--even if the result sounds very different--with post-AMM musicians like Sachiko, Toshi, etc. and I really think you can listen to "Guitar Trio" in much the same way.

The rhythm is a hook, to be sure, but the interaction of guitars is quite often thrilling verging on the ecstatic. The ten pieces don't vary too much--they shouldn't really, but it somehow doesn't matter. If anything, I found that a couple of the drummers allowed things to drag a bit. But when they hit on all cylinders, as in both NYC performances, it's one amazing, transcendent piece of music.

Chatham was supposed to put on a work for 200 electric guitars outdoor at Lincoln Center's Damrosch Park tonight. Thunderstorms are predicted however and, as I was already juggling this event with birthday dinner plans involving a few people, I'm guessing I won't be witnessing it either at its original locale or the vague, undefined indoor site that is supposedly in play (but which you'll only know about if you go early, get a wristband, etc., which is too much to handle).