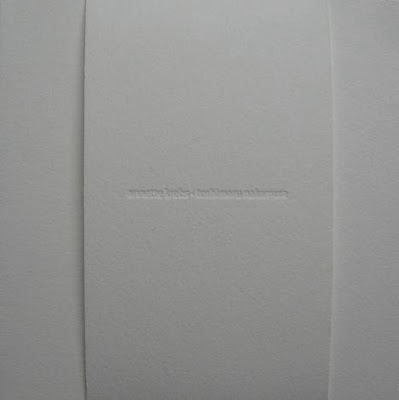 In addition to the Block/Recoder/Gibson DVD mentioned below, sos editions has released yet another excellent disc, "siyu". Krebs has really hit her stride over the last year or two--this might be my favorite thing of hers yet, a marvelously strong, dense meeting with Nakamura. This is one of those electronic recordings where you actually feel the voltage surge, including several surprisingly loud and brutal arcs, a fine combination of rawness and, for lack of a sillier metaphor, the "roundness" of heat lightning. sos editions. Also available from erst dist. 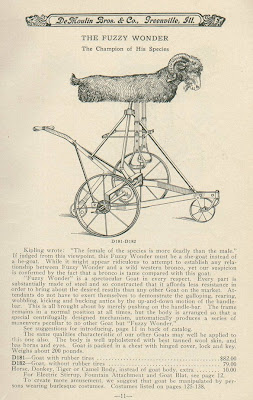 Prado's latest (I don't see it up yet, but presumably it'll be available for free download at free software series sometime soon--once again, the above image is an approximation of what appears on the disc sleeve) is a set of six abstract, scrabbling guitar works, occasionally out somewhere beyond Bailey, sometimes with echoes of Hendrix and Frith, always maintaining a guitar sound. Maybe a bit much of that for my taste, though the 5th track hushes matters up very nicely, embedding the ratchety strings in some ambient noise. Crunchy enough, overall, but I wanted more meat. 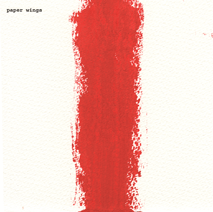 Speaking of guitars, Paper Wings is the guitar duo of Anthony Guerra and Anthony Milton, this session from September, 2005. This one's more in the "death of the universe", feedback-moan-with-noise end of the field which I admit to having some small partiality toward. I haven't brought up Fripp & Eno for at least a couple of months, right? Well, "Ash Field" might be heard as another extension of same. At least until the last of the four tracks, where something closer to...dunno, late Fahey combined with God Speed!?...surfaces, a vibrant, heady strum-affair that deltas out into a supremely rich layers of variegated silts. Great track. If this sounds remotely up your alley, check it out.

Thanks a lot Biran for your time and words.

Siyu is probably the best thing I've heard all year. But then its your job to say that ;)

I just returned home from a Richard Prince exhibit here. The Krebs cover looks like a Prince car hood. Any chance of that, Brian?

I doubt it, but you never know with Sos Edition... I spent an hour this morning trying to figure out what the packaging of their other new release, The Block/Recorder/Gibson DVD is all about. Its an origami job that builds into some sort of display box I think, but I can't figure it out!

Still not watched the DVD yet either, but another of these audio/visual thingies turned up yesterday (Lee Hanguin/Hong Chulki) so I think I had better knuckle down and get watching ;)

Um, given that siyu is simply a cut and folded piece of watercolor paper, I doubt the Prince connection, but who knows? In fact, I think the pic I used might've come from Robert?

Richard, unless there's more than one way to do it, the Block item does indeed mold into a box in which one can insert the disc at an angle. The box is about 6 x 4 x 2 inches, whatever that works out to in your arcane system of measurement.

I'm giving it a second viewing today (along with disc one of Satantango, finally!)

The scan of the siyu sleeve makes it look grey in colour too, which it isn't its white.

Brian I sort of have a vague box, but with a spare piece of card with the arist's names on it floating about, and there's a flap with a silver rectangle on it that seems out of place too.... I need an instruction sheet!

I guess this isn't the best medium to try and sort this out in... ;)

I slide the sheet holding the disc into the open end of the box, using the tab on its end to balance it at an angle. The disc has a similar silver patch as the protruding tab on the box top, which I read as a "mirror" of sorts, especially if the disc is oriented appropriately.

In any case, it clearly makes normal storage impossible, so it now sits atop a row of LPs, within hailing distance of the still unopened Meehan 2-disc set on the same label.

I just made a little house with a swan carrying a silver tea tray on the top... think I'll leave it like that. Oh and the disc went into a paper sleeve and got filed under A for "Aaaaargh! Its a DVD! Better try and watch this soon"