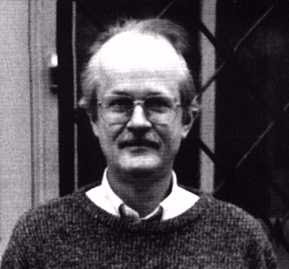 Just a pointer: There's an excellent interview with Tom Johnson over at Dan Warburton's Paris Transatlantic

Johnson's work has always greatly interested me even as it, in my estimation, ranges from the excellent (Rational Melodies, Failing, An Hour for Piano) to the unbearable (The Chord Catalog). The interview covers a wide range of topics, many pretty fascinating, especially if you're mathematically inclined. It weirdly verges (descends, one might say) into the composer's commitment to Christianity in the form of a kind of Lutheranism espoused by Dietrich Bonhoeffer, a German minister involved in anti-Nazi activities in the 30s and 40s (including the unsuccessful plot to assassinate Hitler). Johnson's superciliously dismissive of those (like myself) who are dismissive of Christianity without offering any better comeback than asserting that atheists just haven't studied religion enough to appreciate it. OK, then. But despite that relatively brief detour, well worth a read.
Posted by Brian Olewnick at 6/04/2007 03:37:00 PM