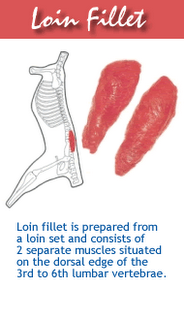 On Saturday, I enhanced my status as best all-around brother-in-law by taking Linda's never-leaving sister and hubby on a drive to the Catskills to view the fall foliage. Took about an hour and a half to get from Jersey City to the Palisades Parkway due to several closures of Tonnelle Ave. with no remotely reasonable detour available. The roads clustering around this artery are a maze of back to back to back one way streets that lead nowhere, unmarked dead ends through scary industrial areas and thousands of drivers even more clueless than me trying to ascertain which way is north.

The delay had its silver lining--we no longer had time for a tour of West Point, desired by the retired military brother-in-law, not looked forward to by me. I mean, it's just buildings. A bunch of years ago whilst motoring around in the area, I ended up on a road that forced me into the academy. I wasn't at all sure I was even allowed in and feared being ordered, at gunpoint, to reverse course. Instead, even more uncomfortably, I was saluted by the young cadet at the guardbooth. "Um, yeah, OK" and waved/saluted back.

So we got on the Thruway at Nyack and headed north. Always some great scenery along there, especially as you get to the Harriman Interchange with those wonderful fields that go right up to the base of imposing hills. Got off at 299 to crawl through New Paltz, marvel at Manny's Art Supplies (that it's still there--I used to bike over from PoTown to get my art stuff in the early 70s) and head on out into the flood plain to the West.

It was getting on 1pm, so we decided to stop for lunch at Mountain Brauhaus at the intersection of 299 and 44/55. Fantastic location, right at the base of some of the more impressive cliffs in the Shawungunk Ridge. You can look up and see the rock climbers speckled along its face. We'd been there several times in the past, often after going swimming at Minnewaska or hiking at Mohonk, but it had been at least 12-15 years. What was once a solid if unspectacular German Restaurant had, while keeping its general looks, transformed itself into a pretty upscale eatery with, in addition to the wursts and schnitzels, an unusually wide menu. Whereas hasenpfeffer might have been the most exotic option in times past, on Saturday I was debating between Sliced Goat Sandwich, Deer Goulash and....Kangaroo Loin. Well, it's not every day that you're presented with the possibility of munching on some Kangaroo (I never had, in fact) so the choice was made for me.

It arrived, bathed in mustard-wine sauce, in two tapered cylinders, each about seven inches long. I had a brief pang of concern, wondering if I properly understood the limits of the term "loin". Nonetheless, I plunged in and it was quite delicious. Kind of beefy with a liver-y edge to it, virtually no fat and very tender. Good stuff. Still, I was a bit relieved when I located the above illustration.

The others had unadventurous but good fare and, eschewing dessert ('cuz we were eventually heading to my folks' where Mom's own German pastries would be in effect), we headed on out 55, past Minnewaska, out along the Rondout Reservoir, up the fantastically beautiful Peekamoose Road (waterfalls by the roadside, chalet-like houses out in the middle of nowhere), along the Ashokan Reservoir and back down to Poughkeepsie where the aforementioned parents and goodies awaited.