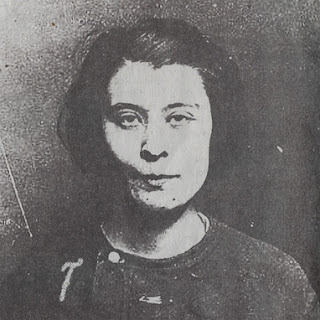 With Mattin, the political is always primary, sometimes overtly, sometimes implicit. How this "works" might well be of secondary importance to Mattin and, occasionally, with the audience but more often there's great tension in effect, an abiding interest in confrontation and the creation of (necessary) discomfort in complacent listeners. Unsurprisingly, this results in a full gamut of reactions from full immersion to repellence. Whatever one's previous reactions, 'Songbook #7' is, to these ears, the most successful and bracing example to date of Mattin's melding of the sonic and the political.

This is a live performance (on vinyl) from 2017, with a septet consisting of Lucio Capece (bass clarinet, sampler), Marcel Dickhage (voice, sampler, German texts), Colin Hacklander (drums), Farahanz Hatam (computer), Mattin (voice, English texts), Moor Mother (electronics) and Cathleen Schuster (voice, sampler, German texts). I pause to mention that, if nothing else, I'm very happy to have been introduced to the work of Moor Mother (Camae Ayewa) whose own work is fantastic and highly recommended. The performance is organized into seven "songs", titled January through July. The text includes multiple historical allusions to the Russian Revolution and Germaine Berton's (pictured) assassination of the rightist Marius Plateau, mixing in contemporary references (including "Bannon the lenninist [sic]", Dick Cheney, audience targeting and a semi-satirical (?) re-imagining of Lenin's ten theses). These are most often voiced (mumbled, garbled, screamed) by Mattin with some amount of electronic distortion. All of this, however, is largely subsumed in a mightily impressive vortex of sound provided by all the electronics and, importantly, Capece's wonderful bass clarinet and Hacklander's throbbing drums. There's a great sense of chaos, briefly emerging order--or violence--and subsidence back into seething chaos; very hard to describe except to remark on its fascinating combination of density and clarity. On a purely aural level, portions of 'Songbook #7' are as exciting as anything I've ever heard from Mattin, a striking blend of text and sound, strident, paranoiac and explosive.

Mattin's performances have often been concerned with audience involvement, sometimes forcible, and an interesting thing occurs a bit into Side B--remember, this is a live show, though I have the impression that Mattin may have deconstructed and reconstructed the performance after the fact. The music ceases and the musicians begin to talk. Quietly, slowly, one at a time, discussing contemporary alienation, noise-making, the contradiction between art-making and civil disobedience, power and more. A female voice (audience member?) poses questions to which people--I recognize Mattin's voice, but others as well--offer hesitant responses. From here, we descend back into shuddering chaos.

A great recording, strong on its own and quite different from anything else out there. 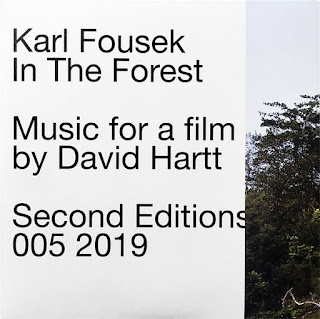 A 12" 45rpm electronic soundtrack to the film, five tracks. I'm unfamiliar with Fousek's prior work so I don't know if this fits in, but the music here is very clean, very pure layered drones. Fousek discusses the technical ins and outs of his process here. The film documents an abandoned housing project begun in Puerto Rico in 1967 that has long since been retaken by the encroaching jungle. As soundtrack, one can imagine the smooth, rather complex tones working very well, accompanying, say, the decaying structures now overrun by vines, being broken apart little by little. As music on its own, I think the appreciation will depend greatly on what the listener brings into it. As mentioned, the drones are deeply layered and swirling, though I have the sense of very discreet lines--there's little apparent chaotic interaction, though there's a nice play of interference patterns here and there. This makes for a reverberant "spaciness" and cleanliness of sound that I'm not so partial to but one that others will certainly dig. The purely sonic aspect is impressively deep and resonant. The fourth piece, opening Side B, gets somewhat grainier and more dense and the third and fifth tracks move to irregular electronic pings, clearly evoking dripping water, hazily approaching a melody, very effective. 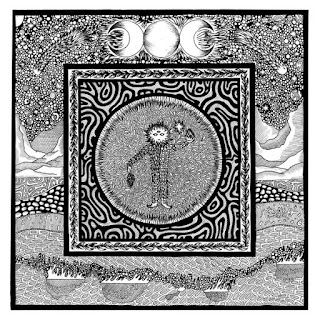 This LP is the third recording by this Prague-based ensemble, the second I've heard. The personnel for this excursion is Georg Bagdasarov (vintage turntable, FX, baritone sax), Veronika Hladká (violin), Jana Kneschke (violin), Jaroslav Tarnovski (synths, electronics, percussion, field recordings), Petr Vrba (clarinet, trumpet, electronics), Michal Zbořil (analog synths, electronics, Indian harmonium) and Kateřina Bilejová (body weather--which I take to be body percussion). The music is free-improvised but the results aren't post-AMM. As in the previous release I'd heard, they tend to coalesce around certain areas contingent with various jazz forms. On that prior release, I picked up Bitches Brew-era Miles, early Art Ensemble and others. Here, the referents aren't so clear, which is a good thing. On the first couple of tracks, perhaps one picks up some Don Cherry circa 'Relativity Suite' (the swirling violins) or some Jon Hassell (the rhythms and enhanced trumpet), but basically IQ+1 is out in its own space. The synths and electronics provide a consistent, undulating bed that throbs like a miasmic swamp, bubbling, lapping and bursting. On Side two, the ensemble almost settles into agitated drone territory, with loopy synth strands, stretched baritone and percolating electronics accompanied by texts, in English, listing times of the day and various everyday objects--the first five track titles are, 'House', 'Thermometer', 'Light Switch', 'Sofa' and 'Dustbin'. One does begin to pick up the sense of some strange household, some quasi-Lynchian vibe. The final cut, 'It's Twenty Minutes to Twelve', attains a fine, gritty, bubbly propulsiveness, sirening off into the echoey, pounding night.  A very enjoyable record from a band with a unique sound.