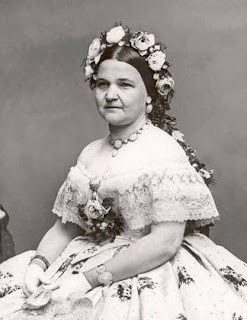 The widow in question is Mary Todd Lincoln and for this recording, Mills visited the site of her tomb, which also houses the remains of her noted husband and three of her sons. He recorded sounds in the tomb and surrounding area--tour guides, everyday conversations, the general ambiance, all low-key--and added to it contributions of his own from various sources, again rather discreet, including recordings of a song from the period, "Old Rosin the Beau", played on piano by Michael Burns.

Suppedaneum releases are as much about the score as the resultant music. Here, Mills' score is presented on a large card enclosed in a gold-trimmed, black folder that reminded me of the kind of brochure one might see at a memorial service. It's in text, in brief lines that take the shape of a poem and which, I imagine, could be realized in any manner of ways. Mills has created four tracks, 'Summer', 'Autumn', 'Winter' and 'Spring'. The first thing we hear is a tour guide saying, "How are you folks today? Welcome to the tomb." Visitors shuffle around, speak to each other quietly. If Mills is adding anything here, he's quite prudent. One hears faint hums, possibly sine tones, but it's tough to say for sure. The group (or the recordist) moves outside and we hear footsteps on gravel, a woolier sonic texture, possibly of vehicular engines--a wonderful sense if volume. 'Autumn' remains out of doors, in a denser more active environment, many sound layers overlapping. This is where the piano first appears, emerging from the heady ambiance, the slammed car doors and birds, distant and wraithlike, gradually coalescing into the song, alongside what seems to be a fife and drum recording of another piece. The piano song acquires greater form and presence, the ambiance taking on more of an accompanying role, swathing and buffeting it--it's an entirely wonderful moment. 'Winter' returns us inside, the crowd still making its way through the exhibits. The salient feature on this track is a fine, billowy hum, as from a heating unit or other air handling device--fitting for the season, if so. With the onset of 'Spring', the piano returns, buried and only barely discernible beneath rain (?), birds, footsteps and engines but remaining steady and stalwart. Train whistles appear, muffled and slowed down (I think), a fantastic and ghostly effect, as the disc closes.

A great piece--subtly eerie, moving and beautifully restrained throughout. 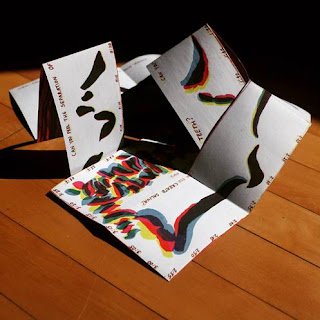 Let it be stated and understood herewith that your humble scribe has a genetic predisposition that tends to engender some degree of difficulty in appreciating "free" vocalists. Exceptions abound, of course, though I find myself more drawn to those who inhabit one of two extremes: either those who are (often) ultra-restrained (say, Ami Yoshida or Christian Kesten) or those who give free rein to a more traditionally emotive aspect, even at the risk of some corniness (say, Diamanda Galás or...maybe Phil Minton singing "The Cutty Wren"). Just to give an idea where I'm coming from.

Again, this is a Suppedaneum release, so music is just one part, here especially so. The release arrives in an off-white vinyl pouch and, apart from the CD with Genetti's music, contains four pieces of artwork/text from Anderson, "listening scores". These are printed on accordioned paper, each bearing abstract visual patterns, text and clock timings that match with the disc tracks so one can, if so inclined, "follow along", appreciating the artwork and considering, or acting upon, the text which largely involves things one might do with their body or parts thereof. These begin innocently enough ("Can you open your mouth?", "Can you create saliva?") but progress to instructions that, speaking personally, I'd have a hard time obeying, even if they're fun to think about ("Contract your liver into the shape of a diamond", "Lengthen your pancreas into your bladder"). The level of difficulty eases in the fourth series.

The first track is quite gripping, in fact, as Genetti whisper-sings into, I'm guessing, a flute or other metal tube, soon overdubbed and accompanied by resonant thuds and low growls, effectively evoking some of the texts ("Can you feel the separation of your teeth with your tongue?"). An electronic ambiance (possibly sourced from Genetti's voice?) is introduced on "Transference", again effectively handled, before a large boom announces her voice proper, operating in what I always think of as the "low ratchet zone". There's a Galás-like aura here near the beginning and it's fine enough though, to these ears, there's not either the remove I want to hear on the one hand or the leap into pathos on the other--listeners' mileage may vastly differ. The last couple of tracks include ferociously sputtered and plosive bursts into, I think, the body of a piano and an extended glottal croaking, all of which are handled very well (and excellently recorded), but it's simply a neck of the woods with which I have trouble connecting. The final several minutes, though, revisit the area explored at the start, combining it with other things found along the way and I found this massing to work quite well. I'm sure there are other aspects I'm simply missing. The recording did grow a bit on me over the course of a number of listens; others, no doubt, will find it more immediately appealing on all counts.