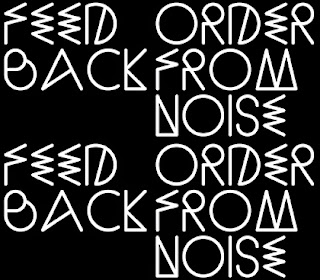 In 2004, a formidable group of musicians assembled, briefly, for a tour of England, ostensibly centered around the use of feedback. They included (at various times, I think) Knut Aufermann, Xentos Fray Bentos, Nicolas Collins, Alvin Lucier, Toshimaru Nakamura, Billy Roisz, Sarah Washington and Otomo Yoshihide. This release offers two discs worth of music performances and a DVD of Roisz' video with musical accompaniment/interaction, curated by Aufermann.

Disc One opens with Lucier's "Bird and Person Dyning", always a joy to hear. This is the only appearance of Lucier on the set and I'm wondering if he actually ever performed with the rest of the ensemble or only realized this piece, which he apparently did at each of the seven tour stops. A quartet of Aufermann, Bentos, Roisz and Washington offer a crunchy, hum-filled noise-fest, followed by a solo by Yoshihide in hyper-noise and, yes, feedback mode, raucous, thick and uncompromising. Aufermann and Nakamura present a more somber duo, dark buzzes with small, silvery sounds flitting through, very attractive and the disc closes with a sextet(sans Lucier and Roisz), "Lullaby"; soft but not exactly lulling, it's a fine exercise in control, the six members retaining composure, contributing solidly to a thick, complex whole that traverses its twelve minutes with tenseness, an outstanding piece.

Disc Two begins with a Nakamura "nimb" work, all quiet sizzle and pop, vintage Toshi. A groaning, gnashing snippet from Yoshihide and Washington leads to a solo work by Collins, "Pea Soup + Mortal Coil". I almost always want to enjoy Collins more than I end up doing so; not this time. Gentle waves of feedback escalate into a wild, complex array of electronic moans and screams, wonderfully unconstrained, not nearly as "tight" as his music sometimes gets. A short, scratchy solo from Aufermann feeds into another performance by the sextet above, "Block 3". It's far less concentrated than the other performance, more in the cracked electronics/Voice Crack area and not as special, more of a routine performance from that time.

I've never quite warmed up to Roisz' video work though a couple of the five presented herein go some way to correcting that. Her solo piece, "BÖRST" exemplifies what I don't care for, both in the chunky, pulse-driven electronics and the ragged, pale green on black videography who's flatness and sharpness puts me off. Far better, visually, is "TILT" (set to music by the quartet listed above, which doesn't do much for me), where four thin, gray verticals form a kind of framework for the dancing and meandering of red uprights that begin as near-matching overlays but mutate throughout, creating an interesting tension. Presaging their duo formation as AVVA, we see a collaboration between Roisz and Nakamura, my favorite of this set both musically and visually. Toshi's sounds are subtle, thoughtful and concentrated while Roisz' video, all black and white, anticipates the work of Kjell Bjørgeengen (at least, my awareness of same) in its usage of minimal input to generate complex patterns that veer between regular and irrational. The sextet is once again represented, giving a performance rivaling "Lullaby". The accompanying images recall Richter's smear abstracts but, as I often find, lack the depth to really draw me in. Finally the quartet is melded with image system unusual in my limited knowledge of Roisz' work, sixteen monitor-shaped, gray lozenges with red and then green amoeba-like forms making inroads to various degrees, each different though related.

An uneven but intriguing compilation, then, and a worthwhile documentation of this particular, one-time nexus of sight and sound. 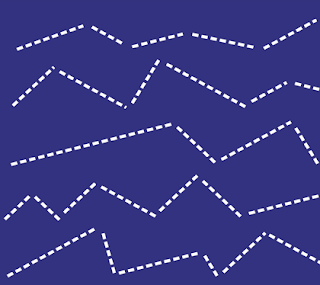 A 2010 performance from Los Angeles, I find it hard not to compare with various releases on 4FourEars earlier in the decade, many of them involving Müller and Moslang, most of which gradually became all but indistinguishable from one another. A certain level had been reached and the musicians seemed willing to dwell there, entirely capably but with little sense of exploration or danger. The burbling electronics and implicit pulses provided a ready-made bed in which to frolic but one had the impression of routineness, of being able to pull off a given show one arm tied behind the back. This didn't mean the music was "bad" just, for me, less than exciting. Listeners who enjoyed those many mid-oughts releases by that cadre will doubtless like this one as well. I find it a bit nondescript, though. (Another fine cover by Kahn, though!) 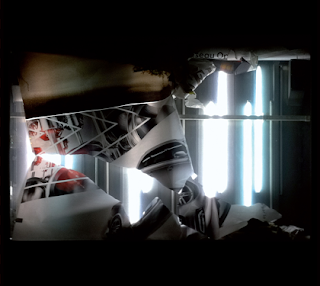 Admittedly, this trio of Mikroton releases is problematic for me, each involving contributors I've not been terribly fond of in recent years. Here it's eRikm, someone who I've never quite cottoned to and, heard last year in concert here in Paris in an acousmatic context, I found almost unbearable. On the other hand, I tend to enjoy Brandlmayr, so....

The album begins well with "L'Hinterhof", eRikm's effects mixing well with Brandlmayr's brushwork, the latter still very controlled but not as (fascinatingly) mechanical as his past work with Radian. There's a welcome restraint on the part of both, an interest in non-flashy color for the most part, though the thundery sounds that surface a few minutes in are a bit over the top. The mix between the two works well throughout, it's just that the choices made (more overtly, due to the nature of the electronic sounds) by eRikm seem routine more often than not, reminiscent of the acousmatic school referenced above, an area that generally holds little appeal for me (the fabric of the processing tends to have a blandness to it that I equate with Photoshop). That said, the interaction can reach some level of excitement, as on the spiky, blistering portions of "Repercussion" and occasionally elsewhere. My fears of bombasticity were largely allayed but on the other hand, while ably performed, not so much stood out for me. Those more enamored than I of recent work from, for example, Jérôme Noetinger and like-minded electronicists could well find plenty to their liking.