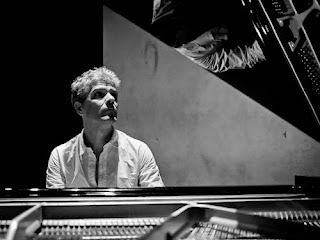 Jacques Demieree - the thirty and one pianos (Flexion)

[couldn't locate a cover image larger than pea-size, so...]

Yes, some thirty or so pianists gathered together to have at the work, recorded live in 2012 (you can see a video of the part of the performance here. I recall in the far distant past when the Stanley Cowell-led Piano Choir released a two-record set on Strata-East: great excitement at the prospect, some substantial disappointment at the result. Perhaps inevitably, in 1973, the sound was muddy and murky, the contributions of the seven pianists blurred and indistinct. Well, I'm guessing that cloud effect was one of the things explicitly sought for by Demierre with so many hands at the keyboard and within the piano frame.

As can be seen in the video, during at least the second of three portions of the piece (perhaps for all), the performers are wearing gloves, some of which appear to be rather thick (the inner sleeve sports a photo of one such pair, much the worse for wear having gone through the paces of the composition). No pianistics as such take place, more several kinds of piano massage, the performers enacting broad, muffled glissandi up and down the keyboards (which range from toy pianos through uprights and grands), varying their attack at the behest of Demierre, who wanders the stage providing numerical hand signals. The first section seems to be all inside the piano and the sounds issued are relatively distinct, a slow progression of chiming plucks and trills over a misty base, the envelope gradually altering due, one assumes, the instructions of Demierre. The second section, as you can see in the clip above, is all swirling clouds with various unique textures emerging and receding. It's enjoyable listening to on speakers but one can easily imagine the greater effects inside the hall. That said, the music more of less sits in one place; comfortably enough, and clearly there's minimal concern with large scale "movement" but how long one can remain absorbed will vary from person to person. The last part seems to combine the two approaches (I could be wrong); at this point, the overall sameness of the piece begins to take something of a toll though, again, that could well be an artifact of the recording as opposed to the live experience. Nestled into, not thinking of the particulars, Demierre has created an enjoyable, billowing and slightly prickly environment.

A solo piano work is appended, amusingly titled "free fight". It's quite percussive with, I think, unison key strikes and string plucks at first, frenetic and engaging throughout, producing sequence after sequence of varied textures including some delightful bubbly/wooden sounds. An impressive work, one I enjoy more than the "main" set. 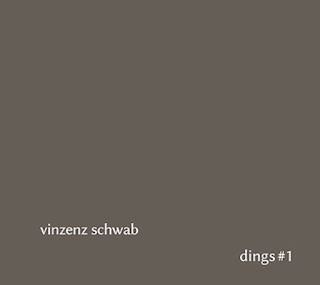 The enveloping, complex welter of scurrying and ominous sounds and creaking trunks that make up "musik ist ein dickes waldtier (music is a fat forest animal) is a fine example, containing a fine balance of electronics and grittier, more obscure noises while the brief "walked by" succumbs to the temptation to include the kind of sliding sounds derived from 60s tape collage work. Matters are righted with "variations from piano", the work with Damijan, an initially hard-chugging, rocky piece that fragments as it goes, re-forming into a serious storm by its conclusion--very strong. The short piece with Einheit is appropriately dark and festering, replete with buzzing flies and allusions to steady rockish rhythms while "quartett für gruben & sträucher (quartet for pits and shrubs)" picksup on that dystopic idea and adds conflagration, buzzsaws and more; it reaches the verge of too-much but manages to maintain its poise amidst the drama and chaos. "expand.pique", the final cut, is perhaps my favorite with Moser's long, dark, elegiac cello lines twined amidst street sounds that begin with the everyday and quiet before erupting into violent demonstrations, sirens and shouts, explosions and chants. Impressive and harrowing.