As always, apologies for the brevity of the following reviews but time necessitates such...the latest batch from Creative Sources 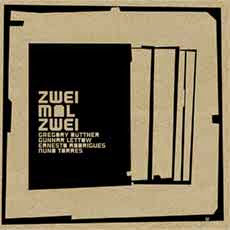 Computer, prepared bass guitar, viola and alto saxophone, respectively. Soft improvisations, making nice use of resonant string qualities, skittering and slightly nervous, but never overcrowded. Büttner's electronics (I assume) project a gentle spray of thin tones with a particulate aspect while Torres quietly bubbles and burbles. The music can fall back into a squiggly kind of meandering (parts of "22") but by and large is well-contained and focussed, the sounds clearly articulated int heir microscopic world. Things really gel on the final, longest track, "42", where the combination of long held tones and fluttering ones meld perfectly, imparting a sense of drama and depth. A good, thoughtful session. 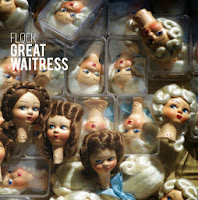 My personal favorite out of this bunch of releases, a hitherto unknown (to me) trio, wonderfully named, comprised of Laura Altman (clarinet), Monica Brooks (accordion) and Magda Mayas (piano). Mayas' piano (inside and out) forms a strong spine around which Altman's ghostly clarinet and Brooks' quavering accordion wind. The first of two works, "Rites", is a sinuous, brooding piece, the trio presenting a wide palette of generally consonant sounds, one or two usually holding long lines, the other(s) wrapping themselves around the tones, slowly expanding outward, Mayas' plucked strings often evoking a koto. The other track, "Sownder", is sparer, more ethereal but equally strong, layers of high, ringing pitches beautifully placed. A fine recording, don't let it slip through. Hope to hear more from this trio. 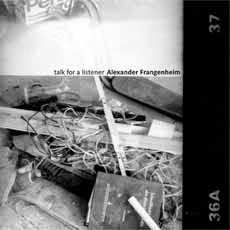 He sports such a great name, I want to like his music but I've never been able to cotton to the sounds bassist Frangenheim creates and this recording is no exception. Eleven tracks, 52 minutes, solo acoustic bass, of the kind of overly-active, scratchy, squeaky free improv that always sounds, to me, derived from the drier reaches of post-serial music. Just not my cuppa. 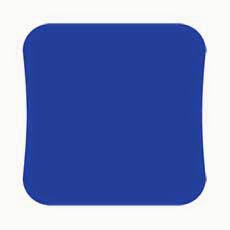 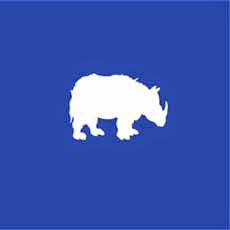 Two releases from the large ensemble named for Yves Klein Blue, bother recorded in early 2014 with 13-14 musicians including the Rodrigues', Nuno Torres, Carlos Santos and others. One operating ethos of this group is, I take it, to produce a fairly quiet overall sound (an innately enjoyable characteristic of any large configuration); whether the relatively busy level of activity is desired or simply the outcome of the individual predilections of the members, I've no idea. In any case, the result is engaging on both sessions, with a subtle forward-moving sense imparted, helped along by discrete and lovely single note contributions from pianist Rodrigo Pinheiro and, I think, Ernesto Rodrigues on plucked baritone violin. "Rhinocerus" [sic] is more resonant (perhaps due to the space?), deep tones hanging in the air above the jittery, generally soft skittering below. While both recordings are fine, I enjoy the latter a bit more as it has a mysterious air about it, carrying subtle intimations of ritual. 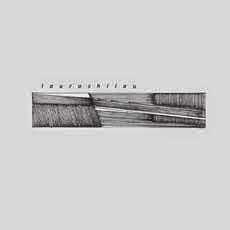 Extrapolating from the apparent ethnicities of two of the participants is a dangerous business, but it's hard not to hear vestiges of Japanese and Korean traditional musics in these improvisations, a certain ritual dance quality, for example. Sometimes they venture into oddly jazzish forms, as on the fourth track, evoking something of a Jimmy Giuffre feeling, though the keyboard (is that the pianet?) conjures up spacey, 70s Fender Rhodes--I kind of like it. Most of the music is delicate, wispy, perhaps lacking in some degree of focus and intensity, but enjoyable and having a good sense of discretion and sound placement within a vaguely tonal atmosphere, the closing track especially so. Worth hearing, curious to know what else these musicians are up to (first I've heard any of them as far as I can remember). 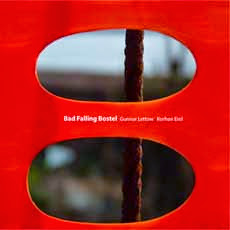 Twelve tracks from Lettow (prepared bass guitar, electronics, objects) and Erel (computer, controllers). As has often been the case with this set of releases, the music here is quiet but busy. There's a consistent presence of bell-like tones--not sure who's responsible--delicate patterns arrayed over sandy washes, not-quite-rhythmic. The "purer" computer activity I find less interesting--too much of the old vernacular, 60s tape collage sounds. The shortness of the pieces often work against them; there's a feeling of rushedness (perhaps intentional) that gets in the way a bit for me, despite the often attractive aural colors. By the disc's conclusion, there's something of a treading water feeling; I'd like to hear more extended work, see if they can fill a longer space and keep up interest. 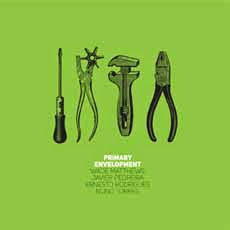 Matthews on digital synthesis, field recordings and amplified objects, Pedreira on guitar, Rodrigues on viola and Torres on alto saxophone.

A bit dissimilar to much of the above in terms of an increased textural richness, due I think to Matthews electronics, which form a nice, constantly shifting blanket of sound throughout, into which the others weave their threads, Torres a little more vociferous here (but not unduly). This is the type of session that falls, for me, into a category frequently found on Creative Sources: an improv date that's very competent, no particular problems, but not standing out in any real way, with no (perceivable by me) really interesting ideas in play. It's fine but, by this point, I understand that this can be achieved and am seeking more. Not to harp unfairly on this particular release, just a general comment. 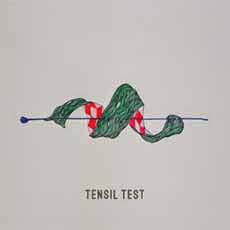 Tensil test (Joe Rehmer and Paul N. Roth) list among their array of instruments "a beard" and "mayhem". You shouldn't do this. While I can't speak for facial hair contributions, there's little mayhem involved, just a decent improv set that utilizes space and sonic depth fairly well, often apposing deep drones (presumably bowed prepared bass) and foreground clatter. The longest piece, still less than 10 minutes, works the best and, as with some others in this CS bunch, I'd've liked to have heard an attempt at longer forms. The final piece, a strong combination of heavy bass plucks and tingling metals, practically begs for expansion.... 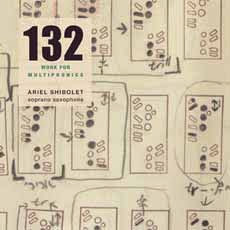 A single piece for solo soprano saxophone, a concentrated, calm investigation of, yes, multiphonics. One has the impression that a system of sorts is in play, but that's a guess. Shibolet unfurls single-note lines, one after another, held fairly uniformly, with little pause between. I thought of single color slides being presented, the colors very complex though not necessarily related to those coming before or after. I also remembered Richter's "color sample" paintings, though there's a graininess in play here not found in the visual analogy. The singular focus makes the recording more absorbing than it might have been otherwise, providing a strong sense of the player's identification with his instrument and his patience in extracting the precise sounds he wants. Good work. 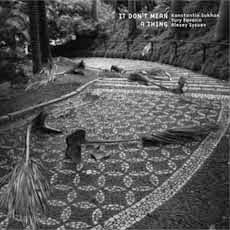 Trumpet, piano and no-input mixer, respectively. In a way, I think of this the same as "Primary Envelopment" above--well laid out, no obvious missteps but also playing it, in 2014, too safe, Sukhan's trumpet takes on any number of extended techniques, though he's more full-throated than most, Favorin stays within the piano, activating and buzzing strings and Sysoev deploys the nimb ably enough though, I sense, without the concentration and care of a Nakamura. Again, fine but not essential. 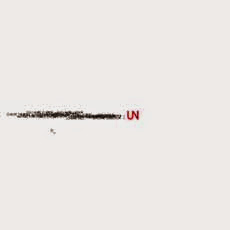 Un is a large ensemble, some 22 musicians, almost all of the unfamiliar to me apart from David Chiesa. This recording presents six compositions by various members. In violinist Julien Sellam's "L'Acceptation d'Élizabeth" the Elizabeth in question is Kübler-Ross and the piece deals with aspects of mourning via approaches to A440 that never arrive and complex rhythms coming to accord and balance. It works quite well, very subtle, with the mournful attributes implied rather than hammered in. "Beb", by snare drummer Didier Lasserre, dedicated to bassist Beb Guérin, is quiet and somber, vague, low orchestral masses rubbing against one another in the darkness, ending in a funereal procession. Another impressive piece. Chiesa's "The Blue Yonder" attempts a sonic portrait of Werner Herzog and I can imagine it working better with imagery but, as is, comes across as a fairly routine, post-Cage orchestral exploration, isolated sounds appearing and subsiding but using the kind of semi-academic vernacular that never quite appeals to me. Languages are at the core of the brief "Hein!!!" by bassist Bruno Laurent, using game rules and group divisions, asking members to incorporate various idioms and approaches, including popular ones; not so effective, a bit too Zorn-reminiscent. Chiesa returns with a much more effective work, "Masses", the light, higher pitch sounds floating in longer lines,very spectre-like and beautiful. The disc closes with drummer Mathias Pontevia's "Tenir par là: 174,6 Hz et ses multiples", a powerful crescendo for ensemble, starting with an ultra-quiet hum and building to a roar, lovely plucks, pings and bangs ornamenting the drive, a bit Branca-esque. A strong work and an intriguing ensemble. 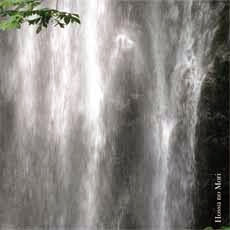 Solo percussion, quite active and containing a high percentage of rubbed surfaces. Any number of like-minded approaches come to mind, from Lê Quan Ninh to Seijiro Murayama and others. The dynamics vary widely and there are some nice sustained effects but by and large, I don't hear much that distinguishes the music from any number of free percussionists and, as is often the case, there's an insistence on activity that grates on me, never the sense of producing a sound because it's necessary. Again, it's all well done, not a problem, just a bit too routine by this point in history.

Did you know that you can shorten your long urls with AdFly and get money from every click on your shortened urls.