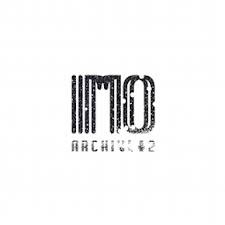 Admittedly, an ensemble this large (36 by my count, presuming all play on each of the two cuts) that creates music this restrained has me half won over from the get go. In fact, it's hard to believe so many are involved with the first track, "line 1", a steady state piece that maintains an amorphous, organ-like tone throughout, accentuated by very delicate percussive sounds and string scrapings. The sublimation of all the instruments to that sound is quite impressive and the piece acquires a fine, breathing sense of life. Would have loved to have experienced this in a good room. "line 2" begins in a good deal more agitated fashion, a-flutter with whispers, mans, scuttling but again, pitched at a low dynamic and never feeling overly busy. Eventually it works its way back to a situation not so far removed from the previous track but with a more sonorous, ringing tone spread through the orchestra. A bit less satisfying than the first but still tasty. A good effort here, worth hearing. 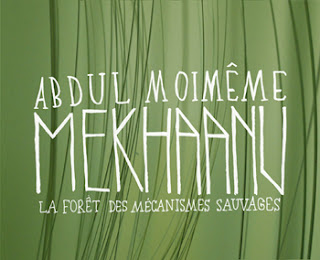 In which Moimême subject two prepared electric guitars to simultaneous improvised assaults. In his notes, he refers to industrial working conditions and the sounds to which they often give rise and this sensibility is clearly heard on the seven pieces presented here. They're quite guitar-ish, no attempt at hiding the origins of the sounds, very resonant (one track in which the guitar is laid inside a grand piano) and "stringful", bowed, plucked or scraped. I have a tough time getting a grip on anything more than the surface sounds here, the echoing, chiming kind of tones that I associate with, for example, the freer portions of Frith's first solo recording. The last cut, "Atmosphère Méchanique", manages to transcend these issues, I think by pure dint of effort, almost willing the music beyond the surface limitations, to begin to inhabit and interact with the space in which it was created, to become a powerful form. Listened to thusly, as a search for that moment, the album has an enjoyable (if listener-imbued) narrative. I'd like to hear more in the direction indicated by the journey's conclusion here. 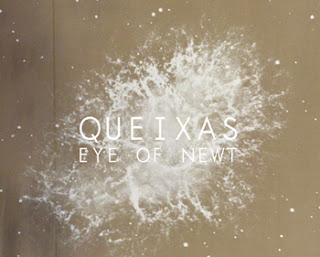 Abdul Moimême (prepared guitars, objects), Cyril Bondi (floortom, objects), D'Incise (laptop, objects). re: the above write-up: I'm often forced to wonder how much the recording details contribute to that sense of "in the space" that I found a bit lacking there. Here, it's not an issue at all, everything seems as though the air in the room is integrated perfectly with the sounds, as if they emerge from the space and aren't imposed on it. Low level but active improvisation is the rule here with a wide range of tones and textures. Bondi has been an asset in every context in which I've heard him and definitely provides substantial starch here, his pulsing, almost-on-rhythm low bangs propelling matters beautifully. On the whole, the music doesn't particularly stand apart from the field but is quite strong, vibrant and alive; often, that's all I need. Solid stuff, worth a listen.

Bondi is one of those people I don't think about too often, but then when his name comes up, usually here or on Pinnell's concern, I am immediately excited. Inasmuch as i can disentangle his efforts from those of his collaborators, I find him consistently fascinating and difficult to grasp (in a good way). And on that note, most of the recordings from Insubordinations are also top notch. Thanks for bringing these to light.