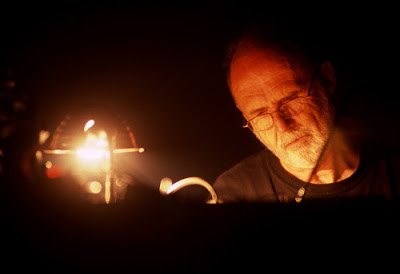 During the week prior to this concert, Rowe talked about the Dvorak piece quite a bit. In recent years, there has often been a work form the classical repertoire that's seized his imagination, generating a certain amount of obsession as he sought to understand it on his own terms, often to extract a kind of "commentary" on contemporary issues that concerned him.The repertoire was quite alive and one of the ways of keeping it so is to place it into new contexts, hear what new information it has to offer. For Rowe, the Dvorak Piano Quintet had come to embody certain ideas about memory, including nostalgia, loss and false memories. Knowing that he was scheduled to perform in New York, on the tenth anniversary of 9/11, it seemed an appropriate piece to utilize.

This has been something f a departure for Rowe, to at least occasionally bring in samples from the classical repertoire, knowing more or less how they'd be used. It first (to my knowledge) surfaced in the solo Tokyo set from several years ago and here, is the thread that winds through the 34 minute concert. But, also as with much of Rowe's work over the past few years, especially solo, the density of sound/ideas here is astounding, bewildering, opaque, exhausting and, finally, so moving.

Aside from the Dvorak, which weaves in and out of the proceeding (and which, I should say, is absolutely gorgeous in and of itself), the principal elements are various radio captures (including an eerily appropriate, clear snatch of EMF's "You're Unbelievable", with all the immediate echoes of Bush it conjures up, as well as some 9/11 discussion and other tidbits) and some extraordinarily brutal sounds from Rowe, possibly contact mic-generated. Imagine the harsher moments from his duo with Sachiko M and amp that up a few notches. But what impresses me from a sonic standpoint is the rough-hewn, brutalist structure of the piece, like a Twombly carved from basalt with a jackhammer. The Dvorak certainly helps to provide some degree of linearity, but it's like, if you will, a string connecting blocks of rock candy (!), and a bitter candy at that.

The explosiveness coheres naturally enough with the allusiveness of the date, though never so overtly as to be at all banal; indeed, they're less explosions than massive fields of static, implying, to these, more in the way of human communication and lack of same in the aftermath of the events. This was amplified in a contribution, unfortunately not picked up on the recording, from a drunken woman outside the venue, who was initially heard screaming, "No! No! No! No!" and then, when asked by the door-person to please keep it down, that there was a concert going on inside, "Fuck you! Fuck your concert!". It was actually the perfect compliment, the ideal "real world" reflection of what Rowe was describing in his music. 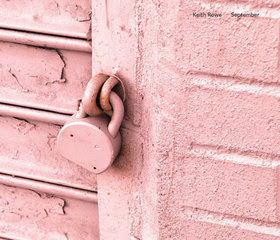