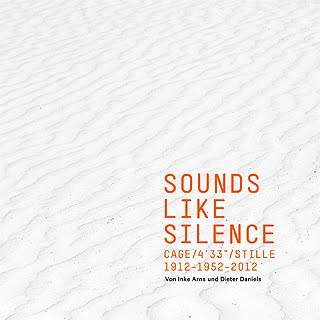 A quite crowded and noisy compilation of many performances of 4'33".

It's an odd melange, incorporating many announcements (from the radio, for the most part, I think), in German and English, about the piece. The first of the six tracks, indeed, consists of virtually nothing but these announcements, including contributions from Cage himself (once between 103rd and 104th Sts. at 3rd Avenue, an intersection I know pretty well) and a sarcastic news reporter at Harvard Square. The former includes commentary from passersby, over a faintly heard "Day by Day" (that horrid song from "Godspell"), before moving to a brief (14-second) second movement near the river. It's a fascinating listen, somehow much more alive than most field recordings I've heard these days...

There's much repetition here, in the spoken texts and certain sounds, but the works unspool in different directions. There are performances of 4'33 by, among others, Matt Rogalsky, Ulrich Krieger (a saxophone quartet version), Lasse-Marc Riek, Stephen Vitiello, Mathieu Saladin (the wonderful, full-volume rendition) and Einsturzende Neubaten ("Silence Is Sexy"). As a kind of primer that, if nothing else, lists a number of approaches and to an extent, some amount of public reception, "Sounds Like Silence" performs a small service. Personally, only the shards of Cage conversation (that live street piece, especially) were valuable. There's no other attempt at explication to any substantial degree, presuming I'm not missing too much of the German text, which could be the case.

For completists only, I fear. 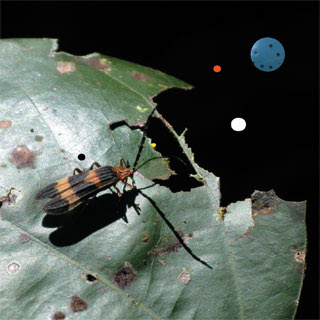 Quite recently, I was having a conversation with a musician of some renown. We were discussing field recordings, the plethora thereof, many of which find there way to my abode. "If I were running things", he said, "there would be certain sounds you'd simply not be allowed to use: water, birds, traffic sounds, church bells, airplane engines, wind. I'd make it really, really hard to be able to construct a good recording from the field." I couldn't help but take his point. So many come down the pike, so many, after digesting, are all but indistinguishable. Pleasant but innocuous. I'd add something else: that they're subtly coercive in the sense of taking an environment, one that, were you actually there, you'd have your choice of areas of concentration, etc., and insisting on a certain focus. This happens all the time in "music", of course, but something about it sits wrongly with me. Exceptions abound, to be sure, especially when the field has become subtly and beautifully transfigured (Pisaro's "Transparent City" set comes quickly to mind) but all too often I end up feeling like someone who's just browsed a friend's nicely put together and shot photo album. It's fine, but....

Forgive me for using these recordings as a springboard for the opinions above (though the label, Gruenrekorder, is certainly one whose releases often occupy this territory); just needed to vent a little.

"Ultrealith" falls into that slot of modified field recordings, eight tracks assembled over much of the past couple of decades. Fairly quiet, many insectile and avian sounds, often streaked through by gentle electronics of one kind or another, sometimes soft percussive flurries, occasionally taped voices, but nothing particularly gripping or, as it were, memorable. Some of the works were conceived as installations and, as with many a release in this area, one can at least imagine a more conducive experience being had if one were permitted to walk through the sounds, divert one's attention as desired, etc. As is, it's pleasant, tickling your soles a bit, but not so much more. 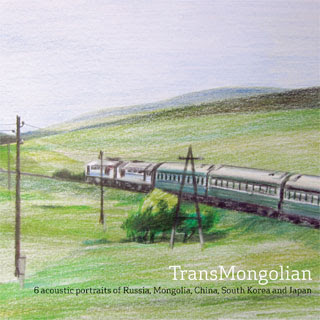 And we're off once again, this time on a six-part journey undertaken in 2010 across Russia, China, Mongolia, South Korea and Japan, Etzin making the sound recordings, Hoedemaker contributing drawings in what seems to be colored pencil or pastels.

In this case, the recordings (as near as I can tell--I could be wrong) are untreated. They're not travelog-ish, no train engines or whooshing winds, more moments that happened along and/or were chosen afterwards by Etzin (though the one from Lake Baikal is...watery). So you're more than usually cognizant of the choice factor: why this and not that. And, by and large, Etzin's choices are reasonably engaging, often obscurely sourced, bearing textures that are sharply drawn, the sonic equivalent of a silver gel print form the Adams (Ansel) school). Still, things quickly begin to pall--Baikal's waves become somewhat numbing, the nighttime in Mongolia is replete with insects and train sounds (nice contrast of the shrill and deeply rumbling), a festival here, air rushing in Japan. As is often the case, there's nothing "bad" here; how could there be? But also nothing that seizes the ears, that makes me wish I'd been there, that, essentially, I can't reproduce for myself at any given moment, with the materials close at hand.

Apologies for the griping nature of this post....listeners with a bent in this direction will surely find much of value here.

The Cage accompanies a forthcoming publication (which I've done a couple of translations for), oodles of explication in there.

Griping maybe, but I agree with your reservations / weariness as regards 'pure' field recordings. As you say, in most cases 'nice, but so what?' (though I should add that I haven't heard the particular discs you're reviewing, so can't judge them) But I also agree that transformed field recordings (as with Tranparent Cities) can be wonderful and ear-opening in the right hands, and I feel that there's still a lot of mileage to be got from using the sounds of everyday environments in music as long as this is guided by compositional decisions / processes. (But I'm sure there are many within field recording who disagree strongly and prefer a more purist strategy).

thanks, Simon. It's a question that always intrigues me. Aside from something like the Pisaro, where there's an added element, why is it that, for me, pieces like Luc Ferrari's Presque Rien series are so powerful and beautiful? I take it that it has to do with the construction/composition, the poetics of how he handled this which happens to resonate with my own aesthetic. Quantifying it is impossible, though, at least for me.

Yes, I have written in a similar manner over recent months as well. I'm never quite sure why, given the endless mass of different sounds to be heard in the world, why the same set of elements keep appearing.

There is a lot of life to be found in composition using field recordings out there though. Vanessa Rossetto's work continues to give me hope, as does the forthcoming David Lacey/Patrick Farmer disc on Copy for your Records and of course Michael's composition. Its not that I necessarily want to keep hearing new sounds, just new ideas. I'm sure there are still interesting things to be done with hydrophone recordings of rivers for instance, I just don't seem to be hearing them lately.

Thank you for the credits, but I have to correct: I made the photographs which were part of the exhibition in Korea. The drawings are part of the CD artwork and the credits for them need to go to René Seifert.