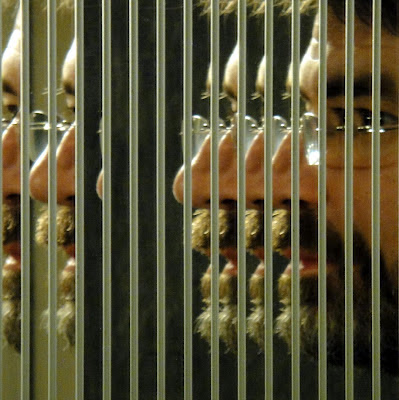 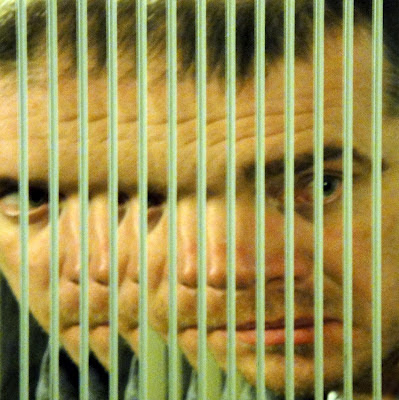 Given its title, one immediately begins thinking along digestive lines at the beginning of Lambkins's "The Food Chain", starting as it does with (I think) human-generated sounds, perhaps grunted into a large tube or other receptacle, before become substantially more leonine (still not certain if those as processed big cat roars or not). It's kind of disturbing and doesn't become less so when the scene shifts to what sounds all the world like a bar fight. One imagines it spilling out onto the street whereupon a jaguar leaps in and devours the participants, establishing its won food chain--that's the image I get, in any case. A rough, fascinating slab of sound, having a bit of the feel of being extracted from a longer work but...meaty enough on its own.

Lescalleet's piece seems to shoot for a more accessible tack, starting with some kind of trigger-activsted sound, morphing through beats, muddy sludge, muted, liquified voices, eventually settling into a Fennesz-y was with gentle eelctric-piano behind washes of ambient, field-recorded material. It's all very alluring and immersive, retaining enough of an edge, both in terms of aural-harshness and the nostalgic figure played by the piano to easily carry the listener through, As with the Lambkin, he leaves you wanting a wider purview, which I guess is a good thing.

Likely available from jason on tour 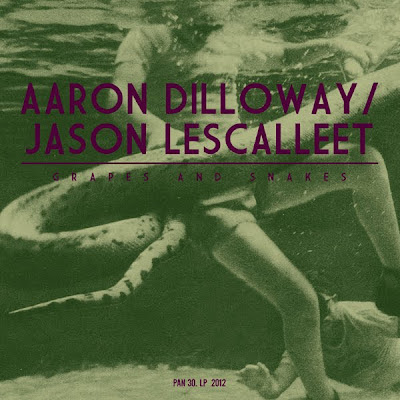 Not quite as wantonly noisy as you might expect...Side A (Grapes?) begins with lush, swirling synth, the odd stutter immersed within, an intriguing, harsher whine skirting the edges. This occupies the first half of the side. Just as interest palls, there's an abrupt shift to a dire mode, sight shudders, a repeated, heavy drop--all dark and damp. It's effective, though a bit reminiscent of some mid 90s "isolationism".

I enjoy the possibly ophidian B-side much more. There's a malevolent pulse, brooding, eddying percusso-electronics and an overall inky density that both inviting and slightly repellent. There'e a good deal more grime in the mix here, so the synth swirls retain grit and teeter uneasily--very nice, the loops possessing a drunken character. there's even a whiff of early, grungy Riley to be heard, buffeted by squeals that build into squalls. Lescalleet used part of Riley' "You're No Good" in his recent erstwhile disc and you get the impression it's a source of inspiration here as well, but more ferocious than Riley ever got. Humorously enough, this segues into a section that harkens back to Pierre Schaeffer's "Psyche Rock", or one of the mixes thereof. It's a delightful, surprisingly bouncy way to take out the side. Solid piece and, again, perhaps not what you were (or, at least, I was) expecting.

The pair will be in Brooklyn on November 3. 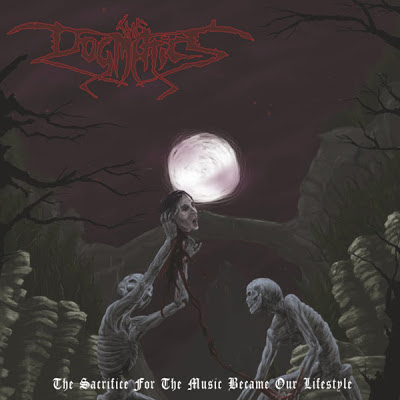 The Dogmatics - The Sacrifice For The Music Became Our Lifestyle (Monotype)

Ok, yes, it's one of the worst album covers you'll ever want to see and the title ain't much better. I harbored great misgivings until flipping it over and discovering the perpetrators to be Chris Abrahams and Kai Fagaschinski. There's hope, I thought.

And there was. Seven tracks, fairly short; I think it would be fair to say that, overall, the character of the music is not dissimilar to that produced by The International Nothing, Fagaschinski's duo with fellow clarinetist Michael Thieke--quiet, long-held tones, carrying a smidgen of Feldman and more than a whiff of some Neo-Romantic Teutons. The odd flurry of shrillness or volume emerges for a moment or two, now and then, serves notice that all is not precisely serene, then subsides, leaving a welcome, lingering sense of unease. I think there's a good deal buried here and that subsequent listens will reveal elusive layers. I like it as is and suspect there's more to it than I currently perceive. Good recording. 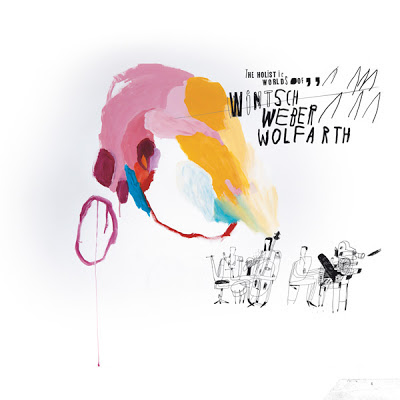 Wintsch (piano and synth) is new to me, I think, though I've heard a good bit of the rhythm section. On first blush, Paul Bley, not Sun Ra, comes to mind, both in pianistic touch and in the loose lyricism of the first track, "Singin' Joe". That mood holds sway and, for my ears, it's tough to pull off without the idiosyncrasies of someone like Bley; the rambling can become a self-sbsorbed eddy. To the extent that pieces succeed, it's when the rhythm exerts itself somewhat, pushing the issue, injecting some direction, though this only occurs two or three times. Everything quite well played--I still enjoy the essential sound of Weber's bass, always have--but amorphous in a way that's not as fascinating as it needs to be, at least for this listener. As is of often the case with recordings clearly nodding to the jazz tradition these days, your mileage may differ substantially from mine. 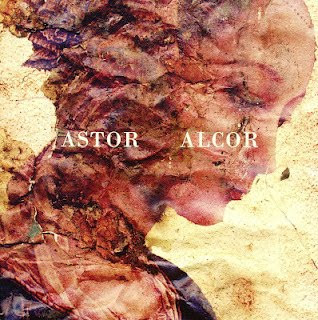 Released on Kye at the same time as the fine LP by Vanessa Rossetto, this one sounds to me more in line with items from labels like Unfathomless that troll the waters where field recordings bleed into ambiance. Not precisely my cuppa though this is a very handsome set of its kind and, at several moments, manages to generate the sense of mystery I value where the recorded sounds possess an edge and are underlain by electronics subtle enough to almost pass unnoticed. There's a point during 'Guns' where the music might even have been mistaken for the masterer here, Lambkin--it gets to that sort of balky, beautifully awkward unrecognizability. Certainly worth a listen if you're at all into this area. Lovely cover art as well.