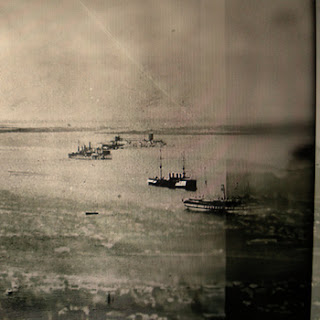 Radio Cegeste is a project created by Sally Ann McIntyre which involves site-specific recordings of a "micro radio station", in this case operating on a hilltop near Dunedin, New Zealand. It seems to comprise the bedrock of this fascinating disc; what else is mixed in, by Noyes and perhaps McIntyre, is hard to distinguish, though I take it a broken accordion is one such (and a lovely element, at that). Whatever the case, the results are quite fine, varied within these radiophonic parameters and flow beautifully. Had this emerged from N[Q], I wouldn't have been surprised. There's a similar level of restraint, of allowing the phenomena to stand on their own for extended periods, a minimum of overt manipulation or gestural activity. Snatches of voices, a violin melody (I recognize it, but can't place it), swarms of other generally low-key detritus come and go, very much giving the sense of drifting by, being momentarily captured, then going on their way. 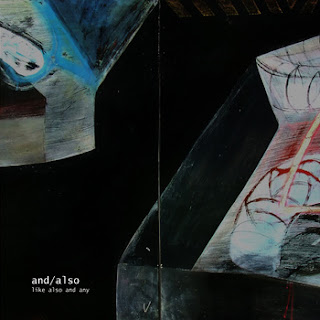 and/also being Noyes on percussion and Stuart Porter on alto sax. More of a post-free jazz session with Porter, especially, sticking in more (relatively) traditional frameworks, recalling Braxton among others, with something of the plaintive quality of Marion Brown (and McPhee, too). Noyes moves things in a Prevostian direction and, once in a while, Porter follows suit but mostly stays in a fairly non-extended area, creating something of an oil and water effect, which actually does work on occasion but more often sits uncomfortably for this listener. He seems like a perfectly sound player but, given my predilections, it's hard for me to get too excited about this kind of venture. Well played on its own terms though. 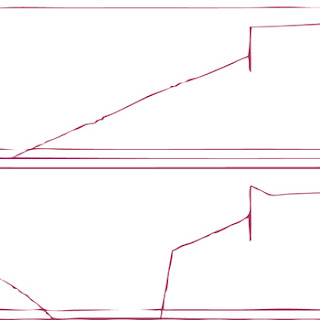 Solo Noyes, one live track and two studio, from 2011. Extremely quiet for the most part, all electronic as near as I can tell. The lengthy live track is especially impressive, a long trek from the kind of sparse playing I relate sometimes to Rowe (as in his recording with Sachiko) that lays a fine groundwork for some explosions later on, said eruptions not at all sounding forced or requisite, more natural bubblings up from the pre-sewn seeds. The subsidence, with its heavy thrum, is an unexpected joy as well. Good, thoughtful work, deserving of more commentary than I can come up with today. Check it out.