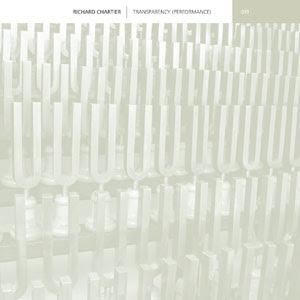 There's this amazing-seeming thing called the Grand Tonometer pictured here, built by the physicist Rudolf Koenig in the 1870s, consisting of 692 tuning forks, designed to elucidate the range of frequencies over some four octaves.

Chartier has taken recordings of the device to construct this lovely work. As one might expect, the general sound-world is one of shimmers, layered tones usually without the initial strike, though that bit of percussiveness surfaces now and then, a very beautiful effect. There are other subsidiary rumbles and noises, the whole embodying a complexity not immediately apparent. There's something almost stately about the way it proceeds; one picks up something of the ceremonial, as though witnessing a rite of some kind. I'd love to have witnessed this live but am happy enough to have this document, a unique and beautiful recording. 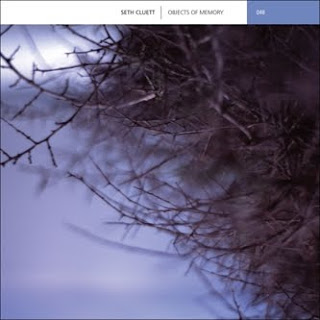 Five pieces with widely varying instrumentation but fitting into a common aesthetic, quiet, pensive, with, at their best, a nice subtle tension. "objects in stillness", for bassoon, viola, guitar, percussion and four sine tones, exemplifies this approach well, a sandy, drone-like piece that never rests easy, but diffuses slightly along its path. It also illustrates what I find lacking about some of the pieces, a kind of papery thinness that I might normally enjoy but here, often, find a tad insubstantial. The second work, for amplified paper, bowed vibraphone, bass drum and compressed air gets past this and works very well; the occasional grounding by the soft, thick sound of the drum no doubt helps but the textures as well integrate in a manner I hear as more delicious and sexy, if you will, than on the prior piece. The next work, for three guitars, electric bass and four sine tines, drifts back toward the territory marked out but the first, though smoother given the sources. Again, while pleasant, I felt the need for more grain, more toughness, however disguised.

Gears shift a bit for "doleros", a documentation of an installation at the Diapason Gallery in Brooklyn, delicate (and lovely) clinks playing off against a flux of gentle drones, the latter varying in texture, quietly surging forth and ebbing. Ambient voices and harsher clangs make a welcome appearance just as the near-twenty minute piece concludes; might have preferred such action earlier but the work hangs together well enough as is. The final and longest track, at 26 minutes, is a live performance involving cassettes and sine tones. It's the most purely drone-based work here, the pulsing (and attractive enough) sines offset just a bit by some rumbling beneath. It's a work one would much rather experience live where personal movement would effect the sounds perceived. On disc, there's once again a lack of depth, some gap I need filled.

There's much good music here but I can't shake the feeling that everything could be tightened, dirtied up a bit or otherwise somehow enhanced. I'd be curious to hear more from Cluett down the line. 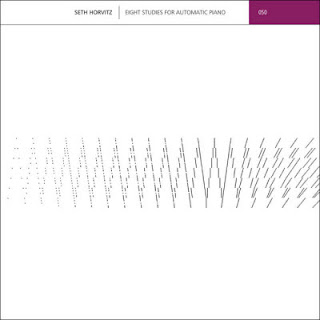 Impossible not to think of Nancarrow while listening to Horvitz' collection though in terms of the actual music heard, there seems to be a sliding toward Reich (with, as noted in the text one can read here Tenney serving as intermediary). Not sure if I'm imposing foreknowledge, but the use of a Disklavier imparts a subtle amount of cleanliness, if not slickness, to the proceedings that's mildly offputting; my analog soul prefers some irregularities and roughness that a paper roll and metal and wood piano can supply. Given that, though, the intricacies of the compositions are impressive and sonically overwhelming in the sense of the impossibility of a human to manage these scores with such precision. An yet, one wishes for more of a purely musical nature to balance the precision. Sometimes I had the impression of a mechanical Andriessen or Adams--much form, less of musical or, really, sonic interest. The barely-tamed wildness of Nancarrow is absent, subjugated to technical mastery. The final cut, "Strumming Machine", clearly nods toward Charlemagne Palestine but refuses to acknowledge his excesses which, after all, are a large part of his most successful music. More grit, please. 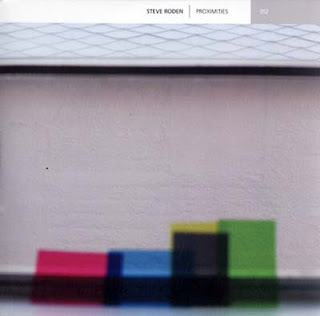 Nice idea. Roden, using a text by Donald Judd, selected a sequence therein of the letters A through G, recorded them on an old Paia Oz, played back the result,at dawn, in a gallery of some 50 of Judd's sculptures in Marfa, recording it all on a digital recorder, an iPhone and a micro-cassette recorder. One has the sense of other exterior sounds bleeding through though perhaps they're artifacts of the devices themselves. In any case they're a welcome tonic to the thick, syrupy (in a good sense) mini-organ tones, scraping and scouring them. It's 42 minutes is sometimes in danger of palling, but those background sounds buttress the Paia Oz, supplying the necessary tension, even dominating the affair on occasion. Toward the end, one hears a cascade of marvelous, hollow pings, which Roden identifies as the Judd sculptures themselves, expanding in the growing warmth of the room as the sun rose and beamed through the glass-sided enclosure. A lovely way to end. 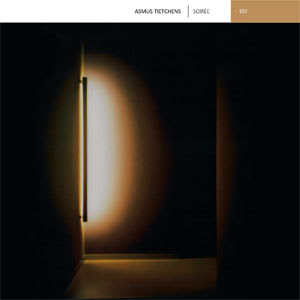 Wherein Tietchens takes pieces he's done in the past and "recycles" them, subjecting them to some kinds of iterative processes and presenting the 10th iteration of eight works on this recording. He asks, "Confronted with the variety of the results I ask myself: Is it really necessary to create further new electronic music if only one piece as a nucleus is sufficient to derive hundreds and hundreds of different distinct individual variants?" Well, I've no idea about the general question and don't know Tietchen's prior work nearly well enough to discern whether the results here are as rich as the originals or offer glimpses that they didn't, so I can only take these at face value. The music ranges from pieces with echoes of 60s tape collage to sparer, spacier works like "p1" that contain (refreshingly) too many gasps to ooze into anything too Eno-esque. Elsewhere, one almost has a sense of reworked field recordings, which may well be the case. The music is slippery in an odd way, giving hints of form and structure but quickly evaporating. It doesn't leave a strong image in my memory, but a pleasant enough tinge, like a blurred photo.

Wow, quite the Line round up.

I too loved hearing Judd's sculptures singing to the sunrise, simultaneously also closing the CD ...

I wonder if because of Roden's recording choices (such as the microcassette player and the iPhone), it contributed to the "grittiness" and/or "dirtiness" you found missing on the albums by Cluett and Horvitz...