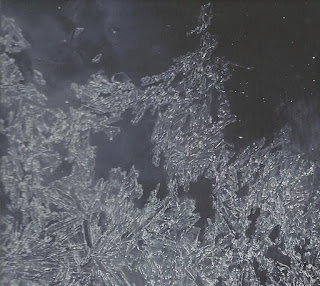 A strong recording from Matthews (digital synthesis, manipulated field recordings) and Costa Monteiro (amplified springs, electric motors, radio). I'm increasingly at a loss how to describe work like this insofar as differentiating it from that of others. This isn't a criticism--far from it, the music here is excellent--just to say that it inhabits a zone--grainy, amorphous but with organic shape, rich in depth--that's not so uncommon. Again, that's fine by me. I've enjoyed Costa Monteiro's work for quite some time and find he rarely disappoints. I'm far less familiar with Matthews, having heard perhaps four or five examples, liking some, not caring for others. But this is a really nice pairing, consistently (at least) interesting, sometimes elevating matters further. They handle density and sparseness equally well and their palette, which I hear in tones of rough gray and brown, is prickly and engaging. Love to hear them in concert...In the meantime, check this one out. 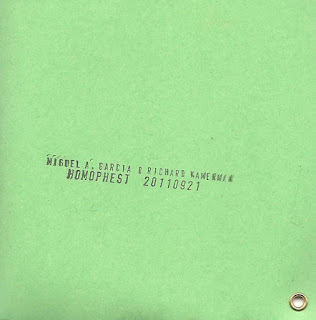 A half-hour live set from late September of last year, possibly a bit less aggressive and itchy than you might guess, building its own kind of flow, with tinkling and scratches and hums, cresting a couple of times, resettling. A satisfying set, one that would have been enjoyable to witness, not too far in character from some of the shows Kamerman and cohorts put on during the. AMPLIFY:stones earlier that month. 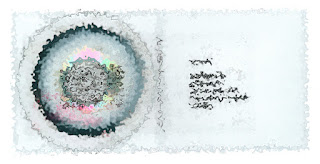 KEROAÄN - Daunting In Its Variousness: First In A Suite Of An Indeterminate Number Of Pieces (Copy for Your Records)

Software designed by Ian M, Fraser and Reed Evan Rosenberg. Funny, before I visited Ian's page, I remarked to myself on the Xenakis-ness of the title...otherwise, difficult to know what to say and, in fact, probably unfair given that it's the audio for a video installation where the light effects influence the audio (I think). One can get an idea from this vid:

Clearly, something you'd really have to experience in situ. As is, the audio dis feels a bit insubstantial though I think, as the structure is stochastic based, it may also simply be tough to grasp (at least for me) all at once. I have similar problems with some of Xenakis' music at the beginning, though over time things settle in. In any case, would love to see/hear the work sometime as I find something pretty exciting about it.