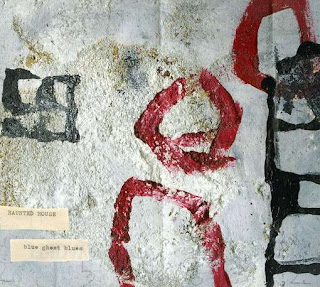 I don't know Connors' work, in or out of Haunted House, nearly as well as I should, having seen him but two or three times and only heard the early Erstwhile release by the group and a handful of solo projects of his. This recording should go a long way to changing that (and should have been somewhere on my year-end favorites listing; apologies for the omission). The opening track, "Millie's Not Afraid", is one of the more exciting pieces I've heard in recent months, a churning, surging stew of guitars, throbbing percussion and voice. The remaining tracks might not quite approach this height, but they're damn fine. Langille's voice works perfectly hear, the drumming of Murgali (on naf and kanjira) never fails to incite bodily movement and the twinned guitars of Conners and Burnes compliment and mesh in a thick, ropey, chiming mass that should be the envy of many a rock band. Fine stuff, do check it out.

As the title suggests, an evocation of the seasons via musique concrete means, though not overtly so. It begins slowly and not so distinguished from much other work in this field but gradually coalesces into something thickly mysterious, cavernous and immersive. That depth doesn't last too long though and the rest of the trip, while pleasant enough as it passes, doesn't really hit me so hard, It ends rather too cutely with a snatch of barrel organ (thought the ghost of Breuker appeared for a moment!). Not bad, not essential 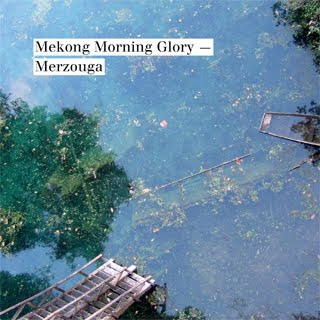 Merzouga is Eva Pöpplein and Janko Hanushevsky who together recorded sounds along the Mekong River through Laos, Cambodia and Vietnam, assembling them into the work at hand. There's a good bit of recognizable music from the beginning, presumably instruments encountered along the way (strings, by and large) reconfigured int he studio, melded with similarly deconstructed bird, engine, water, vocal, bell, urban and other sounds. There is indeed a strong sense of structure--the pieces don't just meander about but have discernible dynamic variance and blocks of morphing densities. It stands very much in a middle ground between field recordings and composition--a recurring single bass note offset by skittering strings around the 15-minute mark could easily be a near contemporary cello/bass exploration (Johnny Dyani/Abdul Wadud?) with a tweak or two. An interesting approach and it makes for an engaging listen. My main quibble is a general soft focus and lack of rawness, as though events had been "filmed" through a very thin gauze; I wanted a bit more bite.