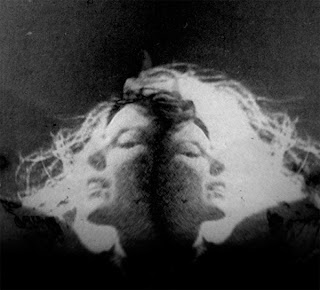 There's something about scraped or otherwise abused resonant metal that generates a sound of extreme complexity, the surface irregularities serving to carom the sounds within the basic structural regularity of the material, setting up a delicious, fractal yin/yang. By the same token, I imagine it's irresistible for those with a liking for electronic sound modification to use such metallic source material as a basis for further exploration and that's what Marhaug has done with Wastell's strokes here, the latter recorded in 2004, the augmentation done over the following year.

At first, Marhaug respects the quiet, shimmering tones of the tam-tam, layering the gentle billows atop one another, very much retaining the character of the source before hinting at mischief to come with an abrupt shard of noise. The second, longer section begins conservatively enough but gradually veers away from obvious sourcing, Marhaug adapting the sounds to his own ends, retaining all of the richness and complexity but extending the palette into other realms before retreating back into metallic clouds. It's simple on the one hand, but especially when played at volume reveals an enveloping mass of detail that's very entrancing. Good job.

As further inducement (or deterrent), the handsomely produced package includes wry liners from our own Alastair Wilson.... 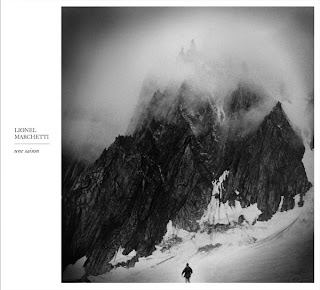 A two-disc set containing four previously released tracks, dating from 1993-2000. I was familiar with only one, "Portrait d'un glacier (Alpes 2173m) which appeared on Ground Fault about a decade ago and which I enjoyed very much then and still do today. It's the one work here that eschews vocalizations and, imho, is all the more powerful because of it.

Marchetti's pieces are always very complex, intricately constructed from widely disparate sources, weaving a dense dreamworld that, to my ears, is sometimes very convincing, but sometimes carries an artificial feeling that gnaws at me. The three works aside from the glaciated one all include the vocals of Hélène Bettencourt, operating in a moaning kind of manner all too reminiscent of the Shelley Hirsch's of the world, something it takes me some amount of concentration to get past. Still, Marchetti does manage to transcend this at times, notably in "L'oeil retourné" which builds wonderfully to an icy, clean plain. It's rocky, tough sledding for much of the music though ultimately worthwhile; one can sit back and marvel and the sheer ingenuity of the construction even if one isn't always moved by the outcome.

The release includes a booklet containing a fine essay by Michael Chion which also concentrates on the glacier piece which, imho, is the true gem here. 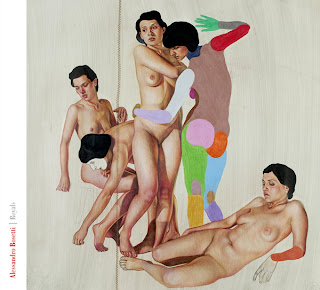 I admit that, after very much enjoying his work with Phosphor and several earlier recordings, much of Bosetti's recent work, a good deal of which has involved vocals, has left me cold. This one, unfortunately, continues that lineage.

It's very odd, sounding like an updating (with more advanced technology) of the work Nicolas Collins or maybe Scott Johnson was doing in the late 80s. There's a text, more or less self-referential, spoken on the first piece by Fernanda Farah, whose voice is (I take it via computer) echoed on a piano in strict unison; most of the vocals are treated this way, I think--electronically iterated in real-time by various instruments. There's something almost archaic about this; I guess it was mildly interesting the first time one encountered it (Richard Teitelbaum?), but it seems somewhat pointless now. The music and rhythms also have that kind of 80s post-minimalist feel, a bit sterile, almost drum-machine-esque. When the explicitness of the vocals and rhythms dissolves, as it does later in that first track, the results are much more enveloping and inviting, while still possessing somewhat the quality, inherently and in fact sonically, of ice cubes swirling in a crystal glass. When he brings out his soprano, the piece begins to sound a bit Braxton-y, in a good way, maybe a sidewise elaboration of the Ghost Trance work, the undercurrent of voices used effectively. But then it returns to the structure used at the beginning and pales...

"Life Expectations" continues the use of vocals triggering music, apparently rearranged found conversation in this case a la Scott Johnson. When the leaden rhythm appears, again one can't help thinking 80s post-fusion; very hard to get past. "Dead Man" uses text by W.G. Sebald, in French, alternating with a kind of mocking razz from what sound like kazoos mixed with other instruments. Again, a piano precisely echoes the words, an effect that has grown tiresome.

So, I don't get it overall but it's well-crafted and I imagine has its audience.