Five releases that feature Ernesto Rodrigues, recorded between 1999 and 2010 in various settings. Rodrigues has been heard on many, many discs, enough that I wouldn't presume to use these examples of anything definitive regarding a partial career arc, but in very general terms, they might be seen as limning some parts of a pathway. He's always, from what I've heard anyway, trod a line between (for lack of better shorthand) efi and eai, gradually casting aside some of the busier aspects of the former, but never entirely jettisoning that particular approach to group interplay. 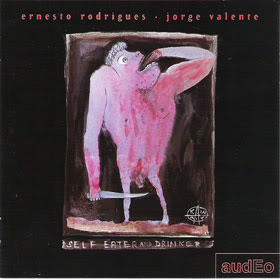 His duo from 1999 with Jorge Valente (synthesizer and computer) finds the pair (Rodrigues on violin, prepared violin, signal processor) in very scratchy, skittery mode on one piece, loopy and bloopy on another, spacy here, harsh there, less, as I hear it, expansive in exploration of areas than unfocussed. Within this, there's still a good measure of call and response, in solid efi fashion, less of a concern with the space. Now, to my ears, this makes things not so interesting, but especially at the time of its release, I could imagine it being door-opening to someone coming out of the (say) Wachsmann/Turner environment. 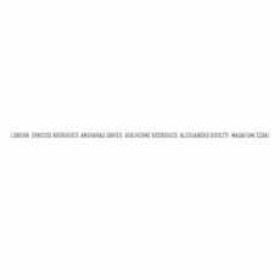 Skipping ahead a few years to 2005, tp the extent this could be considered representative (a dubious assertion, perhaps), one hears large strides having been made. No doubt some of this is due to his compadres here: aside from son Guilherme (cello), there are Angharad Davies (viola), Alessandro Bossetti (soprano saxophone and Masafumi Ezaki (trumpet), forming an attractive strings/winds quintet. It has its scratchy and overcrowded moments, to be sure, but there's a far greater sense of space, of sounds unfurling. They get into a very nice, sandpapery drone area about midway through, the pops of the strings contributing an especially fine layer. At about 33 minutes, it also lasts for just the right duration--a good recording all around. 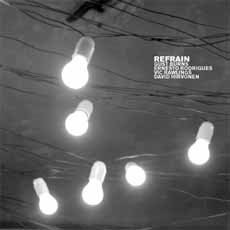 Another brief set (less than 27 minutes), from 2006, finds Rodrigues in the company of Gust Burns (piano), Vic Rawlings (Cello, electronics, loudspeakers) and David Hirvonen (electric guitar, electronics). Through most of the performnce, we're in scratchy drone territory, pretty restrained though somehow I feel it's less focused than I'd like to hear. Several minutes from the end, the music takes an abrupt turn into a harsher area, a nice tonic for what transpired earlier. In this instance, I may have liked to have heard more, further development, although that "coda" can also be understood as a tantalizing path, trod on for a little bit, opening to some glimpsed landscape but closed for now. 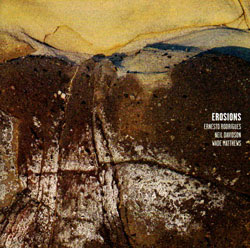 "Erosions" is a 2010 date with Rodrigues' viola accompanied by Wade Matthews' electronics and field recordings and Neil Davidson's rumbling acoustic guitar. Interestingly, I have the sense that, although the sounds here are quite full and active, the music is informed by quieter, more contemplative approaches heard or taken in the interim which have imparted a rich, breathing quality to the work, a sense of pacing and breathing that wasn't as prominent earlier (again, going from a meager number of samples but also of what I know of Rodrigues' prior catalog). I wasn't crazy about a previous Davidson solo effort but he fits in just fine here. In fact, the trio gels really nicely, creating a churning sound-world, with hints of drone, that results in one of the better recordings I've encountered from Rodrigues, well worth hearing. 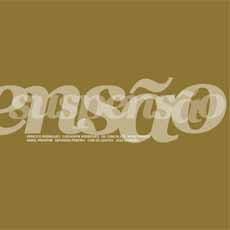 Since first encountering the music of the Iberian improvisers, I guess more than ten years ago now, I've been impressed by the territory they (speaking generally) carved out for themselves, distinct in a number of ways from the improv being practiced elsewhere. As they, inevitably, began to mingle more and more with other European, Asian and American musicians, the music widened in many respects, perhaps lost some idiosyncrasy in others. But here, as elsewhere, it's heartening not to hear complacency, to continue to hear the searching, often along that difficult, slippery and occasionally very rewarding path between efi and eai.