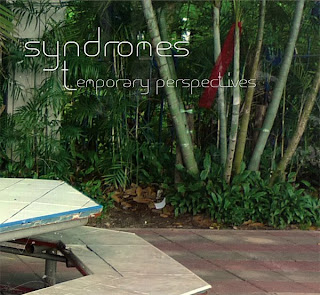 Syndromes is Kostis Kilymis, wielding field recordings, mics, computers, lloopp, guitars, etc., on four tough, thorny and generally quite absorbing tracks compiled between 2006 and 2009. There's a ton of stuff going on at many points; if anything the perception is more of musique concrete than eai or field recordings as such. "Less Surface Noise" might be technically true to its title but there's a lot of fine noise occurring, giving the general feel of being inside a large, tiled room with much indeterminate but vaguely threatening activity taking place: wet sliding, dull clangs, groaning metals. "Part 2 (My Voice)" is far sparser and harsher--contact mic crackles, sines, wind; not quite as successful as its predecessor but, in the context of the disc serving well as a textural change and bridge to "Much Remains to be Broken", a rich layering of adjacent sine tones segueing into some fine, clothy wind buffeting. "Improvised After the Fact" closes the recording with something of a return to the more open, mysterious world of the opening cut, outdoors now however, with hisses, keening, nearby rumbles and distant engines, very tantalizing. A good job, solid and well-realized. 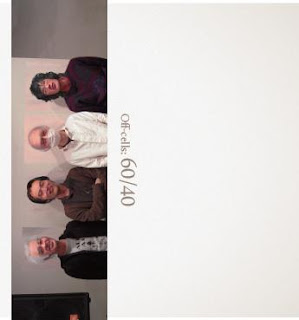 What an odd recording. Richard posted a lengthy and fine review of this a month ago, noting many things that would have passed me by, like the ratio of the track times, which certainly lends credence to the possible highly-post performance structuring that may have taken place. I'll just concern myself with the music as heard which is...odd and enjoyable. The personnel is Takahiro Kawaguchi (objects), Utah Kawasaki (analog synth), Taku Unami (guitar) and Seijiro Murayama (percussion). The whole thing carries something of an Unami "feel" to it, the soft disjunctures, the subtle sense of play, the isolate, clear sounds. As Richard points out, there's little impression of intentional interplay here and one wouldn't be surprised to learn there was a score involved (though I've no reason to think so). Events occur in the same space, abut or slide past each other, dissipate. It's fairly quiet, though not too, reasonably active, though never remotely crowded, more or less calm though not without nervous energy. There's a certain alien mechanicalness as well--many of the sounds are iterated with an unhurried, insectile aspect. Just as one gets used to it, something happens like Murayama exploding into a free jazzish "solo" or Unami picking out clear, Jim Hall-like tones; it's somewhat disquieting.

I don't know quite what to make of it all. If you sit back and just let it wash over you, it's fine and gently prickly. As soon as you try to decipher what's going on, it evanesces a bit and loses form. Frustrating, but I bet it's one I come back to and find that it yields more over the years. People should hear it.