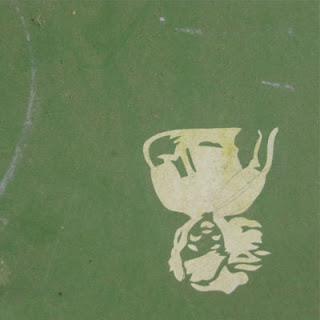 "hwaet"* (an Old English term that literally means "what" but more generally was used as "Listen!" or "Hear me!") was compiled by this pair over a period of a few years and, as such, it's tempting to hear the disc as a suite of sorts, with an overarching structure. It begins with hardscrabble, dirty electronics, not so different from that heard in, for example, the area frequented by Bonnie Jones or Joe Foster, rapid-fire popping and harsh static. But the music opens doors after that, lets in air, expands. Rossetto's viola surfaces now and then, a welcome and oddly warm element. There's a lovely ebb and flow, a really fine balance of dynamics and textures, up to what strikes me as the disc's climax, the sixth (of seven) cut, "miwoyn". It's a small masterpiece of site recordings, sine waves, low drones and who knows what else, all gorgeously spaced and layered, creating an exceptionally vital and rich sound world. It closes with something of a return to the territory explored on the first track though expanded, airier, more confident. A fine recording, get it.

*I think "Hwaet" might be the name the duo goes by in addition to the album title, for accuracy's sake. 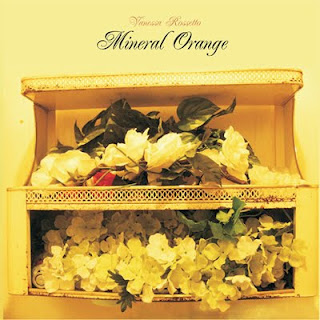 Rossetto's new solo LP is even better. I'm afraid any description won't sufficiently get across the goings on here, but I'll say that the potential shown in her works from a couple of years back, like "whoreson in the wilderness" has been fully realized. The viola has become one element of many (though a crucial one), embedded in a breathing, detail-filled sound world wherein each episode is both surprising and, in retrospect, absolutely appropriate. The opening low engine sounds bleed into an outdoor environment with soft chatter, the viola, a string orchestra tuning up (? I think?), more traffic, hisses, an ice cream truck (?), etc. all at great density combined with lucid clarity. It's like an unusually cohesive dream. Things always shift, though, sidling over to adjacent or distant areas, the ensuing track more electronics-oriented at first, giving way to masses of birds over a gentle, metallic hum and nearby clatter. At the end, a very simple, heartfelt melody on piano is heard, only just briefly, a glimpse through a window while biking by.

That orchestra (multi-tracked viola?) pops up again on the third cut, embedded in watery sounds, hums, zippers being zippered, clinks--so much more. But I do the music a disservice in only delineating the sequence of elements--everything hangs together wonderfully, filling the sonic page and then some, billowing outward. I've listened to it some 15 times as of this writing and I continue to hear new relationships, continue to be surprised, loving it more and more. Marvelous work.

One of my favorite releases of the year. Have turntable, get this record.

Thanks for this. Rossetto's work was unknown to me. And thanks for all your words. These days it's hard to find worth while music blogs with unplagiarized reviews behind them.