I wouldn't be surprised if more than half of the releases that come my way contain field recordings to one extent or another, sometimes just as one element among many, often processed, sometimes pure and making up the entire sound world. As I've said before, it seems extra tough to quantify these things except to use a kind of photographic aesthetic, including that of the snapshot. Why do Eggleston or Winogrand stand out, for instance (why indeed?). In any case, here are two fine disc, one which uses said recordings as an element among many, the other just awash in them, each quite different, each quite good. 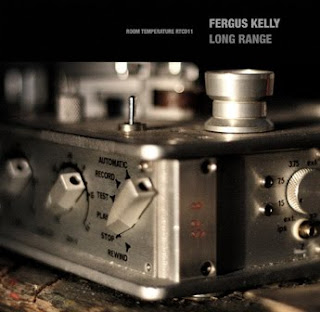 Kelly (who I believe is a bassist at heart) uses a kind of kitchen sunk approach while constructing dense, grimy sonic episodes. One track, for instance, lists "bone, alarm bell, bowed spring, rubber mallets, frame drum, cymbal, coffee whisk, inside piano, bowed telephone bell, bass, processing). At its best, as on the first and last tracks here, there's a very strong cinematic feel, a kind of implied narrative for which the listener can easily supply his/her own story details, Kelly's growling construction rolling through streets clogged with children and worried mommies. He generally utilizes a very wide range of pitches and densities, creating a space that's full, dark and somber while retaining a crispness and airiness that's very enticing. Really well done work, give a listen. 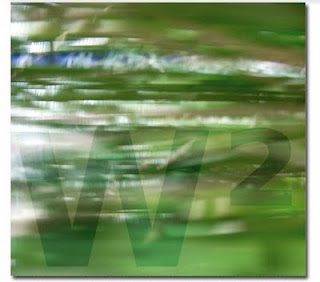 I am, unfortunately, only minimally familiar with La Casa's previous work, so I have little direct idea how this set fits in though given that the recordings selected here were apparently amassed over some period of time, I wouldn't be surprised if this isn't more or less representative. Whatever the case, they're marvelous and present, at least in part, the other extreme, where the field recordings are all that is the case, however much they've been processed, layered, etc. (which I'm assuming is often the case here, though I could be wrong).

Two discs, one of water sounds, one of wind. Why they sound so fantastic is, as I said above, rather like figuring out why an Eggleston snapshot is similarly so. The choices made, obviously--picking this set of sounds as opposed to that one, the sculpting involved, the ability to focus the observer on one or several foci (the amazing, metallic resonances in "Les pierres de seuil, part 5" on the water disc, for example). The sheer drama of the moment (or contrived moment), what La Cassa, in his notes, refers to as the "sound story". The wind disc immediately offers sounds that seem more wind-caused than purely aeolian. But so, so full and...windy. And, I must say, an awful lot of drama. The arc and tension of these pieces may betray the compositional actions taken but they're so finely limned, one doesn't care. Describing them seems fruitless--something about the wind tracks is very special, maybe their sheer presence and seemingly endless variation within the form. Difficult to say; they seem to sum up the gist of an entire slice of the world, maybe the way Eggleston's teenage employee pushing a shopping cart manages to sum up his.

Among the best of this area that I've heard.