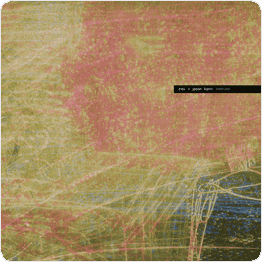 In 1982, I attended a performance of Glenn Branca's Symphony No. 2 at St. Mark's Church in the East Village, which concert was eventually released as the the official recording. At the time (I wish still), Branca was largely using home-made guitars, banks of 2 x 4's strung with guitar wire, arranged in a semi-circle. In the middle of the performing space was an enormous bass drum, positioned almost horizontally, at about a ten degree tilt. As the Lights dimmed, out strode an imposing, shaven-head figure clad in tight, black pants, heavy black boots, no shirt but two thick, leather straps crossing his chest, carrying what could only be described as clubs. Z'ev. He proceeded to pound the drum ritualistically, intensely, for several minutes before the rest of the ensemble entered. Later, he returned with heavy chains attached to gauntlets on his wrists. At the opposite end of the chains were affixed various large pieces of metal: basins, pots, sheets. He whirled them about in an amazing display of sheer stamina, resulting in a hellish and absorbing clamor.

I guess he's mellowed since then...In the company of Jason Kahn (two live performances from 2009), he still, to the extent one can differentiate his contributions (difficult) confronts metallic objects but in a much more considered fashion, clearly caring about the interaction with his compadre. Kahn, for his part, once again (as in the earlier reviewed disc with Muller and Wolfarth on Mikroton) happily subverts expectations. Here and there one hears his trademarked, rapid fire, precise hand percussion but generally, the pair work in looser territory, eliciting a wonderful array of pitches and textures, implying rhythm but never quite getting there. Z'ev engages in quite a bit of rubbing, the rough moans effectively offsetting Kahn's quick, bell-like strokes. The second cut contains more kernels of intense activity but still embedded in kind of stasis, the short, low rhythmic figures toward the end summoning forth a ritual feeling that took me back to that Branca show...

Good recording, well worth hearing for fans of either musician.

I was amused when I discovered that the title of this recording translates, in English, to "Fear of Flying". Something about that concept resonated with the array of bowed metals on display here as though Vorfeld, playing solo, had perilously taken to the air. The music is bustling, the details rich enough, the attacks varied; it's all fine but I find the requisite amount of drive to be lacking. It's simply too much akin to any number of quasi-similar efforts and Vorfeld doesn't possess, to these ears, the degree of rigor that, say, is evident in an Eddie Prevost or Sean Meehan. Not bad but not essential. 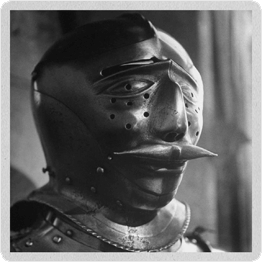 Neurobot is Jacob Staniszewski (home computer, Korg Polysix), Artur Loxdrowski (laptop, Tascam 4-track) and Dominik Kowalczyk (laptop), augmented by Maciek Siwnkiewicz (turntables) on one cut. This recording is from 2001 and I suppose a reasonable comparison would be to the work of Voice Crack from around the same period. Very dense, burbling electronics with a rough, homemade feel, generally a pulse of sorts in play, the odd radio capture bleeding through. The good thing is that the music as just as raucously enjoyable as Voice Crack could be, maybe even more so. This is a case where the underlying tonal and rhythmic elements, which subtly refer to rock forms, actually enhance the abstract noise, providing the kind of glue that doesn't feel like a concession but as a natural outgrowth (or, more accurately, root system). There are missteps (the flying saucer dialogue in "What Do We Need to Know?" is rather hokey, for instance and the sample grunts, taunts, etc. in the final cut are, while humorous--"Get the fuck outta my foyer!"--a little much) but overall this is an enjoyable effort, a rough and tumble joyride worth taking.

Wonder what they're up to these days?

Jakub Mikolajczyk, Monotype's head honcho, was also kind enough to send along a label sampler consisting of 18 tracks, among them very fine ones from Lasse Marhaug/Mark Wastell, Alfredo Costa Monteiro, Gauguet/Hautzinger/Lehn, Komora A, Mirt, Michel Doneda and Hot Club (which I believe includes our own Dan Warburton)