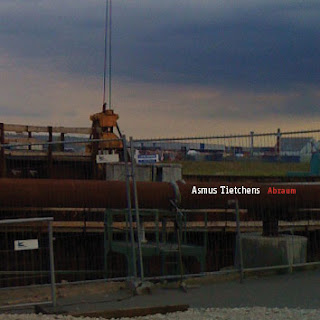 The subject of these field recordings is a subway tunnel under construction in Hamburg, nearby the harbor. As Tiechens points out, many of the sounds he expected to encounter by virtue of the proximity to water didn't manifest, at least not directly. Instead, he was confronted with metallic jangling, tapping and rustling, creating it's own erose flow. Whatever the case, the resultant captures make for wonderful and absorbing listening here, with no small amount of mystery and tension. There's a general similarity to the four tracks but, of course, adjusting one's aural focus reveals all sorts of differences and grains. Tsunoda is still my touchstone in this area but if Tietchens' work doesn't quite attain that plateau, it's richer than most and worth checking out. 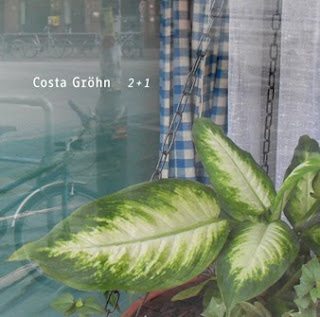 A 3", 15 minute disc from Gröhn, who I don't believe I've previously heard. I note in his bio that he's "pastor at the St. Johannis Church in Hamburg", I daresay a position unique in this area of music? He uses processed field recording with, at least on the last of three cuts here, vinyl samples attached. The first is fairly standard, interspersing crickets and the like with feedback-y hums and the odd disembodied voice, well realized, with perhaps more than a nod toward Ferrari. The second is easily the highlight, a mysterious brew of rumbles, empty vinyl, fire and sonar-like blips, rich, unexpected and evocative. Unfortunately, the last piece uses a (intentionally?) banal drum track over those blips with a recording that sounds like a restaurant interior, all to no particular effect. 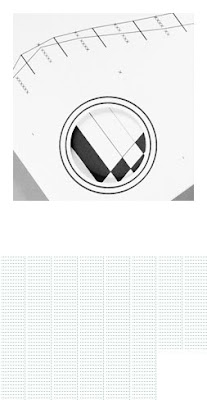 Skarabee (and Tusk below) is Stuart Chalmers, an English musician hitherto unknown to me, a situation happily remedied with these two discs. Each have a homemade quality that's very appealing--one imagines a fellow sitting around, following his muse without so much regard for the external world. As Skarabee, Chalmers uses electronics, contact mics, object and karimba [sic] (I've always known the instrument as "kalimba" and, in fact, prefer "mbira" but see that karimba is also used). I'm a sucker for the karimba and love how it sounds integrated with more abstract fare as on the first track here. Elsewhere, Chalmers tend to use rhythmic elements, often rapid or looped, varying from scratchy to smoother. The pieces have something of a jewel-like quality and can come close to being over-precious, but there's enough grit and friction to keep them interesting. Still, would like to hear him in conjunction with others, to force things outward somewhat. A good recording, though, worth hearing.

As Tusk, all the sounds derive from a Bugbrand Weevil, described as a "small 2 oscillator device with touch pads". As heard here, its output ranges from tiny squeaks to harsh blats, always with something of a "bleat" abiding below. The ten tracks here have more or less geologic titles and often provide a rough match to the sounds heard--"volcanic" is loud and explosive while "dust" is hardly there. I'm not quite convinced that the Weevil has sufficient range to bear an entire release on its shoulders--there's something same-y about its sound as heard here--though perhaps if Chalmers gave it more breathing room, it might fare better. Apart from a couple of tracks, the activity level here is fairly intense and comes across as frenetic rather than thoughtful. When he pulls in the reins a bit, as on "sand", detail emerges and fascination accrues. As with "Tlön", I'd be interested in hearing this manifestation of Chalmers in concert with others.

hi Brian
thanks for your review, its good to hear your input on these sounds.
Your comments on the tusk cdr being more frenetic i agree with.
i was looking to try a more intense approach and the weevil lent itself to this.
i may try to explore its quieter side soon....