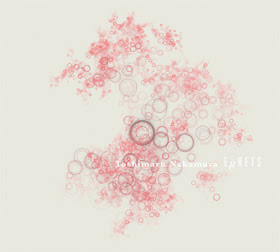 Not your typical Toshi album. There are four new "nimbs", numbers 42-45, all solo and quite a bit more consonant than what we expect from Toshi. I'm actually somewhat surprised he's able to draw these sounds from his mixing board but I guess he continues to find alleyways hitherto unheard. The nimbs are ok, a little woozy, though #45 stands out, its underlying violence reminding me of a toned down version of the sunspot cut on "between".

On the other four tracks, he's accompanied by Tetuzi Akiyama, playing acoustic and very sumptuously, and Arve Henriksen on trumpet. Perhaps a function of the label, again the pieces are much more user-friendly than even the other recordings Toshi's done recently with Swedish musicians. There are interjections of static and noise, to be sure, and Henriksen's trumpet pretty much stays in post-Dorner territory, but Akiyama's guitar tends to carry pieces like "Semi" where he's in very pastoral form, pure ringing tones. The more abstract efforts still come across as generally tonal as well, kind of like rough-hewn Fennesz. They're all solid, by and large enjoyable but not as strong as Toshi at his best. The exception, for me, is "Yura" on which I'd swear there's a bass clarinet in play. If that's a trumpet, Mr. Henriksen has opened an area on that instrument I've never been privy to. It's a marvelous piece, in any case. 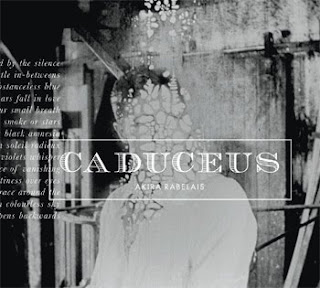 I'm not very familiar with the work of Rabelais, only owning the previous release on this label, "Spellewauerynsherde", which I more or less enjoyed. "Caduceus" is all software-processed guitar and once again, I'm forced to compare it to Fennesz. The music has a similar, underlying dreamy tonality gilded with a healthy dollop of granular harshness. Of course, this is an attractive combination but one senses something of the formulaic after a while, an ease of creation (kind of what I feel when manipulating contrast and color saturation on photos--good-looking results are almost too easy) that inches matters toward a kind of pleasant sameness. Around midway through the disc, Rabelais starts to rein things in a bit (some of the earlier pieces border on the bombastic) and the results are gratifying: simpler, plucked guitar lines over hazy noise and the like. Nothing earth-shattering, but having a more honest feel. Doesn't last long, though.

As with the recent Sylvian project, simply by virtue of being on his label, one hopes exposure to music like this will induce some small percentage of neophyte listeners to investigate further. For the rest of us--not bad, not mandatory. 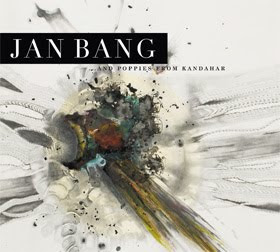 Jon Hassell only appears on one of the eleven tracks here but there's a Hassellian cast to much of the proceedings, Jan Bang interweaving live instrumentals, studio processing, field recordings and other effluvia into dreamy, off-kilter soundscapes--dreamscapes might be a better term--that carry the whiff of the exotic. Maybe more than Hassell, I'm reminded of the late Hector Zazou, that kind of careful sampling, leavened with enticing electronica, quasi-ethnic rhythms from various climes, augmented by evocative vocals; Sidsel Endresen on "The Midwife's Dilemma", sounding more convincing than on the recent Kim Myhr/Trondheim Jazz Orchestra offering. The exotica can get over the top, as on the swirls of Arabic melodies that flit in and out of "Passport Control", but by and large, the journey is a comfortable one. There's nice trumpet work both from Henriksen (in smoother form than with Toshi) and Nils Petter Molvar, the latter on "Abdication and Coronation", a moody, lovely piece, probably my favorite from the album.

Again, a decent enough entryway into this particular end of the spectrum; not so sure how necessary it is for folks who have already made the trip.

What a great pleasure to read your comments on the Samadhisound new releases. In general I find people praising just because it's David Sylvian involved, or because they don't really know what the albums are really about but sound cool.
Your comments on the other hand, really talk to me in a language that isn't mine, but with words that suit my thoughts. thank you.

Thanks, Mag. Yes, I'm sure most of the reviews one encounters stem from those with an affinity toward Sylvian. I'm just the opposite. I barely knew who he was, but for example, I've been a fan of Toshi for a decade or so.

yeah you right is not the traditional sound, not the same music of all time, this time this band had more time think in a best way how to organize this work.