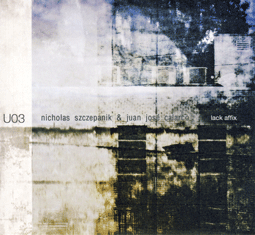 Field recordings captured by Szczepanik (in Maryland and Washington, DC) and Calarco (in Buenos Aires), processed by each. Always difficult to write about aside from general impressions of place, mood texture. I suppose "pacing" is another important attribute and this set of three pieces is paced quite well, which is to say that it has the feel of an authentic environment, not one gussied up or fussed over for the purpose of a recording. Things unspool unhurriedly, the sound-colors vary but seem as though they could indeed have proceeded from one another, no sense of having been artificially affixed. It's dark, moody, pensive, a bit damp. Enjoyable without knocking one out which, really, is a good thing. 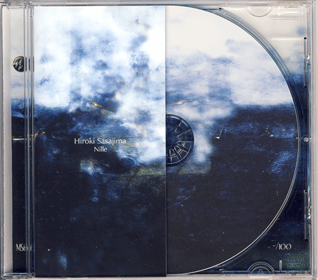 Here we have more field recordings, layered but otherwise not apparently processed and while perfectly pleasant, something nags me about them. Their source is obscure, though water is around, engines of some kind, rustling that appears to be naturally compelled (perhaps via wind). But I get the sense of too many fingers in the pie, too much interference in the act of compiling the sounds on the part of Sasajima. It's, oddly, that the sounds are too consistently interesting, that there aren't the lulls one would expect to encounter, as if what one hears has been cherry-picked, all the "best parts" and that seems at odds with, at least, the aesthetic I prefer. The last track (perhaps processed?) has a repeated pulse that provides some interest, though I guess my point would be that a really good field recording release wouldn't need that. It's fine, many listeners in this neck of the woods will probably enjoy it, but it somehow failed to move me. 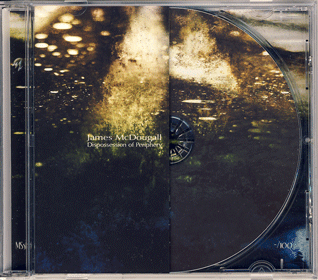 Staying in a similar area, Australian McDougall also works with field recordings, more processed than Sasajima I believe, and achieves more textural depth though again...not as compelling as I'd like to hear, maybe a few shades over-dramatic. There's a line somewhere between field recordings and soundscapes and sometimes that line gets afflicted with a kind of exotica sensibility that, lush though it may be, fails to completely satisfy. On the third track here, for instance, there's a sound that can easily be interpreted as a didgeridoo (it may be one, for all I know) which imparts too much a postcard feel to the offering. Again, not "bad" in any fundamental sense, just that I feel I need me some Tsunoda as an aural palate cleanser. 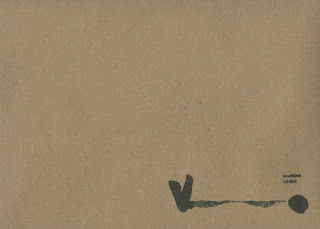 Christopher McFall - The Body As I Left It (Sourdine)

McFall knows how to attack this problem properly. HE doesn't shy away from quasi-melodic content but manages (usually) to embed it in a setting where it feels natural, not tacked on, as though the motors, wind, water, etc. just happened to have come together for a brief while in this attractive pattern. When he steps beyond this, as on the fourth track, and introduces clearly separate "musical" elements, there's a bit of a disjuncture; it's too overt, too ingratiating, perhaps nodding overmuch to a new listener. It's something of a tightrope walk, but for every misstep, McFall nails one, as on the subsequent cut, where rough bangs and ticks jostle with faded, romantic piano (reminding me very much of parts of Asher's "Miniatures" set. The pieces are short and one does get the sense of an intentional stab toward a slightly wider audience, but overall, I was pretty much sold and enjoyed the ride.

McFall's release is, overall, compelling and relaxed at once.
Asher and McFall confront my residual,half-baked notion that the strongest musical works have to be, among other things, difficult. No they don't.